“When all the butterflies in outer space flap their wings and their intra-universal tidal wave whomps the skeletons out of your skin closets, you wiggle… forever. Supersillyus, the producer-multinstrumentalist-wizard-wierdo, has welcomed us all aboard his spaceshuttle. His combination of beautiful synthesizer melodies with insanely intricate drum programming and xylophone-heavy live percussion makes for a refreshingly original amalgamation of IDM, Psy-Trance, and Trip-Hop. Top that sound-sundae off with a heap of artfully spliced homemade sound effects and it is very safe to say Supersillyus is not your uncles MPC onch music.” 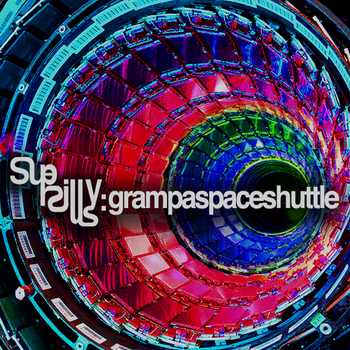 Much like the first few times that I was introduced to Squarepusher or Shpongle, as I listen to Supersillyus’ music I find myself thinking over and over, “Where the fuck did he come up with that sound?!” His debut album, “Grampaspaceshuttle,” is a 15 track wacky-coaster ride through the creative mind of electronic producer Rob Uslan. Uslan grew up inhaling In-N-Out burgers and soaking up the sun in Los Angeles, before spending the past four years training as a wizard-like producer in the Allston neighborhood of Boston. He welds “traditional” IDM, ambient, noise, psytrance, and trip-hop which, as you can imagine, produces a nearly indescribable sound.

A clear difference between Supersillyus’ style and that of his IDM predecessors is that he is not afraid of sounding lighthearted, or downright silly- as his name suggests. Unlike some of the UK’s gods of IDM, Supersillyus’ mind is set on making an audience dance, smile, and think of funny thoughts- while still upholding that mad scientist-like electronic composition. While I admit that I have had to almost throw my laptop against the wall in frustration from just how crazy, insane or minimal an Aphex Twin track can be, Supersillyus’ compositions never bring my mind to such a place. Throughout “Grampaspaceshuttle,” Uslan makes it very clear when he wants his listeners to sway and rock, or get lost in an audible rabbit hole.

Supersillyus’ use of synthetic drum beats is really something to let your robot ears explore. The pairing of tracks “/San” and “Havo/” is a premium point in the album, highlighting his precision in creating a tight, organic sounding drum layer and then tweaking that into a more sporadic glitch hop drum beat. What I find to be most useful from this technique is that at any point, he can slightly change the tone of his MIDI’s high-hat or snare sounds without changing the beat itself.

In the Twisted style of Simon Posford’s Shpongle or Hallucinogen tracks, Supersillyus makes sure to provide his share of tripped out vocals throughout “Grampaspaceshuttle”. Beginning with the album’s first (hidden) track, “FSM (Flight Safety Manual)”, Supersillyus’ dark Shuttle captain booms “We here at Supersillyus airlines would like to advise you to keep your legs in your armholes and your arms in your legholes at all times. In the event of an emergency please feel free to use yourself or your neighbor as a flotation device. Sit back, relax, and enjoy the funky skies…OF SPACE!” The final track, “Ultimafife”, includes a strange, low voice that repeats the phrase “no one gets left behind”, which is layered atop a soft fife (a small, high-pitched, transverse flute) progression.

As I sit here attempting to be as precise as possible in describing the sound of some of Supersillyus‘ tracks, I realize more and more that it’s difficult, if not wrong for me to try and tie Uslan down to specific genres. I think that Richard David James (Aphex Twin) said it best when commenting on his Intelligent Dance Music classification: “I just think it’s really funny to have terms like that. It’s basically saying, ‘this is intelligent and everything else is stupid.’ It’s really nasty to everyone else’s music. (laughs) It makes me laugh, things like that. I don’t use names. I just say that I like something or I don’t.” —Aphex Twin

As for me, I’d say that I like Supersillyus and his “Grampaspaceshuttle.” Enjoy/stream/download the three tracks I’ve described below, or download the entire 15-track album for free at www.supersillyus.com! 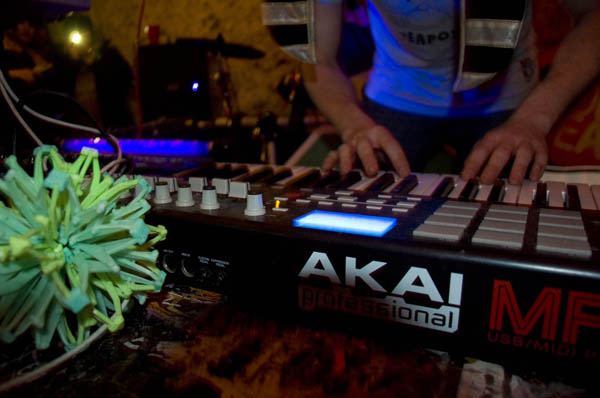 Weightlessness. “The gravity of the situation struck them all”, a deep voice states as the song starts off. It begins with a myriad of light sounds that ebb and flow into a surreal sonic state. I feel as if I was just beamed onto an aquatic world from the original Star Trek series. As the song nears its half-way point, a low BPM is established and Supersillyus begins to let loose his signature style of glitch. Sounds resonate and skip around in the age-old IDM fashion, blanketing a beautifully eerie organ-like synth hook. At (3:58) Supersillyus lets the raw industrial sounds go solo- acting as a springboard for a combination of layers that culminate in a whirlwind of unearthly downtempo beats.

A steady keyboard progression acts as a base in which many strange sounds and beats encircle. I could swear that I hear the swishing of a sword. (1:35) A bass heavy sound takes center stage. “Ooga Ooga Ooga Chaka” (or something close to that) is repeated over and over by a deep tribal voice as Supersillyus’ heavy synth sounds ensue. The music stops…“Girls and boys, come out to play, The moon doth shine as bright as day. Leave your supper, and leave your sleep, and come with your playfellows into the street. Come with a whoop, come with a call. Come with a good will or not at all. Up the ladder and down the wall, a halfpenny roll will serve us all. You find milk, and I’ll find flour,  and we’ll have a pudding in half an hour.” An INSANE distorted voice provides this weird soliloquy that you’ll have to interpret for yourselves. Then the song changes direction, as an elegant acoustic guitar/chime progression plays behind circling glitch sounds. The last thirty seconds of this song might be my favorite. Superb.

Drums all over the place! The beats really come barreling at you as this song begins. Every other sound is some variation of a weird drippy laser- pulling the song carefully along the path laid out by the drums. Great way to start the album off. Drums drop out and the dripping laser barrage continues. (2:20) Enter the Saxaboom! That loud, obnoxious saxophone-esque sound is Supersillyus‘ secret musical weapon. Using this pseudo instrument that looks like some bad-ass toy (originally played by Tenacious D) is something I’ve never seen done before with electronic music. It meshes well with the trip-hop feel that emerges towards the end of this track. On a side note, when Supersillyus performs this song live its made even better by his Saxaboom skills and added percussion through a variety of hand drums.