We drove north of San Francisco through wine country, into the thick Mendocino National Forest just east of Ukiah. The rain was already coming down when we arrived; I put on my foul weather gear and new boots as we headed out to explore the grounds. The venue was a retreat and healing center perfect for a small festival like this – there were cabins to rent, heated lodges, real bathrooms and a very popular hot tub onsite. It was even smaller than I had imagined, but set up with everything we’d need – the mainstage featured a beautiful altar, Audiopixel‘s lighting designs behind the artists and a Funktion 1 audio system ready to blow our faces off. There was also a stage by the pool area that offered a change of pace from whatever else was going on, and music in one of the heated lodges, where you could slide around the hardwood floor in your socks!

The lineup was packed with talent, including Kilowatts, OTT, VibeSquad, Freq Nasty, RD, Mochipet, Bluetech, Rena Jones, Eliot Lipp, Ana Sia, Heyoka, Random Rab, The Great Mundane, NastyNasty, David Starfire and Love & Light.. but the main event was clearly the debut of The Tipper Sound Experience. Dave Tipper has taken his live performance to a new level by incorporating brand new dance material, a custom 3D Audiopixel lighting system, and Funktion 1 speakers. His set was carefully crafted from the first tones, various, liquid and unrelenting. See for yourself, I got as much video as I could:

Raindance is a family affair – everyone knows each other and has been a part of the Norcal underground tribe for a long time. Refined, evolved lifers, industry players, baller growers, local hicks, old-school scenesters, down-to-earth artists and misfit freaks made up the crowd, which felt experienced, passionate and highly stylized. We were welcomed outsiders, mostly. We are, after all, two good-looking, fast-talking Italian guys from New York, and that’s bound to ruffle some feathers just about anywhere.

Overall a chill and friendly scene, there were definitely a few gangsters fresh out the pen and I was surprised to find a shady 60 year old GDF Hell’s Angel selling dope. As mature and elite as it was, it was still a hippie festival after all. I was relieved to find a bunch of other people who could dance, its such a rare thing in this heavily Caucasian scene. They were wild and uninhibited in their movements, graceful and playful and free. It was contagious and sexy; I jumped in immediately and showed them I was on the level, starting to feel right at home.

The layout was like a little village, the main stage and dance area occupying the central square. There was one food vendor, Convergence, serving up tasty, healthy treats, and a coffee stand that was extremely popular. Wine was the beverage of the weekend, because it was Norcal, and most people are too cool for beer, or gluten in general.

One of the special things about this festival is that the top producers bring their best and compete with each other, debuting unreleased gold, giving the devoted a glimpse of what’s in store for the masses over the next few months. Kilowatts kicked things off Friday night with his soothing, phosphorescent beats. It was my first time seeing him spin solo, and I was impressed with the energy and depth of his material that I had thought of as minimal downtempo until then.

Ott followed, playing a bunch of stuff of his new album Mir and a few tracks I’d never heard. Rena Jones really stood out playing right before Tipper.. She has long been a favorite composer, but watching her play cello and violin live made me realize what an incredible performance talent she is. She also showed a more uptempo side at times, getting us dancing and warmed up with glitchy, dark dance tracks, transitioning well into the much anticipated headliner. Its time people outside of this little niche recognized her as the force she is.

The Tipper Sound Experience lived up to all the hype, delivering a brutal assault on the senses. His new tracks are hard-hitting and complex as expected, and seeing him spin on a proper sound system made me realize why he made such a big deal about it. Everyone was amped when he came on at Midnight on Saturday, opening with a new intro track and cutting into growling beats that blasted through us, then carefully timed mathematical builds and masterful scratching. Eliot Lipp was visibly nervous following one of the best electronic sets I’ve ever seen, but held his own with a modern mix of crystal-beam electro.

Ana Sia held it down for the Bay-area underground after that; she is so OG, slamming down hip hop inspired breakbeats and a little Drum n’ Bass, weaving like a cobra behind the decks. VibeSquad did his thing late-night, and I started to feel like I was in a San Francisco club around 5 am. Freq Nasty’s set was actually impressive, a  machine-gun clip of driving dubstep. Heyoka was strange and experimental, mixing old-timey melodies like carnival sounds and music from the 20s with alien effects and Nintendo beats. David Starfire was tribal and sexy as ever during his sunrise set Sunday morning.

Love & Light have a lotta energy and potential, and got the crowd pumpin, but after a while started to sound the same – I feel that they’d benefit from taking more time in production and using more diverse samples and tempos. When I discovered their track “Funkin Lovely” on An-ten-nae‘s Acid Crunk compilation, I was really excited by their sound, and hope they take a step back from blowing up so quickly to make more tunes like that.

MiHKal was cool by the pool, as was Bluetech, and the pool party element is always welcome at small festivals. Mochipet tore it up late-night – he is legit. Beats are this Korean kid’s video game and he pwns you. Dov and Timonkey are dope DJs well known in the local scene but not beyond it, take notice! Stridah is  a quality up-and-coming DJ who closed things out on the main stage Sunday morning, keep an eye out for more from him..

The people and culture of the place were every bit as interesting as the music, however. The live painting and visual projection artists were some of the best I’ve seen, and the crowd made raging into an artform.. Two guys in speedos covered themselves in mud from head to toe and danced around with incredible primal energy at dawn, mimicking cave men and mimes, hula hooping in the rain, contact dancing like mad men, humping the mud and writhing in puddles. A contingent of imps drew bright marker moustaches on anyone they could convince it was a good idea. Mad fashions were invented as weirdos expressed themselves in fiercely unique ways – Heyoka donned a t-shirt with a tuxedo jacket and bright pink bowtie printed on it and a large tutu. They’re poking crystals through the brims of hats now. Animal ears, tails and fantasy burner garb abounded.

I really enjoyed the casual atmosphere and getting the opportunity to meet and talk to so many interesting and knowledgeable people at once. I finally met Dave Tipper and his manager Dave Veler after conducting an extensive interview with them via phone and email. I chilled with Andrei Heyoka and Jeffrey Acciaioli (The Great Mundane), met Muti Music head Dov and served coffee to Ana Sia while volunteering at the stand to get to know a beautiful girl that worked there. It was a gathering of great minds just hanging out, and the list of memorable interactions goes on and on. The Jamwok is a natural networker, and succeeded in giving everyone including the falafel cook his business card. We made connects for all facets of life, including some kids to stay with along the way to our next destinations.

Our journey of exploration had led us to infiltrating the tight community of tastemakers that runs Norcal. The overdue introductions that had started at LIB were continued, but it was clear the process of proving ourselves and joining the tribe had only just begun. These were seasoned, wary veterans we were dealing with, people who have earned their status through years of study and cultivation – many are extremely talented brains completely unappreciated by mainstream society, whose only power comes at these rare occasions. They don’t let anyone show up and be a part of it without paying their dues, without bringing something to the table and showing respect to those that came before them. I can only hope we are doing just that in this depiction of an experience that awakened me to the truth about so many aspects of this culture that I’ve been questing after. 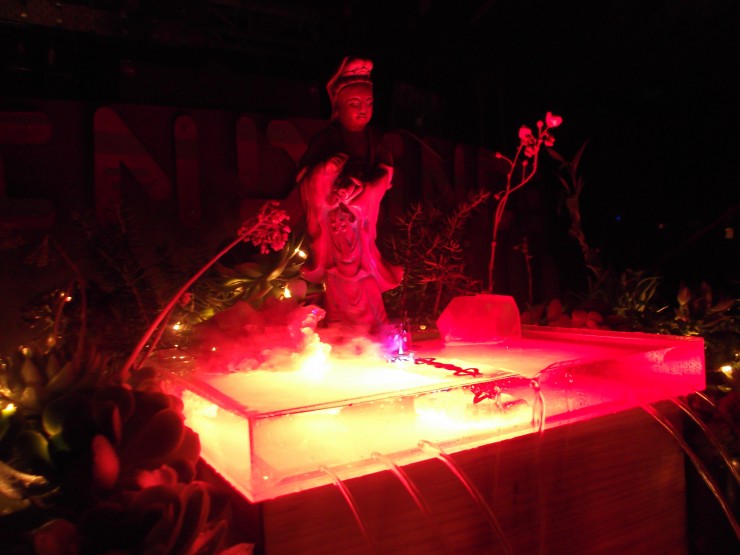 The next stop was some much-needed decompression at a nearby hot springs, soaking in pools, doing some yoga and meditation, hiking beautiful country, and reflecting on the experience with all the wooks that didn’t have jobs to get back to. Then to keep it movin to Arcata and The Bounce Festival.. Stay tuned.

Black Keys have been on tour lately supporting their fresh release, EL CAMINO. They recently…