Sam Eckstein, better known as electronic producer Esseks, is a man with as many names as he has talents. Well known for his distinctly spooky rhythms and stellar sound design, Eckstein is actually a hidden triple threat. He’s an accomplished guitarist as well as a spectacular visual artist who creates his own album artwork. While he spends most of his time producing and performing all over the country as Esseks, he has also managed to pursue several successful artistic side projects, including a logo design for funk phenomenon Lettuce, and performing as lead guitarist in band Technicolor Lenses. Time is clearly on his side. His newest release, Bad Cartoons (Gravitas), is graced with a strange blue ghost creature of his own making, an unassuming cover to series of tunes that showcase a producer who is ferociously confident in his style.

This will be the 11th release by Esseks, the 3rd this year alone. This past spring he added Dopplebangers (Gravitas)  with longtime friend and mentor Space Jesus, as well as Constant Contrast Vol. 1 (Foundations) with Dailon, to his lengthy discography, both of which received rave reviews. The newest album is 100% Esseks, riddled with the characteristic creeping rhythm we love so much. This time around, the sound is a little more glamorous, with new effects brightening up the familiar mood.

The album crashes into your eardrums with the cartoony, glitched out opening bars of “The Dial”, paying slight homage to the album’s title and flowing into a frantic and subtle rhythm that makes your brain sit up and pay attention. “Overrated” sounds straight out of old New York, with a swingy big-band vibe that brings to mind expensive scotch and things covered in gold. The rolling bassline of “Bowzer” perfectly compliments the trappy melody and could very well make you dizzy if listened to on good headphones. “Elevated” is a haunting mantra of digitized repetitive lyrics and grinding sound effects. Esseks certainly makes music worthy of a party, but the half-time sexy vibe of “Bad Cartoons” seems suited to a much more formal gathering this time around.

Lost in Sound got a chance to chat with the multi-faceted Brooklynite behind the mysterious sounds of Esseks, to pick his brain about “Bad Cartoons”, reddit reactions, and how he plans to top 2015. 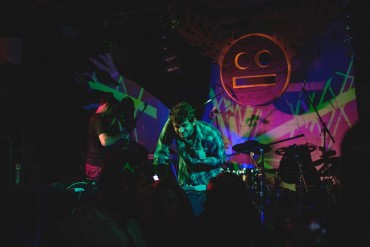 [LiS] It seems like you’ve been everywhere this year, and yet you’ve somehow had time to put out two EP’s (Dopplebangers with Space Jesus, and your new release Bad Cartoons). Has travelling so much changed how you produce?

[Sam Eckstein]Not really. Usually my best songs are done in one sitting. When I’m on the road I don’t really try to work on music often but when I’m home it’s my main objective. My productivity has a lot to do with my headspace so when I’m home with nothing to get prepared for I can bang out a song sitting at my desk for 8 hours straight, but if I’ve got a show that night, getting into a productive headspace is nearly impossible for me.

[LiS]Listeners can always tell if they’re hearing an Esseks track. You have a very distinct sound that’s been described a number of ways. What’s your favorite description for the Esseks brand of weird bass?

[S.E.] I’ve made this analogy before but I have often described my sound as Snidely Whiplash after the villain from the old cartoons with the curly mustache and the purple cape and top hat. I use the analogy because my music is dark but not in a threatening or intimidating way. It’s dark but playful and goofy in a way. It’s like if some of the darkest most evil sounding stuff was Freddy Kruger or Jason, my music is Snidely. I’ve still to this day, never found a way to put this idea into words smoothly but I’m gonna keep trying.

[LiS] What are you listening to recently?

[S.E.]Mostly comedy podcasts. But I’ve also been listening to a lot of Eprom and whatever is on my soundcloud likes list pretty much.

At FARM Fest earlier this summer

[LiS]You play several instruments, and also performed with live band Technicolor Lenses. Did playing with a band influence your performance style? Now that you aren’t performing live guitar, do you think your style has changed?

[S.E.] I still play guitar sometimes but I do think my style has changed a lot since the producing became my main focus. I started out as a guitarist, so a lot of my early beats were essentially, backing tracks for me to play guitar over. I used to identify myself as a guitarist throughout high school into when I first started learning to produce, but eventually I started realizing that what I loved was writing songs and playing guitar was just the medium I was most familiar with. When I accepted this and started viewing myself as a songwriter it changed my outlook and naturally I started developing in a more computer/beat based direction. It kind of changed what aspects I focused on when listening to music. It pretty much made me stop focusing on purely melody and I started paying more attention to the actual sounds and the overall vibe. I still love guitar, I just don’t want to force it where it isn’t necessary.

[S.E.] I will still play guitar at some shows. I love playing guitar on my set it just depends on what the place and vibe is gonna be.

[LiS]You did the album art for Bad Cartoons, your newest album. Tell us a little bit about your background in the visual arts.

[S.E.] I actually went to art school after high school because I thought pursuing music was unrealistic. I still love doing art and take every opportunity I can to work on it. I get some cool freelance jobs through the music, like making Lettuce’s logo a while ago. I’ve made an album cover for Space Jesus along with some other people and I appreciate how much my music career has fed my art career. I think my music and my art feed into each other a lot. I don’t value it any less than my music. I believe they come hand in hand and a lot of lessons I learn about one thing apply to the other. I value creative output above all else, regardless of what the output is.

[LiS]You’ve had some great luck with cartoons this year. One of your most listened to tracks, a remix of Rick & Morty’s “Human Music”, was a trending topic on Reddit. How did it feel to have that much attention for something you created?

[S.E.] It was a nice surprise how much that track took off. I actually made it as a joke to show my friends and about an hour after I uploaded it I stumbled across it on reddit and shortly after that I realized how widely it was being picked up. I like that it’s been widely accepted considering how weird it is. I made, mastered and released it within something like 4 hours. Sometimes I wish I could’ve put more time into it. If only I knew how many people would end up hearing it. 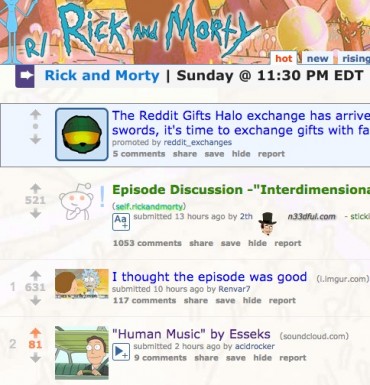 [LiS] Esseks has absolutely evolved with this EP. “Overrated” has such an old New York feel to it. Do you feel like you’re taking the spooky sound in a more sophisticated direction?

[S.E.] I don’t really consciously go into any song with any intention of what it’s going to sound like. I think it’s more just a bi-product of me just going with the flow of where the song was going. The “spooky” sound kinda comes out of me unconsciously. The sound of “Overratted” comes from me hearing the song in the original riff and fighting my instincts to give the song the sound it called for. I make a lot of songs that sound kinda different in that way and just don’t release them because I don’t necessarily feel like they are adding anything new. This one in particular I just thought was good enough to work on it’s own and it always makes me happy when I manage to make a song that doesn’t sound like it was made by me but is still good enough to work on it’s own.

[LiS]Which track on Bad Cartoons was the most difficult to write? Are there any good stories behind the tracks?

[S.E.] That’s really hard to say. The way I write kind of evens the playing field. I start new tracks every day. Usually if 3 hours into the track, I’m not loving it, I just delete it and start something else. I usually only release half of the songs that come out in the end. If a song is difficult to write I tend to just change what I’m doing. I kind of have the mentality that you can’t polish a turd. Not to say I’ve never polished up a piece of shit I shouldn’t have released but I think you usually know when a song is working off the bat and at a certain point you need to be smart about where you direct your focus. I used to try to finish every song I started and I’ve found over time that it’s almost never worth putting the hours of work into a song you don’t have enough confidence in to even play out.

[LiS] You have a great group of friends that are also pretty artistically and musically inclined. What’s the most useful trick or technique that you’ve learned from a friend?

[S.E.] I think the most useful piece of advice i’ve ever received was from my painting teacher, Gavin Spielman. He told me that you can’t worry about ruining something you’ve started. Your work is useless until it’s done. I used to start a line drawing and get all proud of it to the point that I couldn’t bring it further because I was afraid of ruining the work I put into making the line drawing. Realizing that you can’t move forward until you’re not afraid of ruining something completely changed the way I make art, music and every other aspect of my life. I also learn new things on almost a daily basis from my man Jasha Tull aka Space Jesus. He’s been like a mentor to me since we first met. I honestly couldn’t even speak on where I’m at now without acknowledging him. The things I’ve learned from him in both production and just handling myself in this business have shaped my career.

[LiS]What’s up next for Esseks?

[S.E.] Living my fucking dream. I work on music every day and art almost as much. My goal in life is to get to the point that all I have to worry about is making music and art. I’m still not completely there but I am a hell of a lot closer than I was last year and opening for Tipper at Playstation Theatre in January is literally a dream coming true for me and it’s not the only item I’ve checked off my bucket list this year. I’m definitely excited for the future. 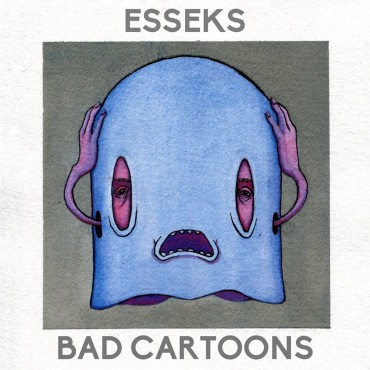 “Bad Cartoons” is out on Gravitas Records. Download the full album here:

Photography by Lance Skundrich Last year at Symbiosis, a festival in the Nevada desert,…