Rock N Roll Resort is an event that will absolutely remain true to its name. When I peruse the lineup, a slew of words come to mind: GOOD. CLEAN. FUNK. There will be horns, lots of horns and progressive-jammy-goodness with a touch of bluegrass. Rock with soul, rhythm and blues, and always a hearty amount of backbeat to guide you through the weekend. 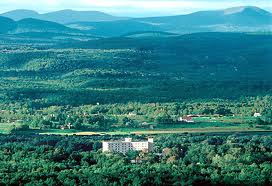 Held at the beautiful, breathable Hudson Valley Resort and Spa in upstate New York, the environment alone will be memorable. And it’s all-inclusive baby! A resort and spa experience enhanced by a plethora of musical tastes and types, all under one (large) roof from April 12-14! Rooms are still available! There will be activities galore: a golf tournament, celebrity poker games, visual art workshops (including spray paint techniques and illustrative drawing) and daily yoga seminars. Not to mention delicious catered meals, all in an atmosphere which lends the ability to experience the event alongside the musicians you love. Consider it a music filled vacation away from the cold cityscapes which helps to prepare our mindsets for the season(s) to come. A festival where you have the ability to actually see what your favorite band member’s poker face looks like, or how his/her chipshot goes. Everyone sharing, grooving, socializing, and creating music, art, and memories as one on the remote resort grounds.

Be prepared for an eclectic mix of music and an eruption of soul through each performer’s unique style, as the Northeast proves to be home to many of the greatest musicians of our time. Expect to be served several heavy doses of jazzy-funkalicious grooves by the Royal Family: Soulive x2, Alan Evans Trio, and the Nigel Hall Band. I don’t know about you, but I think that there’s no such thing as too much of Krasno’s “this-groove-is-so-damn-dirty” face.

Other funky fusions of sorts will be brought full-throttle via Kung Fu, Nephrok! Allstars, Goosepimp Orchestra, and some gangsta jazzy funk a.k.a Janxta-Funk from The Pimps of Joytime, led by sorcerer of funk Brian J, who I swear just might be an illegitimate son of Prince. This Brooklyn-based band of fly individuals will erupt your soul in the form of vicious, feel good dancing with a smile you can’t shake. Trust me on this one.

Chali 2na (formerly of Jurrassic 5) will be gracing the resort with his supreme gift of gab, a voice so deep it makes people go apeshit.  There is often a huge disconnect between mainstream rap and the jam scene, but he is known to fit right in in a funky environment, having collaborated with both Ozomatli and Galactic in the past.

New England will be represented hard, quite hard indeed. To name a few acts straight out of Boston: Dub Apocalypse, who will take us on adventure in experimental dub reggae, overflow with some of the city’s greatest talent, including Tommy Benedetti from John Brown’s Body on drums and Johnny Trama on guitar, whose other band Ghosts of Jupiter, will roll over us with their transcendent sounds of both past and future. The Hornitz combine beatboxing with brass and do so in a way that is enormously brilliant. Check out lespecial to indulge in a higher-level musical journey through compositional space and time, and Rhode Island’s Viral Sound for organic electronica dripping in dirty funky goodness. From farther up north, Vermont’s The Edd will take us up, up, and away with their electronic space rock.

Following in the footsteps of Umphrey’s Mcgee, Ultraviolet Hippopotamus is a vibrant progressive jam rock band whose sound reps the Mid-West in a great way. Hailing from NYC, Turbine’s Ryan Rightmire will give you a reason to rethink what a man and his harmonica are capable of… Aren’t you intrigued?

It boggles my mind to think of the epic collaborations that will happen and be heard in just a weekend’s time! Through musicianship and soul that is both unparalleled and vital, so much mind-bending genre mixing will be going down. This is a festival that embodies feel good music, the kind that will keep us light on our feet, brighten the spirit, and fire up the heart. I’m confident we’ll go home feeling both inspired and enlivened!

Head over to Lost in Sound’s Facebook Page to enter for a chance to win a pair of weekend passes!

Chali 2na & The House of Vibe

Danny Pease and The Regulators (DPR)

Check out the full schedule of events here!

Head over to Lost in Sound’s Facebook Page to enter for a chance to win a pair of weekend passes! 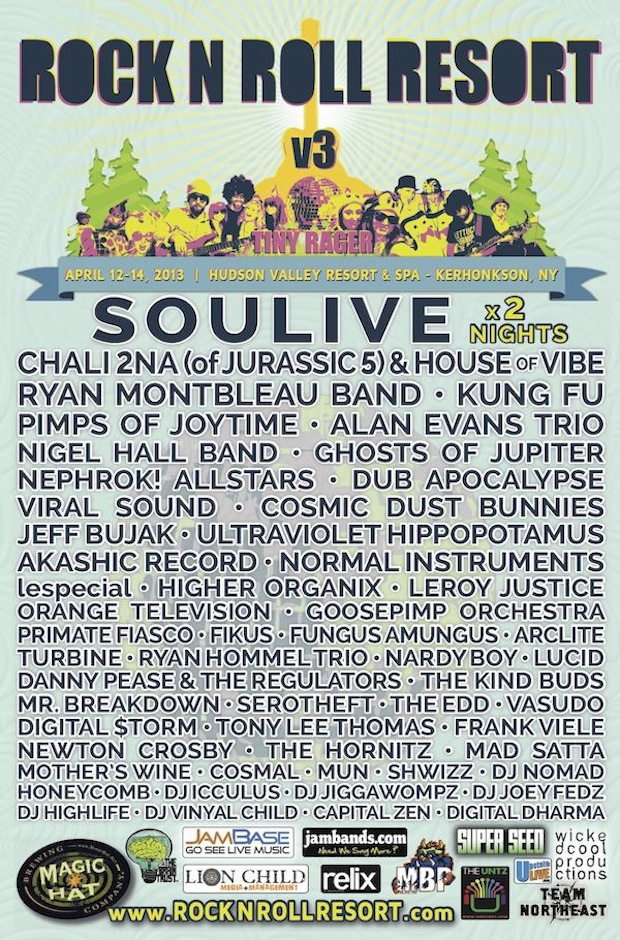