The party continues late into the night after Best Buy Theater with the most ridiculous after-party lineups to date. Right down the block, B.B. Kings will host Mord Fustang,Abakus, and The Manhattan Project on the 26th, and Tipper, Orchard Lounge, and Alpha Data on the 27th. These are tremendous bills and we could not be more excited! 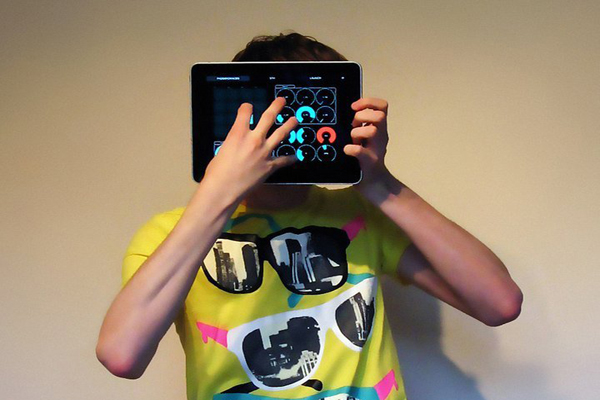 Since his first release, ‘The Electric Dream‘ in January 2011 on Mile Dyson’s Plasmapool label, Mord Fustang has released a total of six tracks with all of them reaching the Beatport Top 100 Chart. His biggest success to date is having his track ‘Lick the Rainbow‘ reaching the #1 position on the Beatport Top 100 Chart. He describes his music as, “An adventurously nude fluctuant immaculate rainbow-coated thunderstorm with arpeggios, 1-up mushrooms and disco basslines, plus a wobble or two. Something like that.”

Previous to signing to Plasmapool and focusing on the Electro House genre, Mord Fustang released two dubstep tracks on his myspace including ‘Mushroom Disco.’ 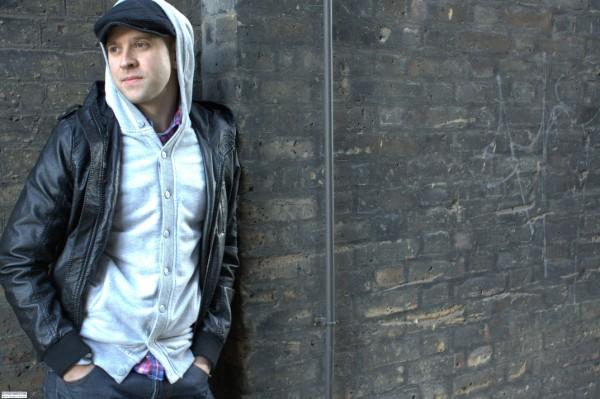 Abakus is the avantgarde futuretronica artist project of well known music producer Russ Davies, who also releases nudisco-electro under the Cinnamon Chasers alias, and progressive rock/ambient with his father Dave Davies (founder of 60s cult act The Kinks) as The Aschere Project. Abakus explores the deeper and more emotionally complex side to electronic music and the upcoming album later this year is undoubtably his finest work to date, an intensly heartfelt expression of the vast amount of music knowledge and experience Russ has acquired over the 10 years he’s been producing and performing globally. Themes of space, other-worlds and dreamlike landscapes are a consistent theme in all of Russ’ music. As a precurser to the album Abakus hits us with an EP entitled Beyond The Fields EP, which features 5 melodically potent and dreamy futuretronic beats, and you can hear many references to his most seminal influencial tracks such as Orbital – Hylcyon, The Orb – Pink Fluffy Clouds, FSOL – Dead Skin Cells, all mutated into his unique fusion of danceable beats and mind-melting soundscapes. 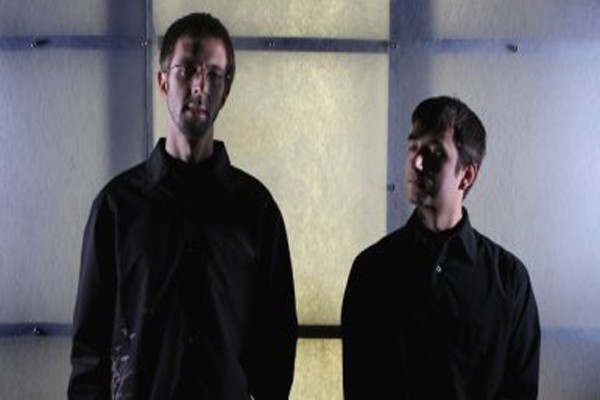 Since exploding on to the scene in 2010, The Manhattan Project has become one of the fastest growing live electronic duos in the northeast. Selling out shows regionally, and with bands like Lotus, Conspirator and BioDiesel, they’ve gained national attention as a band on the rise. Drawing influences from house, dub, drum n bass, techno and lounge, The Manhattan Project brings sophistication to the dance floor with their original compositions, high energy beats and mind melting textures. Armed with an arsenal of keyboards, synths, electronic and acoustic percussion, they seamlessly merge analogue and digital sounds to create a sonic boomtronic style all their own. Live visuals by NGB and epic light shows bring the concert experience to a new level, and have earned them the reputation of a must-see live band. 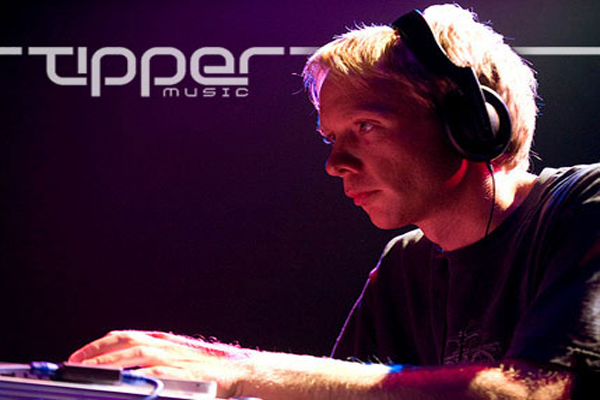 Tipper makes music for sound systems, with a diversity that ranges from bass fuelled electro-breaks, to hip-hop, to intricately programmed downtempo, to full orchestral compositions etc; music that demands to be played at high volumes to unleash their lethal potential. With a musical background in classical training, and listing influences from drum & bass, to hip-hop, to electronica, Tipper has created his own brand of devastating dancefloor bombs and after club ear-teasers. He is admired for being “streaks ahead,” and his “expertly crafted” productions are dubbed as being “frightening yet refreshingcif it doesn’t move you check for a pulse.”

Tipper has also been heavily experimenting with “surround sound”, and the possibilities of taking sound to new levels. He has created a whole new listening experience, with melting melodies, intricate programming, and sounds that circle you in a teasing and sometimes disorienting manner. Once again, Tipper ventures into new ground keeping it in the downtempo arena and exploring a wide range of styles that flow effortlessly and seamlessly from start to finish. 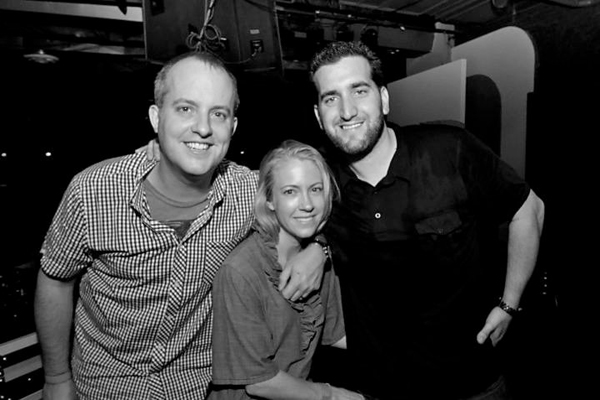 Orchard Lounge is a collective of DJs and friends who share the same deep-rooted passion for music. Ben Silver, Spencer Lokken and Bethany “Queen B” Briscoe always try to keep the music eclectic and the mind open. The trio is comprised of versatile DJ’s and they’ve been known to touch on everything from dubbed out downtempo to floor-filling house tracks in a single set. They have graced the decks from the Midwest to the East Coast and have held residencies at some of the largest clubs in Chicago. What makes Orchard Lounge unique is they have held down extremely diverse weekly and monthly residencies such as a downtempo night, weekly house nights, and even hip-hop and funk/soul spots.

“From the Dancefloor to the Couch” is their motto because they play music that can suit any state of mind and environment. They specialize not only in downtempo and deep/tech house, but also keep things fresh by incorporating classic hip-hop, electro, and funk into their sets. The Orchard Lounge crew also never takes things too seriously, and they understand the duty of the DJ as the middle man. Concerned most with spreading other people’s art, Orchard Lounge wants crowds to acknowledge that the real heroes are the people whose names appear on record sleeves. Aside from playing out, they are constantly crafting mixes of all styles for their Web site www.OrchardLounge.com , which showcases their programming skills as well as their creativity and has yielded some impressive bookings. They recently spun in NY at Camp Bisco, a festival put on by the band Disco Biscuits, for a crowd of over 5000 people. 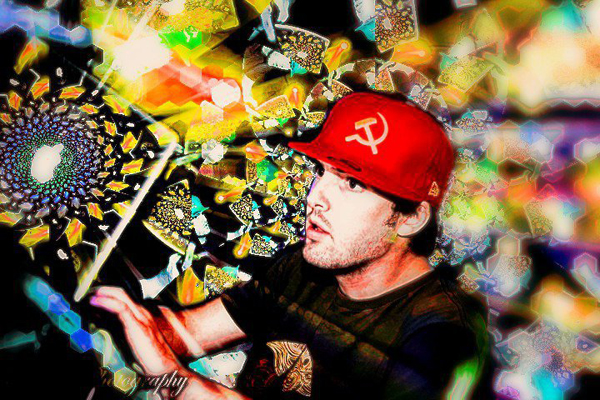 With an ear for interesting sounds and an eye for attention to detail, Alpha Data creates fresh and captivating music. Beats that shake the dance floor collide with basslines from other planets, while bleeps, bloops, clicks and glitches weave in and out of distinct and catchy melodies, creating music that draws the listener in whether blasted through stacks of speakers or headphones. Focusing on midtempo glitch-hop, Alpha Data wants the low end to move your body and the high end to tickle your eardrums with delight. Alpha Data has shared the stage with numerous national and international performers, including: Tipper, Lazer Sword, Ana Sia, Mimosa, Kraddy, Knight Riderz, ill.Gates, Beats Antique, Bil Bless, Excision, Eskmo, Eprom, OTT, Bluetech, Jazzsteppa, Emancipator, Antiserum, Broken Note, Downlink, Phutureprimitive, ArchNemesis, Reid Speed, and the list goes on and on.

Skinny Hendrix has been making and performing music for many years, a passion that can…