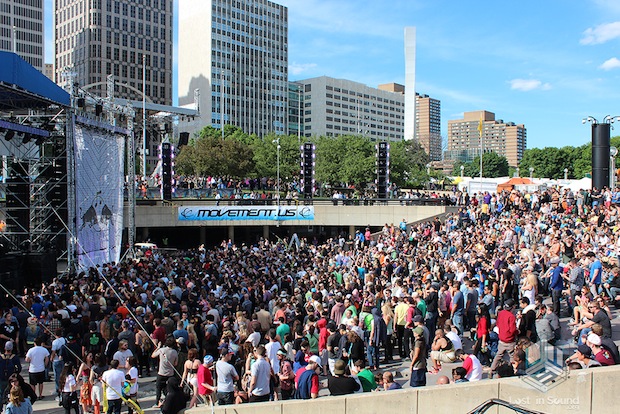 I’ve dreamt of going to Detroit for years now, and all of my friends think I’m crazy. But if you know about techno and house music, then you know that I’ve been dreaming of Movement Electronic Music Festival a.k.a. Detroit Electronic Music Festival (DEMF). I eagerly waited for this years line up, and the moment the second round of artists was announced, I set my heart on this year being my chance. They say good things come to those who wait, and next thing you know, everything was falling into place. I found a ride from Boston, MA and prepared for a 13 hour journey with a couple whom I barely knew, to a city that is not seen in very positive light by many. Throwing caution to the wind, I embarked on my journey sleep deprived from the amazing night before, where Mala graced The Good Life with a heavenly set that gave me reassurance that I was doing the right thing. 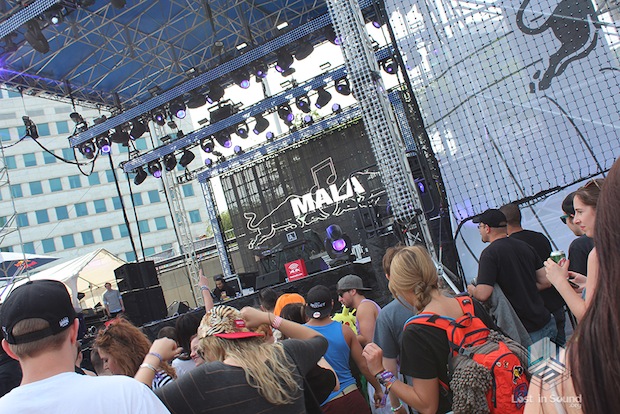 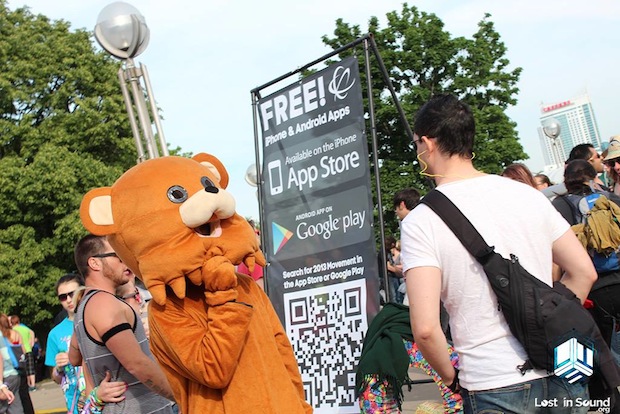 Driving into Detroit is an adventure all in its own. It gives you a feel for what gave birth to techno and prepares you for a surreal experience. You see the worst of the city which leads you straight into the heart of where it all happens. Imagine a playground made for techno and house lovers built along the Detroit River in Hart Plaza. Filled with many local vendors, strategically placed beer/liquor tents, four above ground stages, and an underground stage, it’s easy to see why the festival has never left the plaza. The sights are quite interesting, and it was easy to maneuver from stage to stage. To the right of the main entrance was the ‘Made in Detroit’ Stage, which had my favorite vibes of the weekend. The ‘Beatport’ Stage is built closest to the river on the left side of the plaza and was also closest to my hotel. Hello, alarm clock. Every day I woke to soundcheck, which was quite OK by me considering I actually never made it to any of the after parties (sadly). The ‘Electric Forest’ Stage was built on the opposite side of the plaza which was just far enough away where sound didn’t clash as you were walking through, yet I found myself spending little time there. The ‘Red Bull Music Academy’ Stage was the main stage located in the amphitheater which was packed every night, and to the right was the ‘Underground Stage’ which was almost always packed, making it feel like a renegade rave in a warehouse basement (which at times was just too much). Each stage had fantastic sound and eye catching LED panels set up that shone brighter than any other setup I’ve seen as of yet. VIP guests had the luxury of hammocks in the shade, along with cheaper bars, and a nice little canopy tent area where you could get massaged or just take a break. 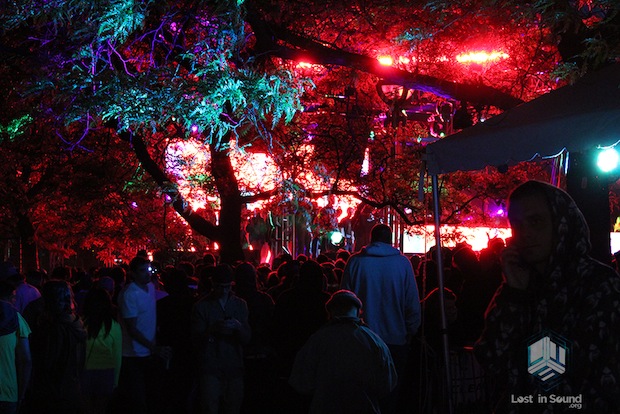 I was able to catch almost every single act that I wanted to see. I felt like a mad woman running from stage to stage trying to catch some of everyone, but found myself to be over stimulated by my own determination. Mid-day I always took a break leaving the plaza, seeking some quiet time to sit with my thoughts, realizing that I kept ruining recordings of interviews and sets that I wanted for personal listening pleasure. I wandered back to find myself naturally in a constant groove throughout the day. Roaming around I saw many familiar faces, along with many producers and DJ’s who weren’t billed for the festival or any after parties. I couldn’t help but smile nonstop. The energy was high all weekend, even Monday. The rain couldn’t keep myself and many others from achieving what we came there for. I came mostly prepared, finding myself dreaming of rain boots towards the end of the night. Most of those that stayed until the end didn’t have any rain gear at all, and they didn’t see much reason to leave as long as the music didn’t stop.

There are endless words to describe the experience that I had this weekend. The line up was broad yet specific. There was never a dull moment with the vastness of the crowd. Everything was beautifully vibrant, yet dark and mysterious. So many souls from various backgrounds came together to share a common love. Free to express yourself however you may choose, many of the festival goers dressed in costumes, tutus, and to the 9’s. It’s a different festival experience than I’m used to, and I might prefer it over certain others that I’ve been to in the past. It’s almost like every party I’ve ever been to combined into one. The vibes at this festival were top notch. This weekend was made for everyone with countless after parties that almost never ended, streets filled with the masses, hotel elevator parties, and a full moon to boot – everything was in its right place, including the rainy day. 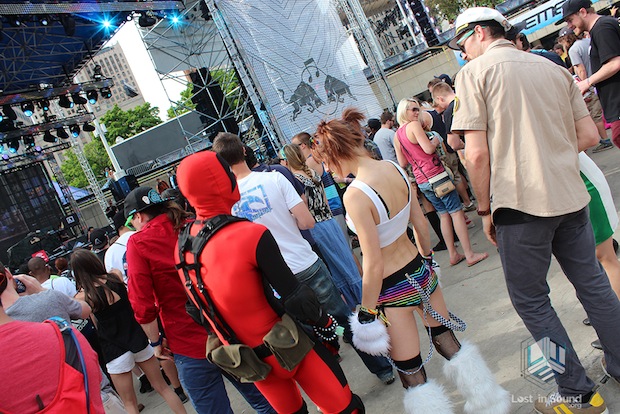 A few artists released their sets on Soundcloud, so that those who weren’t able to make it can have the chance to hear what they missed, and those who were there can relive the moment as well, as Be-at.Tv recorded a few sets each day (WATCH HERE). It’s surreal that I can watch videos and listen to recordings of those exact moments so easily.

Made in Detroit Stage 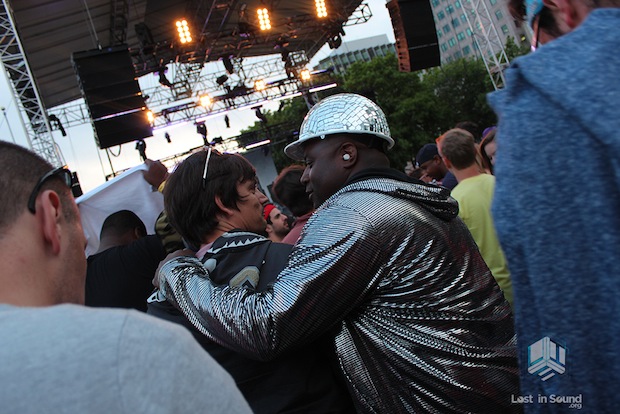 I was lucky enough to have the chance to sit down with Kevin Saunderson, his sons Dantiez and Damari, and nephew Kweku for a few minutes during the festival.

[LiS] Not many of our readers are aware of the backstory of techno. It’s interesting to see how everything started, how everything has progressed and the growth of everything. I was just wondering if you could explain your overall view of how you see everything progressing in the last few years and the future.

[Kevin] You go back through history, basically me, Derrick (May) and Juan Atkins – we were the beginning. The creation of this music that we all know as techno. We were the first to do it. We innovated the scene as DJ’s, and started a sound because we had a belief. People didn’t believe what we were doing, but in the end we touched the world and inspired the world. And it grew from Detroit to Europe, especially London, who helped make this huge. Then it grew throughout Europe, then Asia, and everywhere else in the world… Then came back home. It took some years, the festival started and finally it’s at the stage where whether they call it techno or EDM, electronic music as a whole is at its biggest point in America. It’s finally getting exciting here; it’s been exciting in Europe since ’88. So finally at home, it’s exciting here. Now, even with my sons and nephew, it’s getting to a point where they are creating – they are inspired and creating music.

[Damari] I think the future is bright for techno music. I wasn’t inspired by it at first growing up. I was young, and didn’t really get into this music until a couple years ago. When I got into it, I really got into it. I started seeing people on the dance floor, how it made them react, and it’s just a good feeling knowing that you made people feel that way with your music and what you’ve created. In short, it comes from the heart what you make, I don’t think it should matter what anybody else thinks about it. It’s you, it’s what’s inside of you. There’s a bright future for techno music.

[Dantiez] It’s definitely looking bright. The sun is shining on the techno scene. There’s a lot of new genres and stuff coming in, that’s why it’s all pretty much categorized as electronic dance music now. But there’s still the underground, there’s still the mainstream, and there’s even trap now. You know, people are into that now too. They had a trap stage at Ultra. It’s (electronic music) all growing as a whole. You see the whole thing expanding to the music, to the genres, to the fans. I was going out to clubs when I was 18, but didn’t see anyone under 25. What do you see every weekend at the Works in Detroit? 18, 19, 20 – you can just tell it’s transforming and enhancing at the same time. People are just understanding, and the appreciation level has gone up. 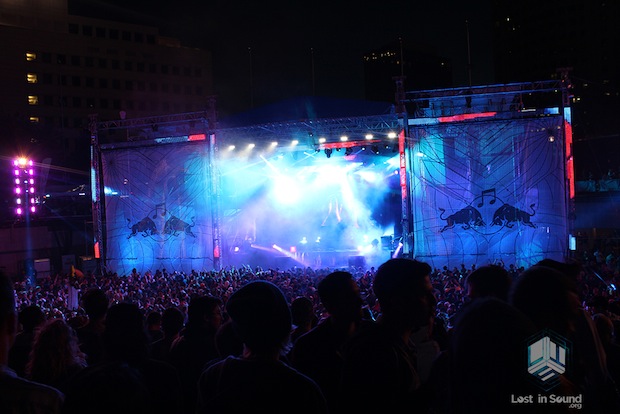 All in all, Movement isn’t just a music festival. It’s a showcasing of a lifestyle, of a culture that is rich and deeply rooted, endlessly growing and evolving. I can’t wait to go back next year and explore more of the unknown. I highly recommend that everyone does.

Get on board with Agobi Project, a new band out of Asheville bringing tight electronic…