The illustrious Motion Notion Music Festival is coming up this weekend and Lost in Sound will be there with intrepid reporter River Easton on the scene. Set in beautiful Golden BC from July 23-27th, this festival is unique in not only music but also it’s arts and culture. 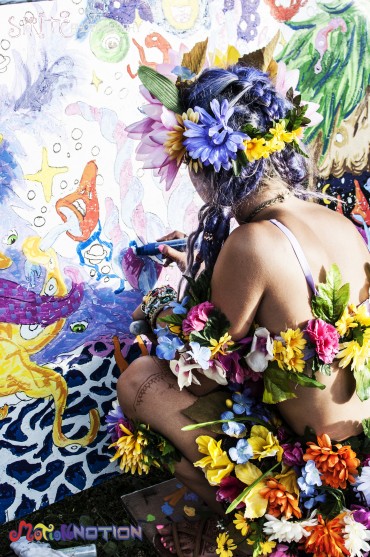 Live art abounds and you will be seeing some of the most amazing live painting and visuals. Mixing in a healthy dose of Burning Man flare, you will see art cars, pyrotechnics, and theme camps. 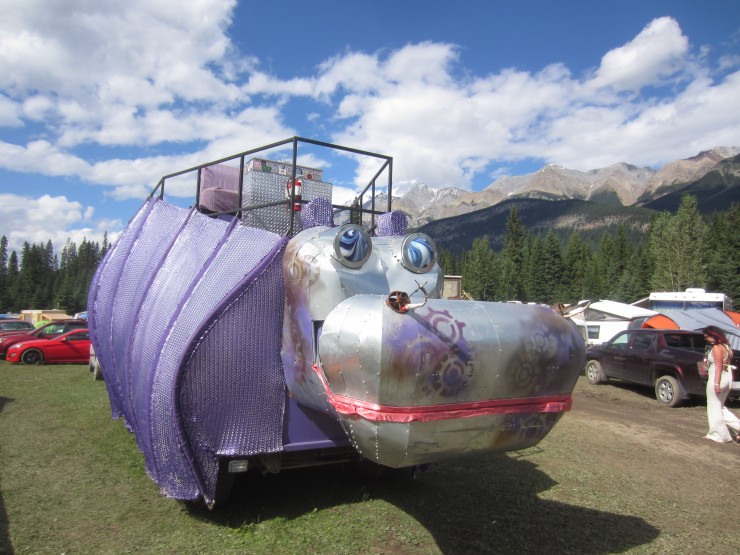 In it’s 16th year, Motion Notion has evolved into a community mecca for many wayward youths and creative adults in Western Canada. Devoted to making each year a magical experience, Motion Notion’s participants create an atmosphere of beauty and beats that is hard to rival. 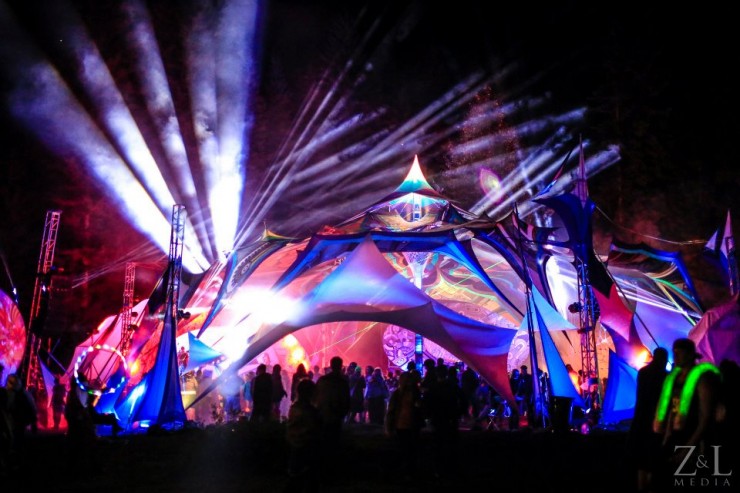 The stages are incredible. First we have The Temple by Katatyst, a space at the merger of art and spirituality, nature and technology. With its massive multicolored Lycra canopy and 50,000 Watt PK Sound rig, it’s sure to tantalize the senses. Those searching for psy and dub are sure to be rewarded here. 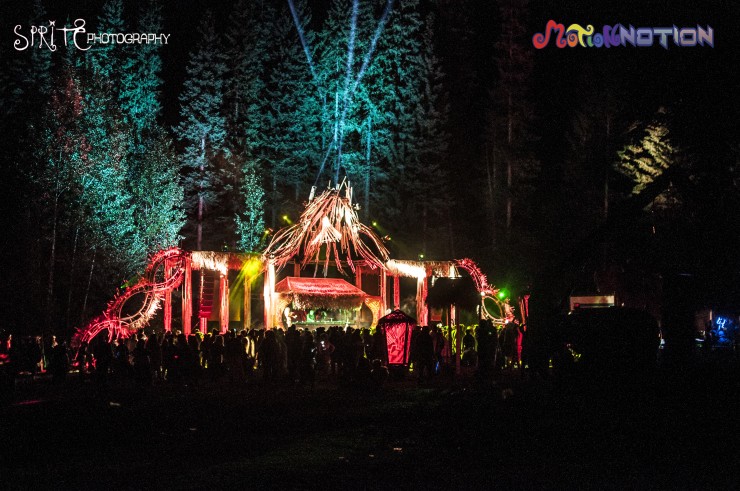 The Cabana by PK & Space Invaderz is an astounding bamboo palace designed to entertain your brain and let your body soak in the waves of bass. You will find the whompiest dub and deep bass sounds here. Don’t forget to check out the coconut shack for some delicious, fresh coconut water. 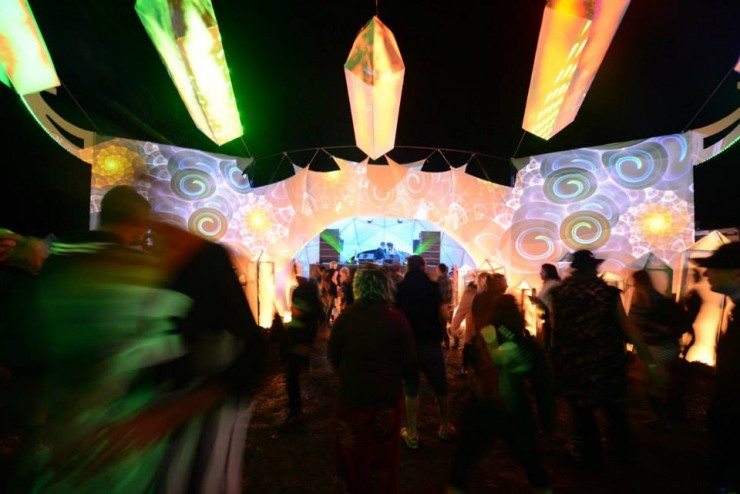 Spectrum by QMec is a visual wonderland with some of the grooviest producers laying down some introspective sounds. You will be treated to a sonic paradise with sounds from all of the spectrum and visual projections from some of the best VJs in the scene. 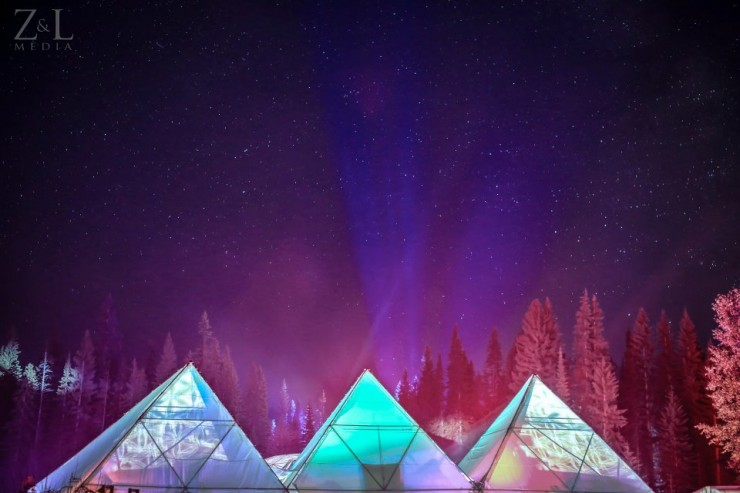 A Multitude of Stages at Motion Notion

With a whole series of independent stages, you will have no trouble finding the sound and the scene that you are looking for. Don’t forget to go on a river float, one of the amazing experiences Motion Notion is known for. 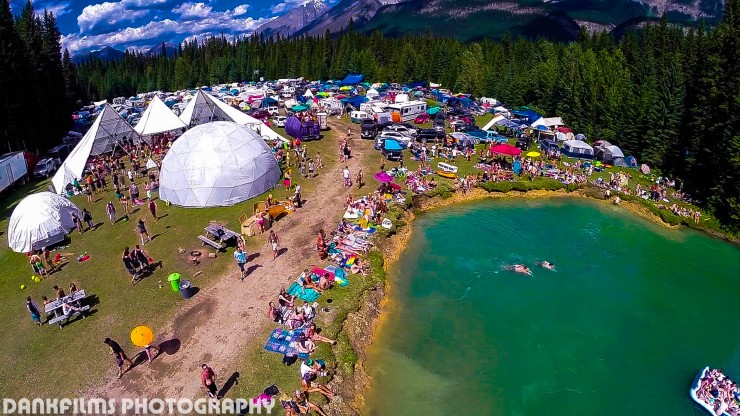 Catching some rays by the river, Motion Notion Festival

Holding space for headliners like Infected Mushroom, Noisia, Black Sun Empire, Birds of Paradise, Daega Sound, Kaminanda, Longwalkshortdock, Oka, Random Rab, Skiitour, and Smalltown DJs, this festival is going to have some of the best music bumping on this side of the rockies. Start making your way to Golden because you don’t want to miss this. 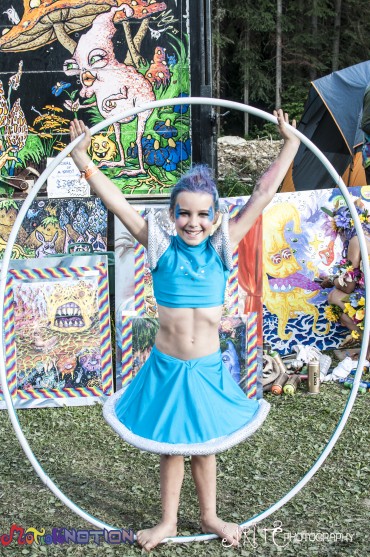 A Young Participant at Motion Notion 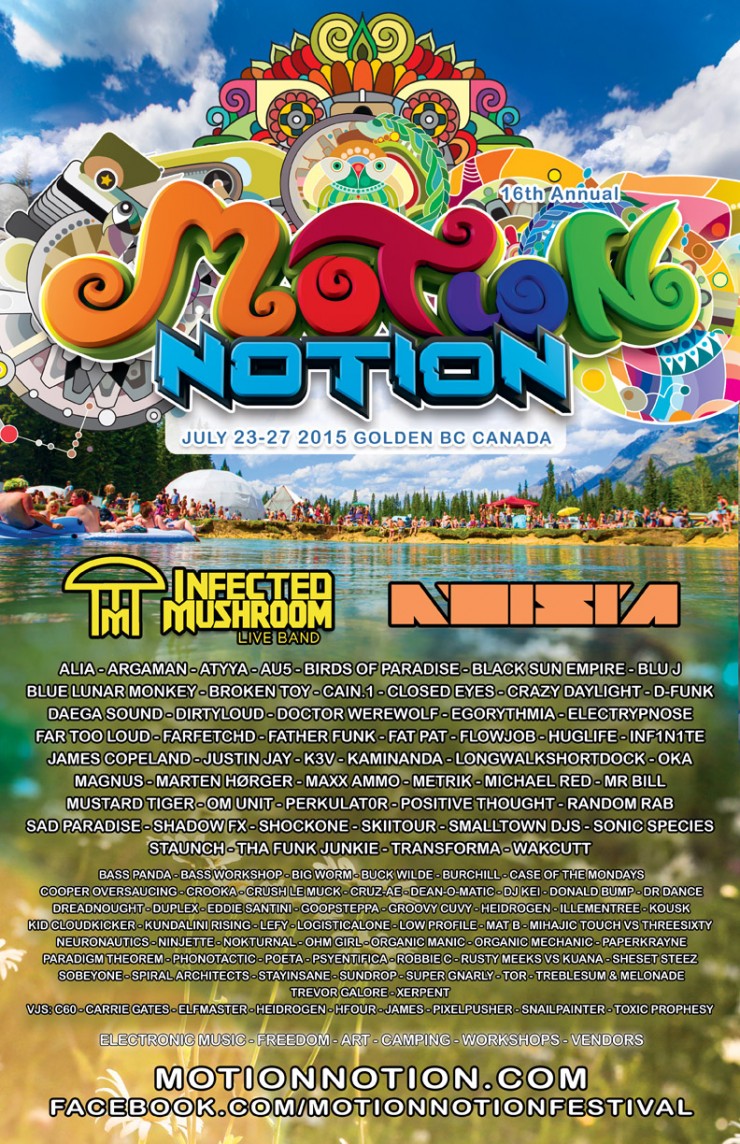 Coverage by LostinSound.org
Look for the video by Notion Pictures and Rebel Cause Films