Hannah Thiem is a producer and violinist whose musical stylings are influenced by her nomadic spirit and her deep appreciation for electronic and ambient soundscapes. Hannah’s upcoming EP, BRYM will be her first release as a solo artist, though her previous works and collaborations are diverse and expansive. As the co-founder of the avant rock group, Copal, as well as the ambient electronic project Nyxyss, Hannah has shared the stage with a range of artists as varied and acclaimed as The Rolling Stones, Kanye West, Bassnectar, MOBY, Shpongle, Random Rab, EOTO, Jillian Ann, The Human Experience, Quixotic, and Lucent Dossier. Hannah has also recorded with Irma Thomas of the Grammy-nominated “Simply Grand,” Beats Antique, Random Rab, The Human Experience, The Rising Smoke of The Hobo Kings, Ancient Astronauts, and Edwin Briscoe. Hannah’s sonic foundation stems from her formative experiences with Eastern European, Nordic, and Middle Eastern music and BRYM is the beginning of an all new journey in exploration of these.

Hannah’s album, BRYM (“Breem”) aims to transport listeners to another time and place through the fusion of electronic, Eastern European and Nordic sounds. This is not music that stacks elements to create sonic montage, rather a soulful and triumphant story. It’s a singular and distinct vision conveyed through live instrumentation, electronic production and Hannah’s vocals to guide listeners into new portals of mystery and allure. Her vocals are incorporated as another sound texture, enhancing and augmenting the sounds of the violin. The layers of her music are deep and each listen unearths new secrets. There is a sense of journeying, of traveling from one land to the next, mostly staying in the nordic lands.

Hannah is deeply involved in the yoga scene–she went on tour  last year with Wanderlust Festivals across the US and Canada this summer, and also performs her original and improvisational scores at numerous yoga studios, collaborating with lauded teachers such as Elena Brower, Eoin Finn, Schuyler Grant, Aarona Pichinson, Amy Ippoliti, Danielle Mika Nagel, Vanessa Kudrat, and Chanel Luck. 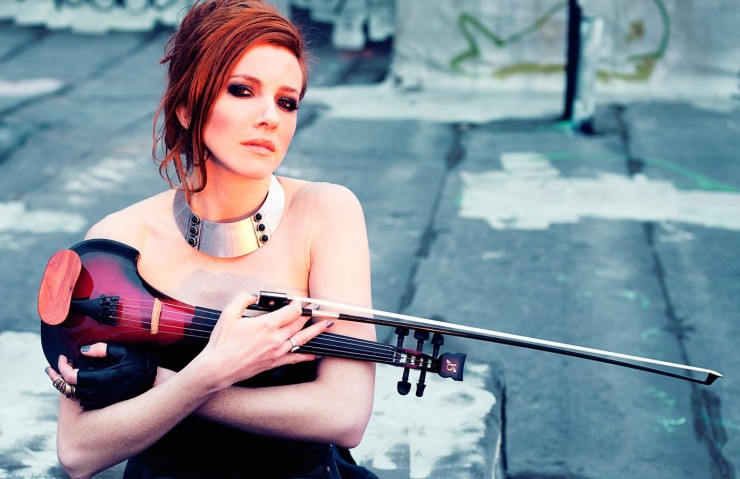