I’ve been a real believer in Disclosure’s impact on the global dance music scene. From their music videos, to their Essential Mix, to their Boiler Room live set for the release of Settle, I’ve been all about them invading the pop music machine with their smooth brand of house. Despite the horrendous audio situation at the band’s Music Experiment event at Boston’s Cyclorama last summer, I was impressed by the duo’s live show and genuinely stoked to experience their songs that have redefined catchy. I was still intrigued about the band’s DJ sets and was yet to be convinced that the Lawrence brothers had any real skill mixing a banging party on the decks. I wasn’t in the mood to have to empty out all thirteen of my pockets and make it to a ten o’clock start at Boston’s House of Blues, so I skipped Disclosure’s live show and decided to head over early to their DJ set at The Estate. 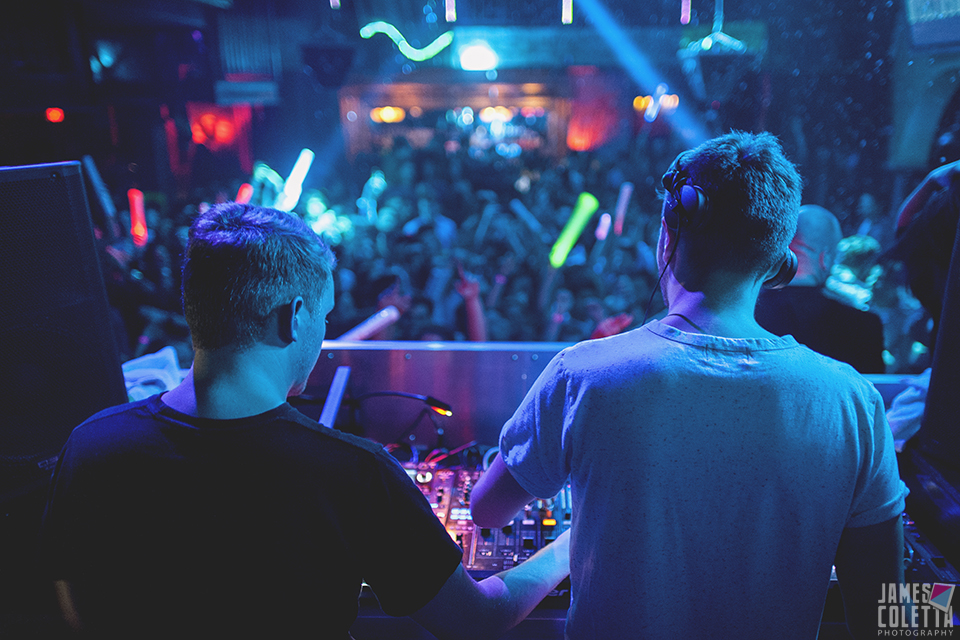 Friends who had bought tickets online or had them waiting at will call said that they had been freezing their asses off in a massive line for an hour and a half to get inside. I skipped the line and watched as a group of Asian-American men with LA Looks greased heads convinced *cough* paid *cough* the door guy to let ‘em in. If it wasn’t for my press list spot, practically the golden ticket at this kind of joint, I may have ran off to a different venue with my tail tucked. As I exited the staircase onto the dance floor, I quickly got that sensation that I was at one of those Vegas-style EDM events I had imagined apprehensively for years. Red velvet curtains, random generic house music, and a top-of-the-line LED screen with Xbox 360 style 3D visualizations swirling inside. My ears approved of the primo sound system filling the dance floor and the wrap around balcony that surrounded it. I wished I could fill the space with all of my homies and folks of like-mind, but I know how the money flows and from whom. 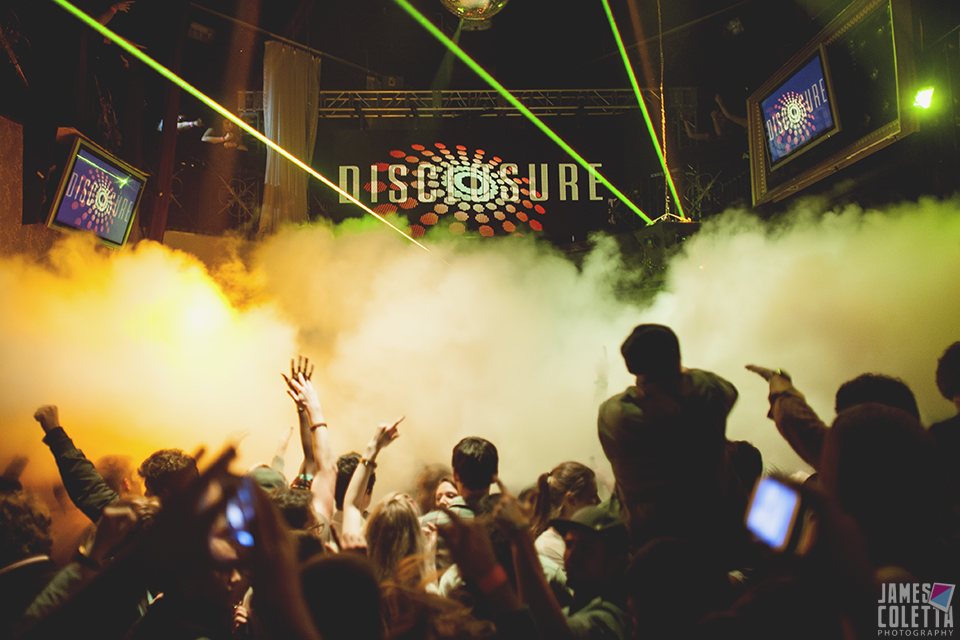 As the word “Disclosure” became visible on each screen in the venue, the crowd wooed and raised their foam LED rainbow wands and glasses full of expensive spirits. My eyes were drawn upwards to the lingerie-clad dancers surrounding the elevated audio/visual booth. While I’m sure some of the acts that mixed at The Estate need eye candy to get the club goers minds off the shitty beats, the go-go girls were simply bad props in this case. Disclosure hit the stage at 12:30 A.M., as promised, and looked alert and excited.

I usually like to stake out a slightly elevated position in a crowded venue so that I don’t have to stand on my tip toes to survey the field. I hopped up on top of a platform facing the stage to get my first good look at the fair-headed producers playing DJ. A couple of minutes into the first tune, I quickly became a part of a clubland scuffle. Some guy who was clearly not a bouncer began to get physical with a guy standing in front of me and bellowed, “Get the fuck off of my table bro!” I am instantly reminded that this venue has bottle service and that the platform is actually paid for and reserved by a bunch of money burning fools. I reminded myself to avoid all of those designated areas like the plague and search out true fans and those with some musical taste to go along with a drinking habit. 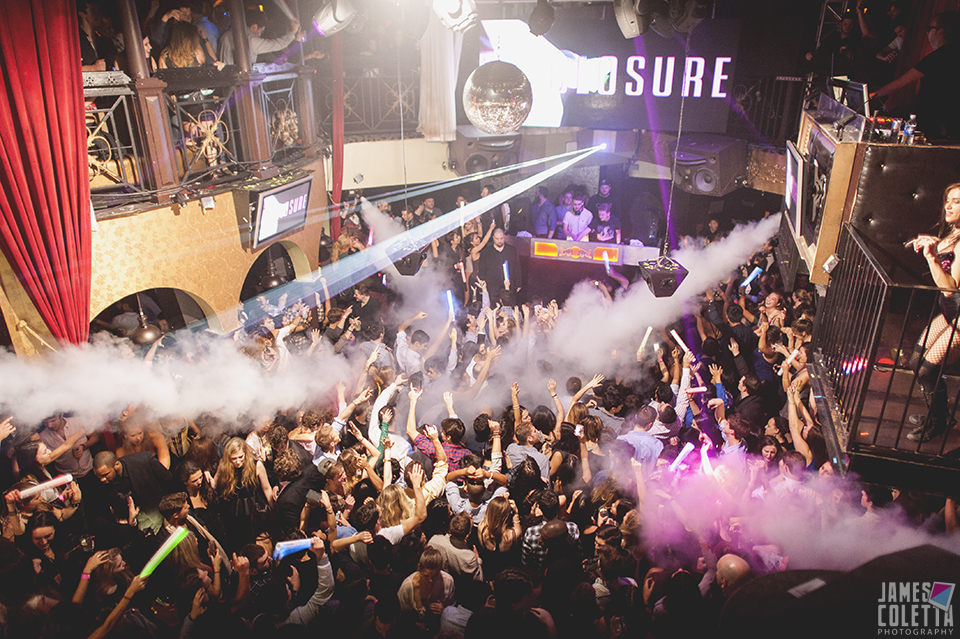 As I was getting down to a remix of “When a Fire Starts to Burn,” purple and blue lasers spewed out overhead from a rig directly above the DJ booth. A meaty bouncer stood ready in front of the Red Bull booth where the brothers each cued up tracks on four Pioneer CDJ’s. I was surprised by the rainbow confetti and glitterbombs that dumped evenly through strobe lights onto the crowd. One of the brothers shouts, “Boston how you doing?! We’re Disclosure!” as they drop the Totally Enormous Extinct Dinosaurs remix of “F for You” and people start really dancing. They did an impressive and clean job mixing throughout the set, with favorites like Breach’s “Jack” and Todd Terje’s “Inspector Norse” keeping the crowd’s attention between tracks off Settle: The Remixes. I really thought it was refreshing to rage to a bunch of their songs in the dancehall without all the live instrumentation to have to watch intently.

“Who’s having a good time? Because we are having a fucking good time,” Howard said as I realized that the set and the night was in high gear. While I carefully typed misspelt notes into my LG G2, I was completely surrounded by people pressing against me. I don’t mind that feeling, but it’s no fun when no one is dancing their hearts out. The brothers started up a massive track with pounding, club shaking sub bass before they spun it back like the real pros, which allowed me a moment to escape the dance floor. 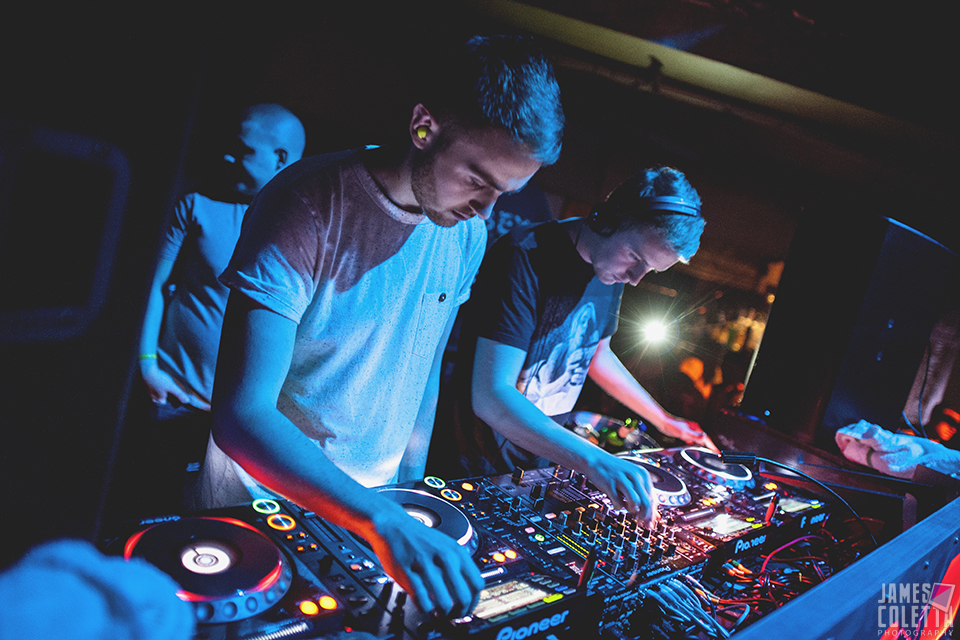 The familiar high hat and bass of “Stimulation” drew the biggest reaction from the crowd. “Who knows this tune!?” they asked, already knowing the answer. I gotta admit that there were points when the set would lag somewhat, as the brothers would prepare for another quick tune and fog blasting drop. Unfortunately, It seemed like they were trying to cram as many tracks in as they could. I would prefer that the guys would allow a really dope groove, like one they played with a heavy dissonant piano, to settle in before switching it up. We can probably chalk it up to the usual 2 A.M. curfew… I’d like to see how these guys fare on the decks for longer and closer to sunrise.

The show drew to a close with the original version of “Latch” and a big sing along throughout the club. Disclosure’s DJ set was a lot of fun, even inside the ritzy vibe of The Estate. It would probably take them playing there again to make me go back. Lasers rained down on the floor as Prince’s “I Wanna Be Your Lover” rounded out the night and hundreds of people attempted to smash each other down the single stairway to the street below. 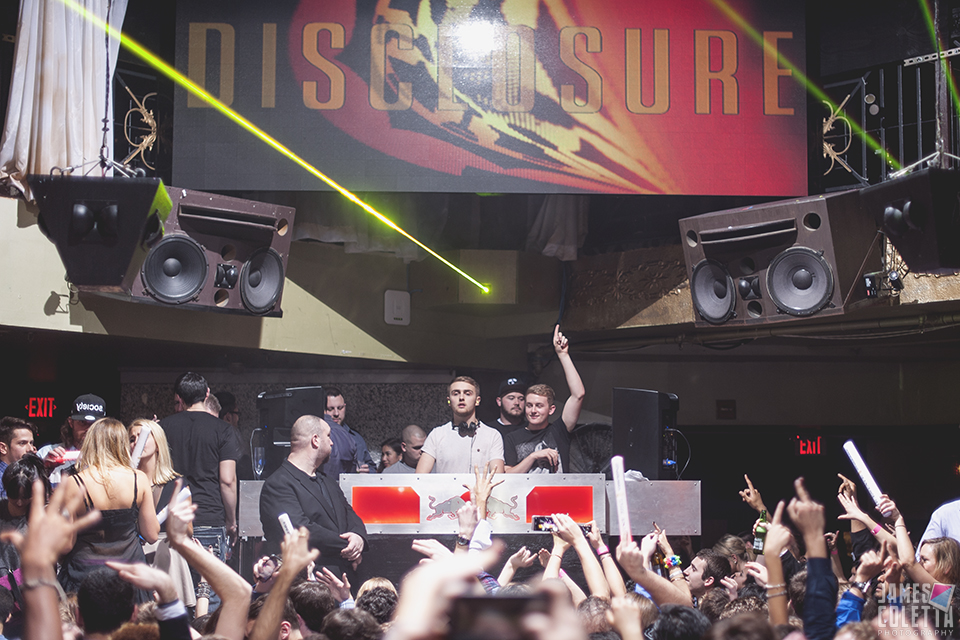 Disclosure, the duo consisting of British brothers Guy and Howard Lawrence, have become something of deep house icons in less than a year of their first release Settle, so it came as no surprise that their three-night run at NYC’s hotspot Terminal 5 was completely sold out. The 3,000 person capacity room was packed well before the duo took the stage. At around 8 P.M. the lights grew dim, meaning in moments the music would begin. 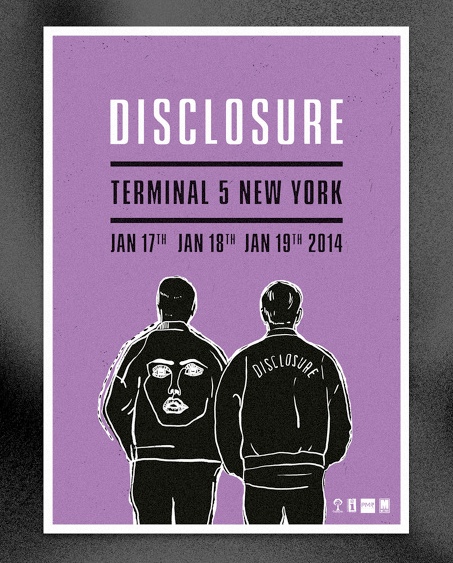 The first opener was an excellent tech house DJ by the name of Samo Sound Boy. The audience, which was mostly comprised of people less than 21 years, did not seem to care for him. “This guy is boring as hell,” I heard someone mutter next to me. The general consensus seemed to be negative, but he put on a great performance with intricate mixing and bass filled techno grooves. Samo Sound Boy performed until 9:15, which gave the next act Vic Mensa only about a half hour set.

As soon as Vic Mensa started, I knew I was in for an absolutely abysmal time. Any rapper who uses hype men usually signals a poor performance, and with Vic Mensa it was no exception, who constantly suggested people follow him on Twitter every five seconds which was rather irritating. In addition, his DJ enjoyed using terrible trap breakdowns in the middle of the set. I was very close to walking out of the show when that set ended.

After some more waiting, Disclosure finally took the stage. They opened their 90-minute set with “F For You,” the well-known number off their Grammy nominated Settle album. The energy in the room was immense, and everyone seemed to be having a great time. After transitioning into “When a Fire Starts to Burn,” the brothers dropped some tracks that weren’t on the album including their remix of “Running” by Jessie Ware. But the tracks featured on Settle dominated the night, like “White Noise” and the encore “Latch,” for which singer Sam Smith performed with the duo as a special guest.

Disclosure clearly owned the night, but one element of the set was a little suspicious. The vocals that Howard Lawrence sung during “F For You” and that Sam Smith sung during “Latch” sounded exactly the same as they did on the album. Does this mean a backing track was used during those portions of the show? Maybe. That said, this was a small hiccup in an otherwise outstanding performance.

The united federation of the hip set of Northern California- comprised of the Ecstatic Dancers,…