EarthCry’s second full-length release, Sun Path, emerges as an album meant for this moment. A soundtrack for the collective consciousness of today’s higher-level thinkers, intent on assimilating all of the old to push forth the new. Twelve tracks that act a case study on the union between digital and organic, delicate and fierce, erudite and natural. Premier compositions which span the experience of a singluar mind over a four year period. EarthCry’s Sun Path secures the artist a council seat alongside such singular luminaries as Bluetech, Four Tet and Brian Eno.

Four years ago, Thogmartin truly began this journey, making his ideas into compositions via the power of modern laptop production. As he progressed, he was able to add sampling, field recording and live instrumentation to his repertoire and production pallet. It wasn’t until last year, when he finally dove into vastness of the modular synthesizer that he was inspired to finally complete this collection of music now known as Sun Path. 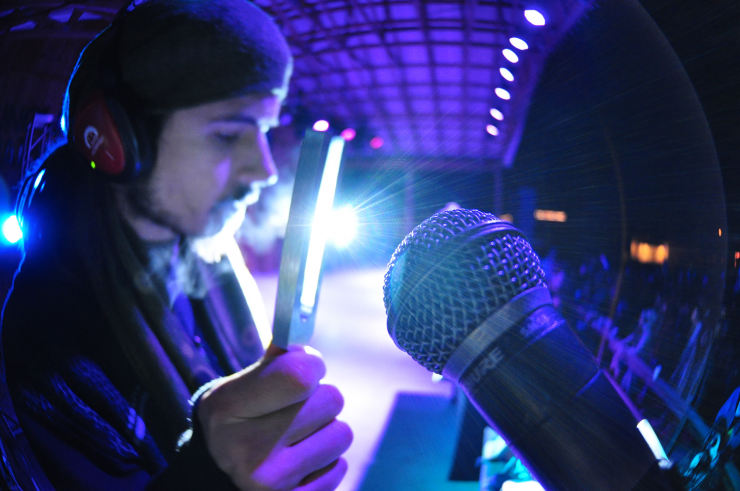 “I was completely taken by the uncanny propensity of the modular synthesizer to generate constant nuance and sonic novelty to my music,” said Thogmartin, “I quickly went back to unreleased material I had written years ago and re-composed/re-recorded parts using this fantastic device I was building. I began to gain the confidence that I truly did have something valuable to offer with EarthCry. Previously almost 100% of my composing was done using a laptop, staring at a dead lifeless backlit screen, using the same tools that I had been using for years. In the modular realm however, the musician is manipulating the path of analog electric signal, essentially interacting with nature using a hands on living and breathing instrument. The boost in creativity that using the modular provided cleared a path for these songs to finally shine out.” Most of the tracks on Sun Path feature modular sound and sections, with half of them being purely modular.

Anthony Thogmartin’s first album as EarthCry, Hear the Earth, Heal Yourself, Heal the Earth, Hear Yourself, released in 2013, was comprised of music that he felt would be more effective released under a solo production than with his electronic prog rock band Papadosio. As direct support for the band, Thogmartin was able to take a hands on approach to the live EarthCry performance. This allowed him to implement new performance tactics, including live looping, live sampling, monome-style clip chopping, and classic cueing. He also used the side project as a means to experiment with sound healing by means of Solfeggio frequencies, binaural beats, and isochronic tones. The power of sound and composition, as a way to transform on a micro and macro level, is the intrigue that compels EarthCry.

The literal meaning of a “sun path” is the mapped positional changes of the sun, due to the season and hours, which is used to calculate green building practices and the positioning of solar power systems. It can be understood as the energy course which allows for the most progression and growth. Conceptually, the album is a tribute to the awesome nature of what it means to be inspired and represents Thogmartin’s own personal sun path. There isn’t a song here that doesn’t obviously contain the artist’s heart and soul

After years of developing progressive means of performing and composing, Sun Path is EarthCry’s heartfelt and soul-filled contribution to the expanding anthology of electronic music and production culture. 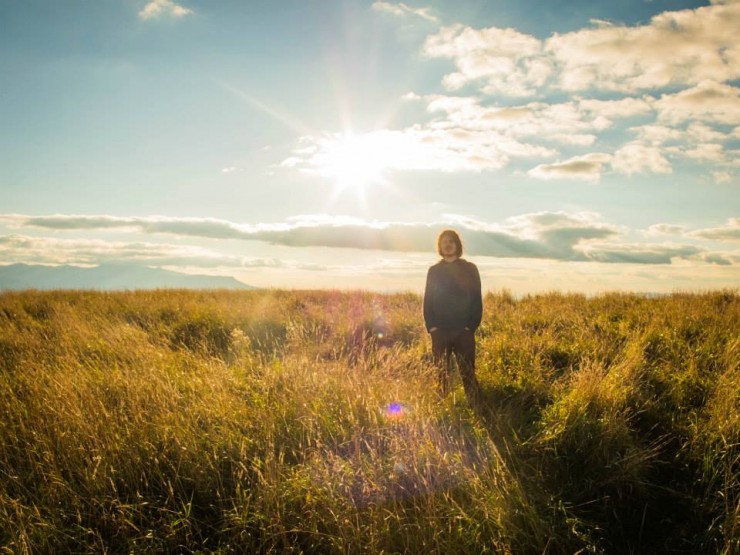 Below are my thoughts on some of the choice tracks on the album:

When I asked Thogmartin what this track was about, he replied: “A musical companion for if anyone ever finds themselves taking an inter-dimensional tour on one of these rare creatures through the multiverse.” If anyone wondered what the perks of touring with Papadosio was, there you have it. The track features a repeating, bouncy melody that sounds like it is being played on some keyboard featured in the Mos Eisley Cantina band. Sparse and minimal drum and bass keep a poly-rhythmic beat. I love the section where the RPG-style strings show up, followed by that quaint Asian man in the subway playing his traditional erhu. At about 3:56 the synth melody goes off on a solo, moving left to right, then right to left on the keyboard. More foreign sounds from far off dimensions appear, swirling around us on our trusty three-eyed, bright green camel.

Where Are You Taking Us?

An auditory representation of pondering the future of human existence. Anxious, scattered, detached, with a booming low drum. Doubletime. Wonderous and strange. Warping, melodic synths entice us forward. I love the acid jazz drumming sounds. Precarious, like the journey that is life. He hits us with a statement of transformation (derived from here): “What a lot of us overlook, is that we are not just observers of the universe, we are the universe!” Then it shifts to a darker scene, with sounds like an frozen NES game, building with a fearsome veracity. Then it’s Da Capo, back to the beginning, and realizing that there is an intriguing beauty in that unknown. Ending with a combination of serene sounds plus abrasive Aphex-like breaks.

One of my favorite songs right now. It could be used as the music for so many different artistic projects: film, interpretive dance, art gallery installation. Thumb piano almost-house music that eventually goes underwater and washes onto downtempo shores. It’s hard not to imagine all these organic instrumental sounds being played with gusto. The build is strong in this one. The low-end enters and rises and then we dive further into it. We can still hear the music being played above us. A voice says, “THIS…IS THE MOMENT”, and our bodies really feel the groove. I like the subtle squeak the most. EarthCry then breaks it down with a pulsing fat beat and even faster highs. It’s the perfect amount of hyphy + beautiful nuance for me.

Initially reminiscent of classic late 2000’s pre-EDM dance music then it breaks and a truncated, spacey groove takes over. This is Thogmartin’s first totally modular composition, and it’s got some raw experimentation going on. We get to hear what a different production gear sounds like for the artist. Something for our mind to chew on, while somehow still, in all its mad science, emitting a groove. It’s a wonderful, weird addition to the overall album.

EarthCry will be performing Sun Path on tour this September with LIS favorite Erothyme! Check the dates below: