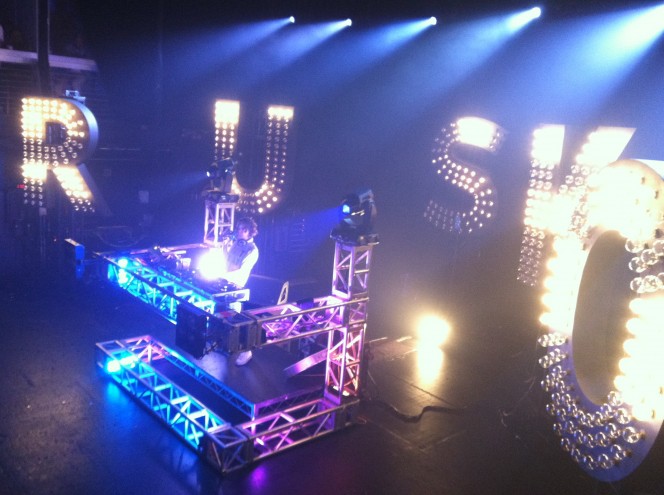 Dubstep is a fairly new genre. The heavy bass mutations wobbled out of South East London somewhere around 1998. The fusion between breakbeat and drum’n’bass were identified as SE London’s dark underground garage music. The roots of this genre are found in Jamaican Dub music ( characteristic Reggae sounds/techniques) and cultures from Heavy Metal to Hip-Hop. This explains Dubstep’s eclectic collage of sounds.

About two years ago, I walked into my boyfriend’s apartment to a dance party of two. Michael and Andrew were thrusting their bodies in rhythm with the utmost abrasive bass my skin had ever absorbed. It took a few minutes for my ears to adjust to the noise and embrace the tangible vibrations. I then started listening to the music, breaking it down, instrument by instrument, sound by sound, and fell in love with the simplicity of it. Bass, drums, a melodic line, and sporadic vocal samples are all found in dance music. However, in this subgenre, the bass was the centerpiece.  When I was finally able to hear my own thoughts, I managed to shout out, “What is this?”

“Mads! This is Dubstep!” I was hooked. 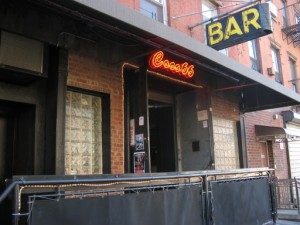 I looked everywhere for a weekly dubstep night to attend. Boston is known for hosting the longest running drum’n’bass night in the country- Elements, at Phoenix Landing. Though similar, that genre did not match the tone and emotion I was seeking. A few months later I moved to New York City and resumed my search. Club Love, Sullivan Hall, miscellaneous lofts in Morgantown, Pyramid, and Cielo all led me to the gold: Coco66. Wow. This tiny little club in Greenpoint, Brooklyn hosted a free dubstep night once a month. Coco66 housed the authentic, captivating, bass heavy sound I had been looking for. DJs, live musicians, MCs, and an eager devoted crowd would congregate from 10 PM through 4 AM the next morning. The bass vibrations physically moved you: stomach, ribs, and ribcage. I 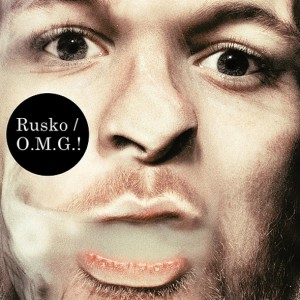 t was impossible to not dance for the full six hours. My body reacted mindlessly to the sound with movement. The night was magical, and I felt honored to be a part of it and left the club smiling through exhaustion.

Summer of 2010 hit and my friends helped me find anthems in Emalkay’s “When I Look at You” and Rusko’s O.M.G.! album. This was a very different approach to dubstep, but I liked it. The proper term would be Brostep… a bit more melodic, a bit more pop. The bass still wobbles, but every instrument is carefully thought out and strategically positioned to sound along with its counterpart. Instead of having one long cohesive jam, these songs would tell a concise story in four minutes. The 14-track album fused funk, rap, reggae, feminine vocals, and a well-balanced, heavy bass.  I thought it was brilliant, a wider audience would be able accept this movement. 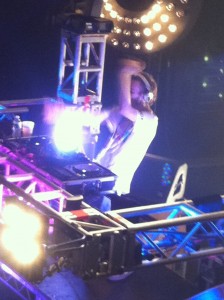 Rusko said in a recent interview, “Brostep is sort of my fault but now I’m starting to hate it. You know, I took it there, and now everyone else is starting to take it too far. It’s not heavy metal. I’ve been touring in America for a long time and even more so they [the fans] want is as hard as you can, they’ll say “Rusko! I want you to melt my face off tonight! Play the hardest hardest you’ve got” I say, it’s not about playing the hardest tracks you’ve got for an hour and a half, that’s like having someone scream in your face for an hour and a half. A lot of dubstep fans come because they want to hear some of the most disgusting, hard, dirty, distorted, music possible, and that’s not what it’s about. It’s gotten a little too noisy for noisy’s sake.”

I could not have said it better myself. Dubstep has recently been gently lending itself into the mainstream. Amidst this integration, I went to see Rusko play live twice. Both times I left disappointed and deeply unsatisfied. His sets were nothing more than obnoxious noise that slapped you in the face for hours while wasted frat boys were screaming and pumping their fist in the air. Obviously, I did not get the memo that the Jersey Shore and Rave Scene had birthed a monster.

Rusko concluded the interview quoted above with “So I’m trying to make it go a little more melodic, a little less crazy crazy.” Hearing this got my hopes and washed away the negativity. April 27 had arrived and I was looking forward to finally seeing Rusko play a melodic, soulful set. 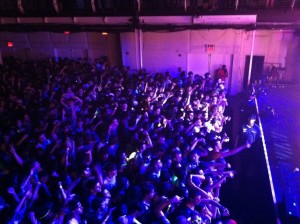 The first thing I noticed was that Rusko is a sexy man. Seriously. The new-age shaggy Mohawk, dance moves, and pure enjoyment he was getting out of creating music had my mouth on the ground. The set itself was brilliantly executed. Everyday, his new five-track compilation was released at the beginning of April. Rusko sampled bits and pieces of Everday throughout the whole hour thirty. The teasers had the crowd roaring and anxiously waiting for the full track to drop. “Everyday” dropped. The crowd lost it. He played through the original track and after embellishing the outro with a few wobble filters, he yelled, “Are you ready for the remix!?” Right then and there he plunged into the Netsky remix. . Mitch Hedberg said, “I remixed a remix, it was back to normal.” That line popped into my head when Rusko was plunging through the second round of Everyday. I thought remixing the remix was a great way to bring his set full circle.

“Woo Boost”, “Hold On” (subfocus version), and “Cockney Thug” (encore) were also remixed and showcased in two forms. He went on to sample DMX’s “Get It On The Floor”, and MC Hammer’s “Can’t Touch This“, along with other 80’s and hip-hop hooks. I applaud him for changing it up a bit, and yes, a lot of the set felt improvised. But all that I heard and walked away with were the consistent grime and bass fillers, over and over, hitting the climax and declining to a low in a repetitive cycle. Just before achieving extreme monotony, he would fade into a vocal sample or new electronic tone. But the novelty was short lived and followed up by the same weary cycle. An overall melodic feel was absent. This was nothing more than the same old soulless noise.

The crowd as a whole unit filled me with sadness. I felt I was walking through a high school of scantily dressed children wearing only neon bras and booty shorts. Even the boys were stripped down to their boxers and shorts, grinding heavily on their high school sweetheart. Their drug use and alcohol intoxication was out there on display for the world to see. The entire night I was watching these big kids fall on top of one another, vomit on their neighbor, and getting kicked off the premises by security. What happened to the secrecy? The respect? The appreciation? 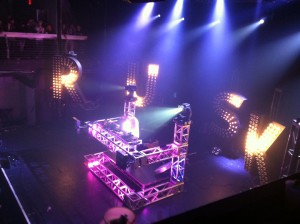 My sadness has been replaced by anger. Music is a collective, communal media. Every generation is responsible for it’s own sound; it’s own musical contributions. Electronic music has always been something that I’ve looked upon with awe. I feel the best way to be a part of any scene or movement is to educate yourself on that scene/movement. Know where it comes from. Learn how you can add to this movement and make it better, help it grow.

Electronic music goes back to the 1950s with Musique Concrete. The idea behind this movement was that every musical theory that existed had been done before. The only thing left do was to manipulate the readymade, explore non-musical music theory. Artists and musicians began experimenting with technology and instruments. For instance, placing a rubber tube through piano strings to alter the sound and timbre. As the years passed, technology and instruments have become one: MIDI systems, electronic pick-ups, laptops, and the Internet. Our Do-It-Yourself generation has blessed us with the accessibility these tools.

Breakcore/Drum’N’Bass. Dubstep. Brostep. Popstep. Pop. Music is one gigantic recycled and broken down art form. That’s the beauty of it. Do not get me wrong, I love having a drink or three and losing myself in aestetically pleasing tunes.  Rusko is a talented artist, the tracks he has released are ones that’s I’ve played hundreds of times. However, the combination of the atmosphere, disrespect, and noise destroyed my optimism for the evening. I hope the next show I attend will put the same raw smile on my face that use to emerge at any live show I attended.

Acapellas, Bay Area magic, and raunchy rap lyrics. I had the pleasure of catching up…