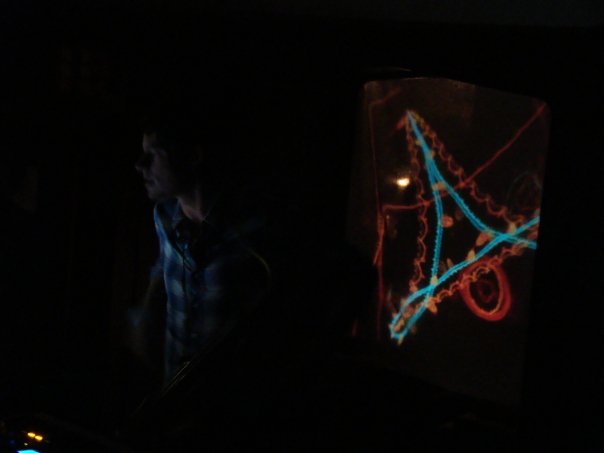 On the evening of January 29th, the members of Theta Delta Chi (lovingly nicknamed “Thumpty”) added yet another big name to their impressive talent roster, presenting an evening with Boulder, CO-based electronic fusion duo, Big Gigantic. Though Thumpty is a member of the Cornell University Greek system, the members have been hosting events with heavy hitters from across the jamtronica spectrum (Orchard Lounge, EOTO, BioDiesel), creating an environment that inspires imagery of an intimate music venue rather than a boisterous frat house.

With Thumpty’s spacious Grand Hall, booming speakers, and brand new in-house stage — in addition to a projected visualizer and a generous allotment of glow sticks — the audience had no indication that they were in fact standing on over a century of fraternal history, and not in a professional music setting.

Though the Ithaca winter was reigning down with all its fury, throngs of individuals steadily filtered through the doors in anticipation for an up-close-and-personal view of Big Gigantic’s smooth and melodic beats, combining the bounce and energy of electronic music with an undeniable jazz soul. 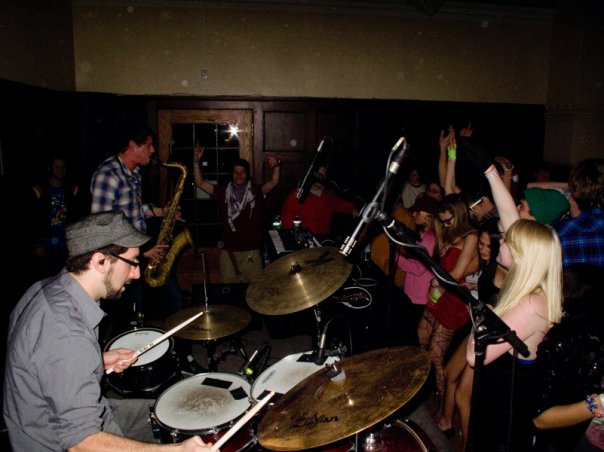 After the audience had a chance to thaw during Thumpty resident DJ, Electric Mayhem’s opening set, Big Gigantic (composed of Dominic Lalli on sax/synth/ableton and Jeremy Salken on drums) took the stage for their Ithaca debut to the enthusiastic applause of the dense crowd.

Starting the night with a cut of Jay-Z’s “Dust Your Shoulders Off,” the duo set the stage for what would turn into nothing short of an unadulterated dance party. Mixing in an extended version of the group’s Sound Tribe Sector 9 remix, “Empires”, with heavy hitters from their studio albums like “Get Your RowdY ON!” and “Thinking Out Loud,” the duo brought nothing but heat for the entire first set.

After up-and-coming Boston-based, DJ Jaminic threw down a dirty dubstep/house set break, the still buzzing crowd was primed to finish off the night strong with another choice set of Big Gigantic.

As Lalli and Salken settled into their second set, the audience took full advantage of the loose, nonrestrictive setting. Some got down mere inches away from the performers, while others went crazy on tables and windowsills. With the entire audience vibing to the group through every new tune, a kind of tangible positive energy was created that is seldom duplicated in more commercial venues.

Whether Lalli was blasting a fierce horn solo on a tune like “Wide Awake” or Salken was holding down the drum-n-bass on “Funhouse,” the audience was feeling the full scope of Big Gigantic’s musical arsenal and didn’t budge until the duo finished their encore at 2am. 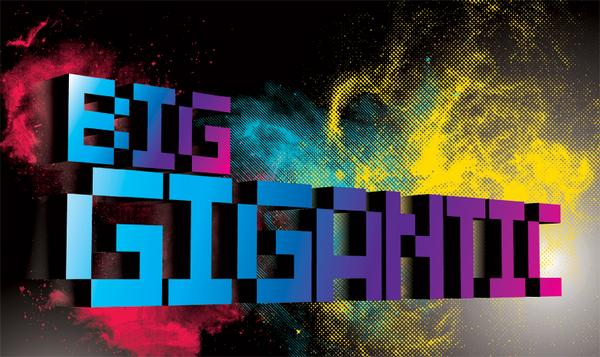 While a 2.5-hour headliner set may have intimidated other young groups, Lalli and Salken took the gig in stride with an effortless confidence, and much to the delight of the crowd, perfectly balanced their new and experimental material with recognizable haymakers from their albums.

The duo left the stage to monstrous applause, and left Mayhem and Jaminic to tag team in the DJ booth for the remainder of the evening.

As the music continued to pour through the speakers, the thinning audience looked around in a daze as they picked up their coats and belongings, knowing they had just taken part in something special. And indeed they were part of something special…something that was big…maybe even gigantic. 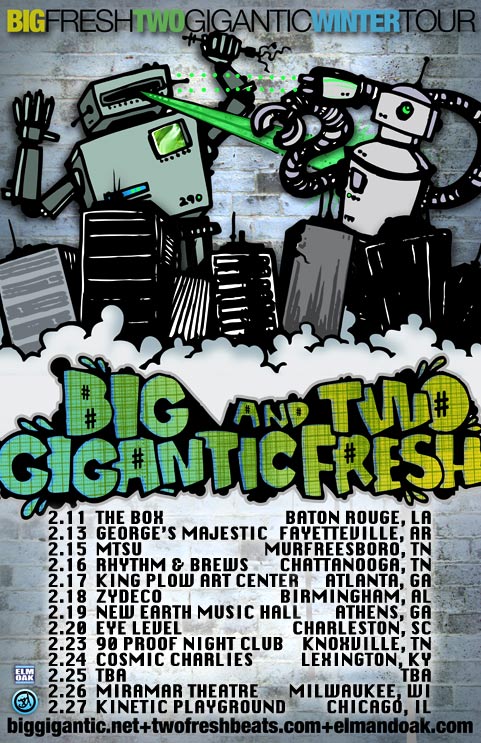