From June 12-14th, Arizona’s beloved Firefly Gathering will unfold amidst the pines and cool mountain scenery outside of Flagstaff, AZ. Six years since its conception, Firefly has grown from a micro-gathering of some thirty friends into one of the most intimate and tightly-knit conscious festivals in the southwest, making it a home that countless Fireflies return to each year between adventures at larger events like Lightning In a Bottle, Sonic Bloom and Electric Forest.

This year marks my first at Arizona’s longstanding transformative fest, and all signs point to it hosting Arizona’s best and brightest vibes alongside a medley of premier sonic, artistic and educational offerings. After meeting dozens of Fireflies since tumbling down the rabbit hole that is the modern festival circuit over the last year, I have no doubt that Arizona has something special to show non-natives who dare venture beyond their borders into the Grand Canyon State. 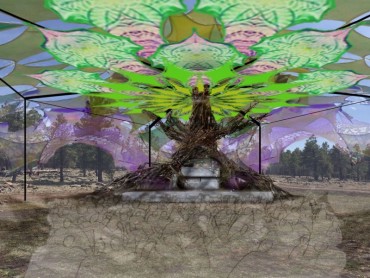 Part of what makes Firefly stand apart from many of its contemporary brethren are its deep community roots—a community that now spans from Flagstaff and Sedona down to Tucson—and focus on the transformative aspects of the human union with nature. The clearest manifestation of this idea can be seen in this year’s main stage—“The Mother Tree”—which is made from 100% recycled materials scavenged from the Ponderosa Pine forest that envelopes Flagstaff. Though one may think “desert” when envisioning Arizona, this stage and the surrounding landscape, overlooked by the San Francisco Peaks to the north, reveal the state’s vibrant and dynamic natural identity. This isn’t just another desert party.

But there’s more to a festival than a beautiful venue, and Firefly’s tight family of orchestrators and performers have ensured this year’s festival will transcend expectation. The 2015 theme—“Emergence”—recognizes that Firefly is breaking outside of its shell into a world unlike that of its past. Where once the summer was dotted with larger festivals sewn together by only the smallest of regional events, today’s festival landscape is more varied—sonically, philosophically and in scale—than ever, giving festivalgoers limitless corridors through which to traverse not only the summer season, but much of the year. Many festivals around the country have outgrown their venues, expanded their attendance goals and transformed into epic playgrounds where fun runs rampant but the truest sense of “family” has been obscured. I believe that while there is a time and place for festivals of every scale, there remains something intangibly special about small festivals like Firefly Gathering that primarily utilize local resources to plan, promote, and orchestrate something more akin to a tribal celebration than a mega rave.

Regardless of your motivation for coming: the music, the art, the performances, the workshops, the family or just to escape the heat, Firefly promises to be something much bigger than just another early summer festival.

Come and gather your creative energy, unleash it on welcoming eyes and ears, find your tribe and heal your mind and body with the sights and sounds of the forest. Dance into the dawn, retire early with a cup of tea, rise for sunrise yoga or take refuge in a hammock with a book. The experience you have at Firefly is yours to create and the chance of discovering something new in yourself and the world is there to be seized… You need only arrive to begin your story. 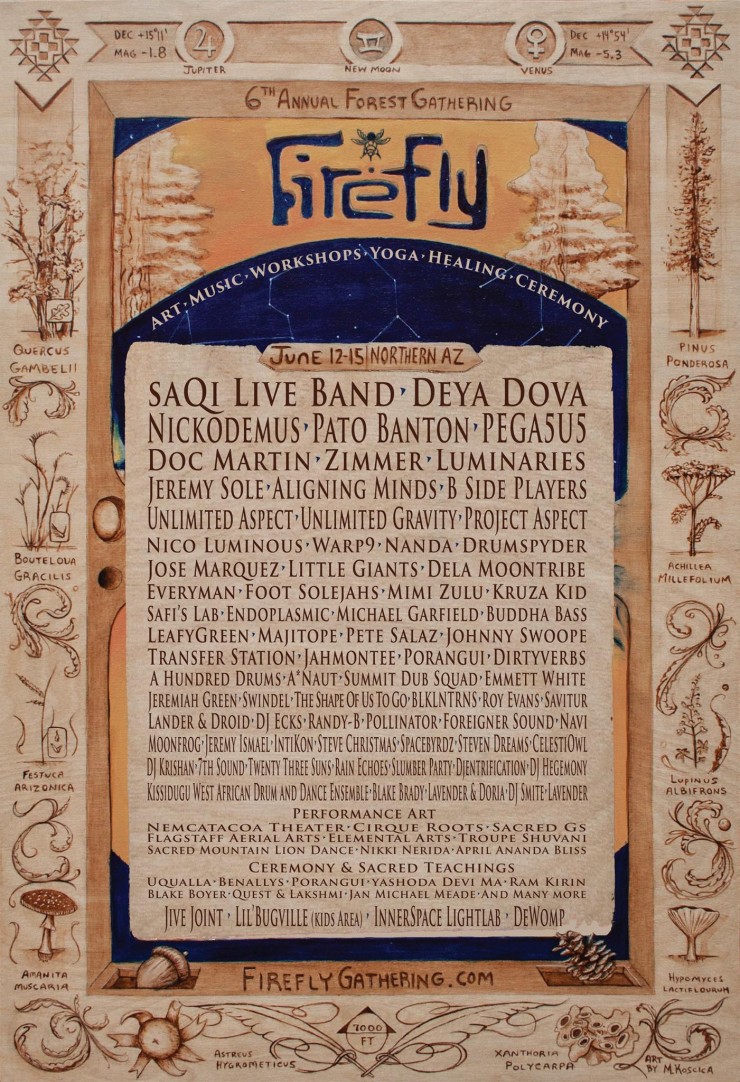 Christian Cortes (SoundScrybe) is a writer, DJ, sound geek and craft beer professional out of Tucson, AZ. With a creative identity forged in the expansive world of psychedelic electronica, he uses language and sound to shape and explore his reality.

Allston erupted with the sound of the London underground Thursday night. Benga, one of the…