Trans Am has been around for a while. A shockingly long time, considering they haven’t really made it yet beyond the Washington, D.C. scene. So we love them for their tenacity, and for slowly but surely getting better. Like fellow madmen Holy Fuck, they are a ballsy, noisy psychedelic rock outfit not afraid to spiral off into a bunch of genres, trying a bit of everything in the studio and on stage.

The trio covers a lot of ground musically, from Garage Rock to Psychedelia to Electro and back, but there are only one or two really good tracks on each of their 12 releases going back to 1996. They lack consistency and an identity that would help them write better songs and build a bigger fan base. This is the price of experimentation; I applaud them for patiently and earnestly exploring different sounds deeply over so many years, to a schizophrenic extent, sacrificing commercial success but changing and growing constantly.

They have an eerie soundtrack album (Surrender To The Night), a totally 80s album (TA), a grungy rock album (Liberation) and several that span from Ambient Noise to synth-laden Pop to guitar-infused Electronica. Its hard to believe they were all made by the same band. Their most recent, Sex Change from 2007, is a driving modern rock album that is their best so far and shows the potential of the band to appeal to the jam scene if they choose the psychedelic-with-an-edge direction and give up on “Alternative Rock”.

Their style begs for a major producer to harness the best elements like Rick Rubin did with The Mars Volta, smoothing out transitions, which can be tough when shifting from hard guitar riffs to ambient grooves, but is always a hot combination when accomplished. Everything about them has an endearing home-made quality to it, but could use more effects and ideas. There is a lot of potential here; these guys should hop on the festival circuit and play their tripped-out rawk for more people.

“On December 8th, Trans Am will release their first live album, What Day Is It Tonight? which chronicles their tours and music from 1993 through 2008.  The DVD features a sets worth of songs from different shows spliced with backstage footage and memories long forgotten (but recently unearthed).  It also features two entire live sets, one from a very early Chapel Hill gig in ’93 and another from the ’04 Liberation tour in Heidelburg. This album won’t be available on CD and is packaged with the DVD, limited to 1,500 copies. Expect a NEW full-length and tour announcement in SPRING 2010!” – Brainwashed.com 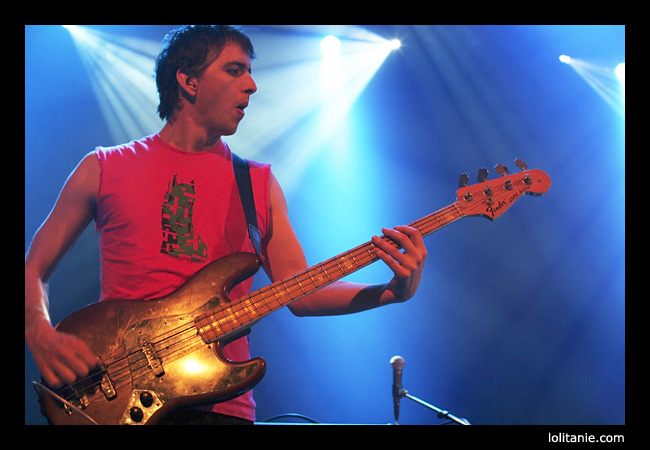 For this month’s “Big Enough for the Deep End” column, we are covering the new…