“Keep on dancin’ through the daylight, Greet the mornin’ air with song

No one’s noticed, but the band’s all packed and gone.  Was it ever here at all?”

Whether we are conscious of it or not, the strands of our being hum and resonate through sound.  The Gods embedded humanity with musical DNA – consult any genetics text – so that each of us would respond in unique ways to music. Certain environments and upbringings cause some ears to become one-track, while others develop exponentially with every new song or live music experience they consume. Those of us that embrace and cultivate the musical ear, make music the way we hear it, and perpetually have a tune stuck in our heads – label us music freaks. We begin the day with an MP3 breakfast, work or study to a soundtrack, love through mixtapes and sleep by turning the tempo down. I have spent many years clicking the “shuffle” and “repeat” buttons on my Itunes before bed. My subconscious studies music rigorously. Obsessed with and lost in sound I am. I wouldn’t have it any other way. There is an unending amount of music – past, present, and future – to be assimilated and savored. Forget freedom of speech or religion, musical freedom is the sweetest gift.

I checked into Boston’s South Bay Correctional Facility on March 25th for an extended stay. I left music venues, Soundcloud mixes and my playlists behind. The night before the dreaded abdication of my freedoms, I realized that my constant dependency on music was forfeit. I had decided to miss that night’s sure to be epic OTT/Phutureprimitive/Supersillyus show at the Middle East. Softly, I closed my Macbook Pro after writing my last article, a review of Phutureprimitive’s album “Kinetic.” One of my Grateful Dead podcasts of a show from the mid 80’s (something with Brent Mydland) lulled me into a surreal sleep. Until that point, I had been comforted by the promise of another night in bed with the likes of The Avett Brothers, Brett Dennen, and Jonsi.  I recall the first beams of light entering my cracked eyelids the following morning; the snug hug of my pillow. On the drive to the courthouse, I put on a Creedence Clearwater Revival album – the last musical selection I made.

I entered jail without any possessions, just a few tunes and lyrics lodged in my helter-skelter head. I came to utilize these precious remnants of musical freedom, returning to them often in my first few weeks of lockdown. I mouthed the words to myself each night as I found sleep silently in the dull light of my cell. My friends sent me handwritten copies of lyrics by songsmiths like Bon Iver, Thom Yorke, and Bob Dylan. I found myself singing and repeating the words like mantras multiple times a day, as I often used them to filter anxious or heavy thoughts into positive fuel for the moment.

With a television in my cell, I admit that music was not entirely absent. However, I would not hope to convince you that commercial jingles, American Idol performances, or the introduction to CSI Miami or the Sopranos is any consolation for losing Bluetech and Beats Antique.  Oddly, I was still comforted by these trivial tunes when they were stuck in my head.  Body drumming and object tapping became my personal prison percussion section. Mouth noises – whistling, humming, sucking – my acapella accompaniment.  Prior to my incarceration, I occupied my robotic ears by listening to music on speaker systems that were way too loud. I now had to embrace the quieted time and regard it as an opportunity to listen to my breathing, my heart, and “it all” – the flow and buzz of the present moment.  Albeit, shouts of inmates within other cells, the buzz of fluorescent bulbs, and the snores and flatulence of a sleeping cellmate fill the air so rarely silent.

I was empowered when I received a copy (A Godsend) of The Complete Annotated Grateful Dead Lyrics. Reading the lyrics to these songs so dear to my soul created song in my mind as I tapped into the intonation and rhythms of the lyrical energy stored in my memory. Then the time of complete silence happened.

They put me in a cell by myself after I moved to a different jail. There was still no sign of the FM Radio Sony Walkman that I had tried to order for weeks. Without the headphones that came with the radio, I could not construct a makeshift speaker for the television, so I had even less sound now. With no cellmate to converse with, I felt like I was at Walden Pond, minus the nature and majesty. The silence stifled the pseudo-music that the lyrics had provided up until that point. Noises like the rustle of my hair, the friction of my clothes, my swallow, my breathing, and the bend of paper became thunderous and resounding. I was enticed by the musical symbol of the television’s closed captioning.

I attempted not to dwell often on the musical freedom I had left outside this Greystone Hotel. It would not make sound and song happen. I was unable to graduate, I was evicted, I attended substance abuse counseling, got separated from my family, and I was forced to live with hundreds of criminals…after all that you would think they could provide a brother with a little music! Does anybody here have a song?? Well I suppose they wouldn’t want to give away the escape route. Until a month ago, I always listened to or had seen music much more than I did anything else.  Much more than I had ever used or sold drugs. It is unfortunate that music is so often so closely associated with drug use. We ought to hope the United States Justice System doesn’t start to jail more music addicts to fill their pockets.

April 18th.  Entirely sober for weeks but feeling tremendously high listening to dance beats! I finally received my radio! Literally the first station I turned the dial upon (90.3) happened to be hosting a Monday night groove down tempo show called “Green.” What luck!  After only hearing the dark for three nights prior, the force of sound expelled by two ear buds was enlightening.  My heart raced, my loins were warm, my brain was spinning. They were playing three hours of Tech House! Do Dis! I recognized the track from the summer of 2008 at 20 Pratt Street in Allston.  (1-2/1-2/12345) was the rhythm. A Claude VonStroke track off of the epic Fabric mix.  My neck and shoulders felt tense from not moving them to music in so long! I hear the sound of a cello in the track. It is all coming back! Time signatures, tone, layering. I shut my eyes to meditate on the raucous blooming of the present moment. Breaks, bass drops, subtle sounds, various tempos..

Jail rage, Oh Yeah! I couldn’t stop dancing if I tried. My knees seemed to be on autopilot, as I ignored the black and blue ankle I sprained playing basketball that week.

“Who’s got my disco ball?!  I’ll trade you some Ramen and some Fruit Loops,” I thought of shouting into the cellblock.

Thankfully, I still had the cell to myself. Personal DJ set, solo status, no interruptions. The radio has a clear plastic case so you can view all the electrical interworking-and probably so that inmates do not try to stash anything inside. The radio DJ gives a shout out to Together Music Festival, Music Ecology, The Wonder Bar, and the Supersillyus/Blue Boy Productions/Professor Pious show going on that week!  What a coincidence that I was listening – the Gods did deliver. Now I was calling the auditory shots (somewhat) once again, the way it should be. My music receptors that were previously gnashing in consciousness were being filled with that substance that cannot be abused – Musica. 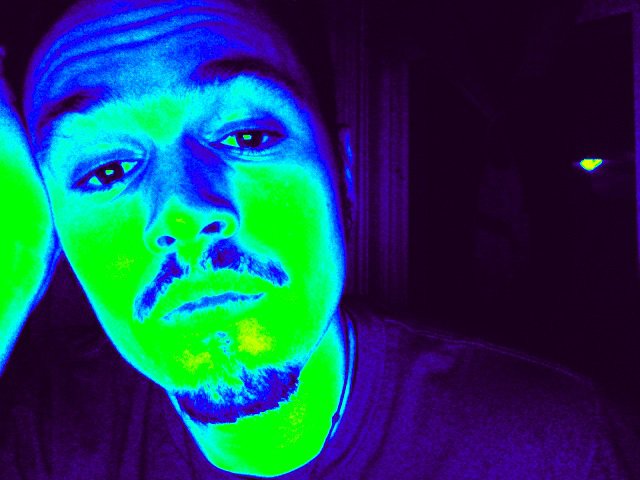 Catch up: EPISODE ONE: JOURNEY INTO THE FILTHY BEAST EPISODE TWO: THE PENETRATION OF STUFFS…