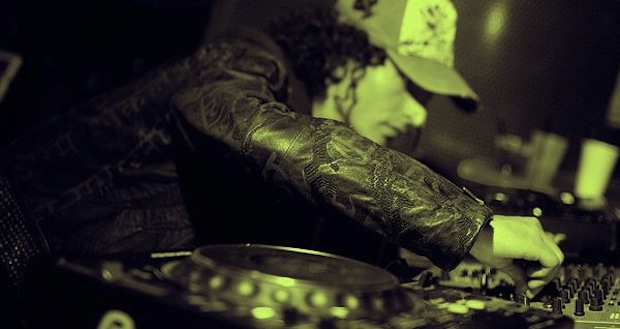 [LiS] Looking forward to catching you at The Big Up, do you have any tricks up your sleeves or exclusive news you don’t mind sharing before the festival?

[An-Ten-Nae] I have been in the Studio non-stop… And will be debuting otherworldly.

Every producer has their own style and sound, describe your self dubbed ‘acid crunk’ in one sentence.

What was the deciding factor that made you want to make music?

The love of music. I had so many ideas in my head that I needed to get out.

How do you approach working in a collaboration with other artists versus flying solo?

The intention of integrating multiple ideas and workflows into one song so that is has balance between the two.

How do you feel about playing on Funktion 1 sound systems?

What interests/hobbies do you have other than performing or writing music?

How do you perceive the musical difference between the East Coast and West Coast beats?

It is slowly becoming less and less of a difference. I would say the West Coast has ingrained openness to new sounds and a psychedelic nature to it… Due to its history.

What is your production setup like both live and in the studio?

In the studio I use synths like the Virus-TI, Moog… UAD system, acoustic treated room, etc… Live I keep it simple and control Ableton using a handheld controller that lets me mix between up to six tracks at any given time… So parts of my set get a bit improvisational. Every set is always different and based on the energy and vibe of the crowd. We’ll just have to see what’s in store for The Big Up audience.

Can you tell us about An-Ten-Nae’s new album?

In April I released Raindrops on Roses, my first debut album after so many singles, compilations, and EO’s.

What are your thoughts on EDM penetrating mainstream culture?

There will always be an underground of music that pushes boundaries. 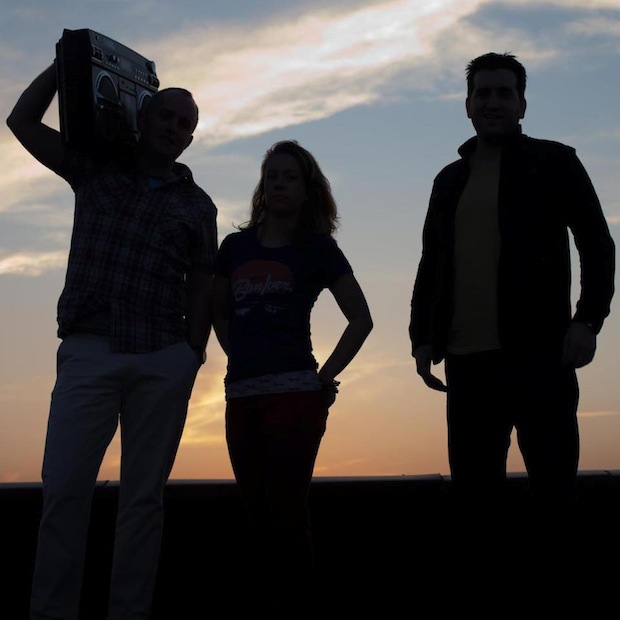 [LiS] What was the pivoting moment that made you realize you guys were onto something and could successfully tour for a living?

[Orchard Lounge] There wasn’t one specific moment where we recognized the fact that we could make a living out of what we love to do. I think all three of us knew what we were capable of before we ever played our first show as a collective. It was all fairly calculated. We knew that we had a rare chemistry, and that people would be intrigued by what we could offer individually, and as a group, when we stepped behind the decks.

When playing shows/festivals are all of you guys digging in the crates or are your sets usually pre-meditated?

It’s completely depending on the gig. For large festival sets, yes, we’ve usually got a pretty good idea of what direction we’re going to take the set well before we put the first record on the turntable. For extended sets, there’s less planning and more focus is directed on making sure we put together a cohesive set. For any type of party, the real magic happens when we’re pulling records on the fly. We’ve never completely pre-programmed a set.

How extensive is OL’s combined vinyl collection? What albums would you say the three of you play/sample the most?

Between the three of us, I’d guesstimate we’ve only got somewhere around 5000 pieces of vinyl. We put just as much effort into our vinyl purchases as we do our digital music, so there’s not a lot of garbage in the collection. Admittedly, we don’t buy nearly as much vinyl now as we used to.

Explain your creative process. Do you all do your own thing, then come together to integrate? Or is it a collaboration from the very start?

In the early days, often times we’d go digging together. It was great fun to spend hours in the record store, listening to each other’s selections. Not to mention the fact that with imports costing around $13, we didn’t want to end up purchasing the same tunes. Nowadays, it’s an entirely different story. We do everything on our own, and then before high profile gigs, we’ll map out what we want to accomplish at that show, the vibe of the set, etc. We try to have practice sessions before every gig, just to listen to each other’s ideas and offer constructive criticism.

There aren’t many producers or DJ’s that can effectively spin both uptempo and downtempo beats. Would you say that you’re all equally involved with both the couch and the dance floor, or do any of you have a preference or specialty in one of the two?

No preference, we’re equally as enamored with couch surfers as we are with bangers. I think we push each other to make sure that we’re always staying on the cutting edge of both the downtempo/midtempo world, as well as the more fast paced deep/minimal/tech joints.

What is the state of the House and DJ culture in Chicago right now? What do you think of the current rise of house music worldwide?

The culture here locally is thriving and the amount of talent coming out of this city is absolutely absurd. I’d be nervous to play here if I was from somewhere else. Chicago doesn’t mess around. As for dance music’s influence on the mainstream, I think we’re about to see a lot of underground artists getting widespread recognition. If they play their cards right, that is. For example, I think our buds in the Hot Creations crew will be asked to make beats for pop artists in the relatively near future. Rather than douche nozzles like Flo-Rida & Pitbull sampling basslines from artists like Infinity Ink, I think soon a lot of mainstream cats are going to reach out to the underground. As long as those collaborative efforts are focused on putting out a quality piece of work, where they’re not just eyeing the paycheck, I think the possibilities are limitless.

How do you feel about the trap/hip-hop mainstream industry infiltrating the electronic dance music scene?

Orchard Lounge is, and forever will be, hip-hop. We don’t hate.

If Orchard Lounge had its own festival with unlimited resources and zero restrictions, where would it be and who would be on the bill?

The moon. Line up would include Todd Terje, ANDHIM, Velour, Fuck Buttons, Durerstuben, Lullabies In The Dark (Aeroplane reunion!), Justin Jay, Washed Out, Big Krit, Pete Rock & CL Smooth, Led Zeppelin, James Brown, Joy Division, Jeru The Damaja, The Smiths, Parov Stelar, Zapp & Roger, and Nico Jaar. Mitch Hedberg would do comedy between sets. And this is just the line up for the Lunar Assault stage, on the Dark Side stage it’d be a 24 hour Pink Floyd set. Black Star would headline the VIP tent.

Tell us about your experience at The Big Up 2011, what sets it apart from other festivals?

I’ve got to hand it off to the Queen for this one, as I wasn’t there…

Big Up 2011 was our first time at the festival. It started off, interestingly enough, with us showing up a day early. As the artists roaming were on a rotating schedule, we were not due to our room for another 20 hours. This meant we technically had nowhere to stay. Never fear, knowing we were among an amazing group of people (and that we had to leave for another gig directly after our early morning set), we decided to enjoy as much music and camaraderie as possible on the gorgeous grounds. We were not disappointed with our decision. One of the best festival feelings to experience is realizing you are surrounded by not only like-minded attendees, but friends and family. There’s a joint effort by all involved to ensure that a good time is had, and it usually is. I remember enjoying Big Gigantic‘s set that night (and them dropping a very hot Kanye remix) and then wandering around and exploring, stumbling upon a bonfire, napping in a homie’s tent (thank you Miss Mwa Nas E), and awaking to another gorgeous day. Just like the perfect night of music in a club – when there is an effort to create an experience vs. just a raging party – lifetime memories are created.