I’ve been a fan of The Future Sound of London since I first got into electronic music, and their new project The Amorphous Androgynous is tantalizingly wild and unpredictable. Garry “Gaz” Cobain and Brian Dougans are back with a small army of contributing instrumentalists, vocalists and weirdos. The new material expands on their experimental and genre-bending work of the past, which has ranged from trip-hop to ambient techno to cinematic soundscape. Mellow classics like The Isness and dance music variations like Alice In Ultraland established the pair as innovators at any tempo.
Returning with a new mission after spiritual travels to India, they are drawing on a massive library of music from the last half century, as well as great custom samples from their new friends.

Remember the old “this is your brain on drugs” commercial with the fried egg? Well, imagine, instead of violently cracking and burning the egg, it was made into the most appetizing omelette stuffed full of meats, cheeses and vegetables you’d never seen before. That is your brain on Amorphous Androgynous. Sitars will drone, axes will shred, the kool-aid will be passed around. 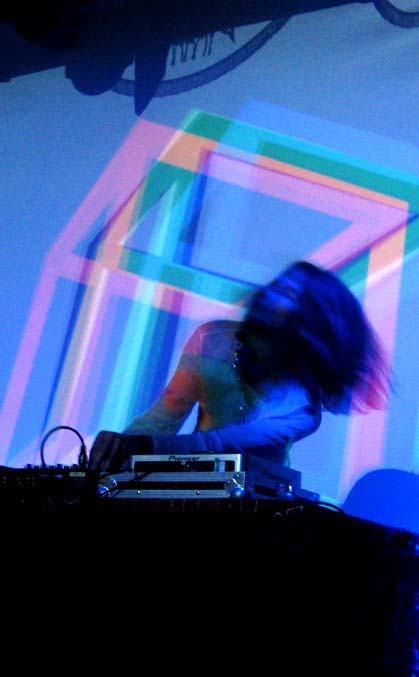 In 2006, the duo started work on a series of mixes called “A Monstrous Psychedelic Bubble Exploding In Your Mind”, inspired by the band’s 1997 DJ set of the same name. The first two were released under the Amorphous Androgynous alias, subtitled “Cosmic Space Music” and “Pagan Love Vibrations.” They ended up taking years to compile, mix and clear samples, but the finished product is a unique journey that broadens the range of electronic music. Both feature the band’s psychedelic rock influences, and twist and turn through a bizarre funhouse where ideas and influences mingle and collide. Neither is consistent all the way through, but both contain gems and explorations worth hopping on a gypsy caravan for.

A third mix is set for release late this year, and will be cleaner and more electronic, mixed by FSOL. Further mixes in the series are expected to be curated by related artists, and the band took the concept live with an eleven hour spot at 2009’s Green Man Festival, which must have been mind-melting. The potential for special live performances and “happenings” is great, and its refreshing to have an OG electronic artist shifting toward analog sounds and instrumental live performance.

Man Is A Virus In Shoes

Given That We’ve Given

“…song form has just become too limited. And when I say ‘psychedelic’, it’s not a reference to 60s music but to the basic outlook of a child, which we all have. I think this is the only salvation now. Dance music taught us how to use the studio in a new way, but we have to now take that knowledge and move on with it. This stuff, electronic music, is not dead. It’s a process that is ongoing. We have to take hold of the past and go forward with it…”    – Cobain on the new Amorphous Androgynous sound