Anyone who likes to dance would have appreciated the 20,000-person party that went down at Madison Square Garden on December 16th. Swedish House Mafia and A-Trak of Duck Sauce headlined a sold-out show, and they blew the roof off the joint.

Swedish House Mafia, made up of three well-established Swedish DJs, Axwell, Steve Angello, and Sebastian Ingrosso, formed in 2007. It’s astounding that in just four short years, they’ve put together a fan base in New York alone that could pack out a venue of this caliber. This is due, in part, to their previously respected DJ careers, as well as their more recent bass-bumping remixes of popular hit songs, such as Pendulum – The Island Remix, and their creation of brand new bangers, “Miami 2 Ibiza” and “Save the World.”

A-Trak, the New York-based DJ/Producer, is recognized for creating his own label, Fools Gold Records, as well as for his solo career and membership in the house music duo, Duck Sauce.

A-Trak got the starry-eyed crowd at MSG moving in their seats as he started off with slow, melodic house and creeped up to heavier beats. He played behind a 15-foot, multi-colored, stylized “A.” By the end of his set, the crowd was out of their seats with fists flying to some well-known drops.

A-Trak stepped off the stage to much applause, as the lights dimmed and Swedish House Mafia’s crew set up. The room was tense with anticipation of what was about to be bombed on the Garden. The crowd roared as a giant projection screen hanging from the rafters fell to the ground, firecrackers went off, and house music shook the arena.

The rest of the night consisted of build after build, drop after drop. They threw down remixes of work by Afrojack, David Guetta, Coldplay, and even Adele. This show was definitely the wildest thing I’ve ever seen in an arena as big as MSG. We’ve all seen bands like Furthur and Phish here, but seeing a 20,000-person rave from Level 400 was out of control.

Swedish House Mafia is definitely something that you don’t want to miss the next time they come to town. For a taste of the night, I’ve enclosed the live set and track list. Enjoy! 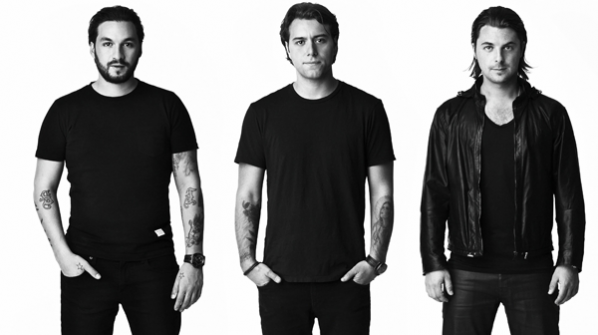 As a word of advice, make sure you finish off today’s to-do list before starting…