After bunkering down for several weeks in my wooded mountain lair, following the life-changing experience that was Envision Festival in Costa Rica, it was time once again for another unique and elevating expedition to occur. This time the current took me to southern California to the magical setting of Live Oak Ranch in Santa Barbara, CA, where the first-ever Lucidity Festival was being held. On this forum, suffice it to say that the Lucidity crew absolutely killed it, producing a first-rate festival that had all in attendance thoroughly impressed and eager for future events of the same vision. Check out Drift Dodgers and Caeli La‘s full heart-pouring review here.

Lucidity was admittedly a last-minute decision, pushed from possibility to reality by a spot in my friend’s Cadillac. Having planned on attending Sound Tribe Sector 9‘s Great Cycle Spectacles at Oakland, CA’s famed Fox Theater for quite some time, and with a friend’s birthday party to attend in Santa Cruz mid-week in between the two events, all of a sudden I had quite a week and a half to look forward to.

After not being able to make it to the Denver Great Cycle Spectacles to much internal disappointment, I had been building my Sound Tribe live show energy for months and was finally able to release it on 420 2012 in none other that northern California’s Oak-town.

After hearing from several homies in attendance at the Denver Spectacles shows that the first of the two shows was kinda weird and subpar, I had a feeling that it would be a similar situation this time around. Maybe it was in my own head, but the 420 show was definitely a strange one, fucking awesome nonetheless. For the entire show I was thoroughly captivated by Saxton‘s masterful lighting design that has now fused seamlessly with the visually magnetic LCD screens that lie behind the 5-piece band.

Musically speaking, the highlight of the show was undoubtedly “T.W.E.L.V.E.,” a OLD school favorite that had not previously been played since 2006, supposedly due to a lost keyboard sample that apparently could not be adequately duplicated as a result of keyboardist David Phipps no longer possessing that same keyboard. However, as some successfully speculated, the band was instead letting the song linger in hibernation until they would once again bust it out sometime during this transitionary year of 2012. I would say that 4/20/2012 in Oakland was quite the appropriate time and place for this to go down.

Following “T.W.E.L.V.E.” was a string of auditory goodness consisting of the Grateful Dead‘s disco-era favorite “Shakedown Street,” the first time I had the pleasure of hearing Tribe cover the song live. In stark contrast to the disco beat of Shakedown, next came a gangster-as-usual “EHM,” a solid “Aimlessly” with “Nautilus” teases and morphing hexagonal tri-comb visuals, an entrancing “GLOgli,” and a rare first set “Circus” to end the set.

The second set was a five-string act of primarily new songs, with the exception of “Grow” and a slowly-ascending and mellow-as-it-gets “Tooth”, as minimal and graceful lighting effectively softened the aggressive tone of this song. In general I found that the frequency of the entire second set, for the most part, was on a super high pitch that seemed to rattle my brain in an odd and disturbing way. The band ended the first of their two nights in Oakland with a two song encore combination of “King Pharoah’s Tomb” complete with exploding hexagons with King Tut’s face in the center and fading to small red dots, resembling a Pointilist era painting, and the longest most twisted “Scheme” ever that started at half speed and lasted at least ten minutes.

I arrived at the 421 show refreshed and energized after an amazing lunch and afternoon spiritual sesh. From the very first notes of “20-12” I knew that the strange frequencies of the second set from the night prior would thankfully not be repeated. After seeing “20-12” live at Re:Generation last year, the song is definitely one of my favorites out of their new tunes.  It never fails to emit a super high-energy sound and vibe, and yet it’s not actually all that fast. After a nearly ten minute version of the song, the band transitioned into “Evasive Maneuvers,” one of my all-time favorite Tribe songs. This version had a stalled intro that alternated back and forth between three notes, before Murph erupted into the full-fledged bass line that I know and love. The band then busted out another classic favorite, “Kamuy.” Other highlights included a long and badass version of “Arigato,” which transitioned into “Vapors” and ended with a ten minute long energetic drum and key solo battle between Phipps and drummer Zack Velmer.

The second set opened with a sinister-sounding “Be Nice” and then segued into the best and most delicious version of “Instantly” I’ve ever seen, with lots of energy and not an overabundance of “instantly’s,”. This then transitioned beautifully and powerfully into “Rent.” The visuals during the second set were on par with the night before, with flowers blooming, face photographs, and Biblical era religious scenes. By far my favorite musical-visual tie was the photographs of faces quickly alternating all over the perimeter of the screen with a carnival scene in the middle, which eventually led to the super deep and emanating voice echoing “What is Love?” which of course then led to the song of the same name.

“The Rabble” was pretty good but hyphy as usual. My favorite musical part of the show was the “Inspire Strikes Back” which was played next, successfully getting me to dance the hardest that I have since the Opiuo show at Envision; I’m pretty sure it was hard enough that it sent my eyes somewhere other than looking ahead of me. The last two songs of the set were entitled “Deactivation” and “Oakland Earth Zoom,” the latter of which started with a speech that stressed and hopefully made all of those in attendance understand or at least think about just how important the time in which we are living truly is, as this is when we need to collectively ascend and synchronize with those forces greater than ourselves.

With a live camera feed from the back of the theater and an enthusiastic goodnight speech from Murph, I would have been satisfied if the show ended right then and there. But somewhat surprisingly, the band came back out for an encore “Scheme” which, although not my favorite, definitely ended the weekend on a high note.

Be Nice
Instantly >
Rent
Equinox
Another fancy interlude
What is Love?
The Rabble
Inspire Strikes Back
Deactivation
Oakland Earth Zoom

If you have the means, I highly recommend getting yourself to Red Rocks this June 16th for Sound Tribe Sector 9‘s next and only remaining scheduled Great Cycle Spectacle show. The rest of their currently scheduled festival appearances and tour dates are as follows: 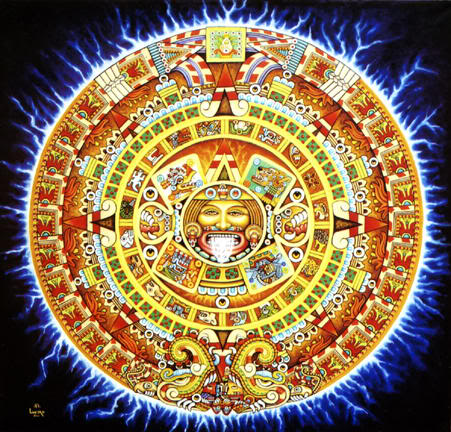 After long flights, drives, and a few hours slightly dozing to beats by Akara -ironically an…