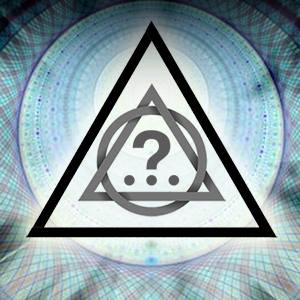 First, a message from Schlang…

“After an arduous legal battle and secret conference with the gangster computer gods on the far side of the moon, we have finally tamed a transmission to receive the reluctant approval of the FDA. Its nutritional content may be null, however, after copious ingestion and subsequent indigestion, you and your kids will grow up strong and prepared for the new Schlang order. Planet Earth is about to be recycled. Your only chance to survive…is to leave…with us.” 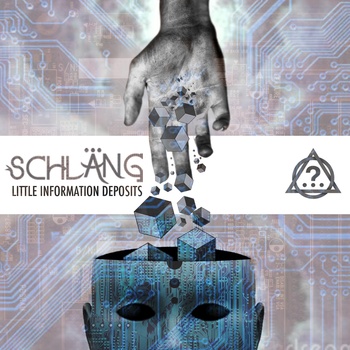 Schlang, quite possibly the most intriguing and mysterious phenomena in electronic music, does not need full body suits or LED curtains to get your attention. Schlang is the product of a brain meld between the infamous Northeast producers, Supersillyus and Space Jesus. Despite the obvious sibilance, these two composers, and now their new project, share a certain timeliness that other acts are missing. It’s a futurist drive to utilize the ideas and sounds that make up our modern lives and fashion them into music that truly represents this new Age.

Space Jesus’ hip-hop laced bass and the psychedelic surrealism of Supersillyus’ compositions provide the perfect soundscape for the duo’s strange vocal samples and premonitions. Each of the four tracks is a public service announcement from a future where “Philip K. Dick stuff” is reality. Picture A Scanner Darkly meets Blade Runner. Fractal sonic burbles, neo-tribal percussion, and alien mantras merge with clean break beats. “Plus or Minus” sounds like one part Nintendo boss battle and one part hypnotist raging a psytrance warehouse party. With a conspiracy theorist musing on our “little information deposits” and “planet Earth about to be recycled.” Somehow this music is exactly what my soul and brain wants right now. I would love to have been in the same room with these two digital sound samurais as they were hit with the revelation that is Schlang.

The hyper-dimensional pair has been conquering the Northeast with a silent disco rumpus at Camp Bisco and mind bending sets in Philly, NYC, and Brooklyn. This week, Supersillyus’ origin point, Boston, will get to plug into Schlang’s USB port of creativity before they recede into their digital command center, nestled somewhere beyond the reach of both the NSA and the Kepler telescope. They have confirmed that Bella Terra festival will be their next public appearance.