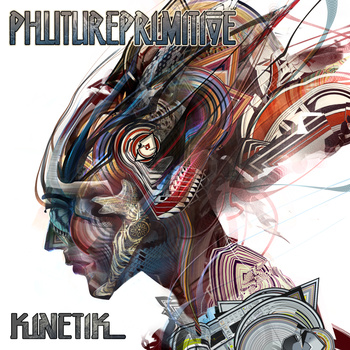 Three years back, while I was a sophomore in college, I began to build up a large collection of digital music. After amassing my first double-digit gigabyte Itunes library, I realized that the sky – or my laptop’s 160 GB memory – was the limit. It was around this time that I discovered the wonder of large external hard drives. Saul Castegnello of HeadzWillRoll.com had graciously allowed me to transfer all of the music I did not already have from his external to mine. Classic Dubstep, Garage and Drum n Bass quickly became part of my everyday. I had been put on the fast track to popular and soon-to-be-popular names in electronic music. To this day, the album that I feel is my most fortunate acquisition in that extraordinary swap of beats is Phutureprimitive‘s first, Sub Conscious (2004).

Phutureprimitive‘s (Rain) sound was completely new to me, and Sub Conscious remains one of the most influential albums in my life. It has been a part of every DJ set I have played, no matter the setting or circumstance. Phutureprimivtive‘s sound connects with our primal impulses while indulging our yearning for the technological.. It was released while I was still a hoodrat in high school, with no idea what a “beat” even was. Since discovering it, I have been waiting for so long for Rain to reach out to the public, produce new music, and integrate a live band dynamic. In the past year he has done all of those things.

Now he’s released his long-awaited sophomore LP Kinetik March 15th via his own imprint, Native Harmonix.  On Kinetik, Rain explores a heavier, bass-centric sound that adds raw energy to the meticulously detailed tracks this trusted producer is known for.

“This album is a reflection of the times we are living in … hard and aggressive, lush and beautiful, kinetic, frenetic, distorted, ever changing …  but with each passing moment, a chance to move through life and make it a better place than we found it.”  ~Rain

Or purchase securely at the following locations:

Kinetik is more future, less primitive. His gnarly tribal demeanor growls over thicker, more driving beats. On “Xotica”, tasteful, heavy womps and breaks mesh with sensual vocal sounds. This is bass music with mind-bending production, a smarter heavy sound than some of the music you’d go stomp it out to at a Hard NYC event. “High Rez” is a great example of this synthesis of styles as he lays down thick bass progressions followed by more light-hearted and airy parts.

His music is singular and unique in its approach:  Lush melodies drift across intricate rhythms, groove heavy beats and warm, fuzzy bass lines.  Often exploring a dark and dense palette, he also manages to convey a sense of tranquility and beauty, engaging the listener into hypnotic movement and often escalating toward a physical experience. Conceived and produced in a digital environment, the music manages to convey more humanity and organic warmth than typically found in an often cold and sterile genre.  Shimmering with cinematic qualities, he speaks to both the mind and body.

On “Disappear”, you hear a song fit for a very moving scene in a movie. A low, truncated undertone moves inconspicuously beneath the waning and buzzing sounds. A tranquil voice reminds us that  “Every moment is made to disappear,” and pleads “So pull me under, drag me over. Never let me go.” Rain has tapped into his humanity on this album, speaking directly to people. The music has a special energy pumping through it, Kinetik energy.

In support of this release, he embarks on a 24-show tour across North America with fellow sonic mastermind Ott.

I spent part of my Halloween weekend this year at Sumthin’ Wikkid This Way Comes….