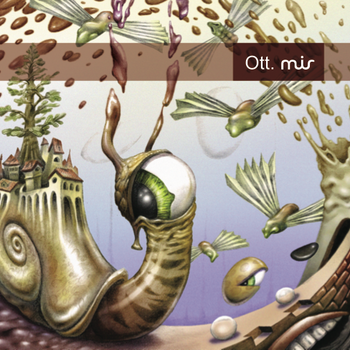 Ott returns to the United States to tour in support of his brand new full-length album Mir, which came out March 15th via his own label Ott Sonic Music.

Get your copy here:

Ottsonic.bandcamp.com and at all major online retailers

In anticipation of the release, he is giving away the track “Adrift In Hilbert Space”:

Ott’s prolific career with influential UK label Twisted Records has seen two successful full-length releases, collaborative work with Simon Posford (Shpongle), as well as the release of his world renowned Hallucinogen In Dub remixes.  Now, the veteran producer takes his music to new heights by combining his classic sound with a cunning reflection on the styles of our times.  As a result, Mir is being heralded as his best work to date. To accompany the release, Ott will be performing a re-formatted live PA set this spring and summer in packed clubs and festivals on a 35+ show tour across the US.

Sitting in a cumfy lounge chair…sipping on lemonade… my book on my lap…eyes closed on the beach… STRIKE THAT… a lush meadow, under a shady tree, under a blue sky…a few puffy clouds…a slight, cool breeze rustles the leaves… so content… no, HAPPY… I mean REALLY HAPPY…

Yeah, right… One Day I WISH TO HAVE THAT KIND OF TIME.

Mir is the extremely anticipated and newest masterpiece of (dare I say) musical genius, Ott. It has been my ultimate pleasure to witness the evolution of this creator of audio pleasure who has the ability to transport the mind through time, to alternate universes through sound.

Heavily based in dub, this album incorporates a seemingly endless supply of mediums, styles and techniques, bringing in new sounds and adding them to what we’ve come to expect from Ott. There are dubsteppy beats (“Adrift in Hilbert Space”), heavy use of Melodica, bleeps and blurps, international vocals (both solo and tribal chorus), live instruments, warm, lush tones… all that rise and fall and travel across one’s sound system to fool your dome into thinking you’re actually in some peaceful parallel universe.

My adoration and OBSESSION with Ott‘s second release Skylon is where my passion originates from. I get chills listening to the pure beauty of a “Nice Little Place”… I imagine that tomorrow I will sit in my office pulling out my hair from my daily frustrations and pop this little gem in to get me to that “Ott Place” where I can be calm and free…even if it is for only 7 minutes and 14 seconds.

On previous albums, there have been songs that tear your heart strings to shreds, raise the bumps on your arms, fill your eyes with tears, and complete your soul. There have been tracks I have imagined walking down the isle to as a bride… songs I imagine saturating the air while entering the pearly gates of some afterlife paradise (“Queen of All Everything,” “Shower of Sparks,” “Smoked Glass and Chrome”). “The Aubergine of the Sun” is the dreamy conclusion to Mir, winding with acoustic guitars and building into a glowing climax. The tribal vocals and beautiful melodies leave you with a feeling of completeness and a full heart.

Ott has a sound all his own. You hear a few beats and you know just EXACTLY who is at the helm. He is a master of his trade, and like all recordings before, Mir does not disappoint… in fact it continues a musical saga and incorporates new sounds like crunk and dubstep. The soundscapes are more dramatic and cinematic and the dancefloor bangers more straightforwardly intended to be so. It is not the album I would play for someone I was introducing Ott to, but for a fan, it is a welcome and long-awaited dose of liquid dub!

Ott. is available for interviews.