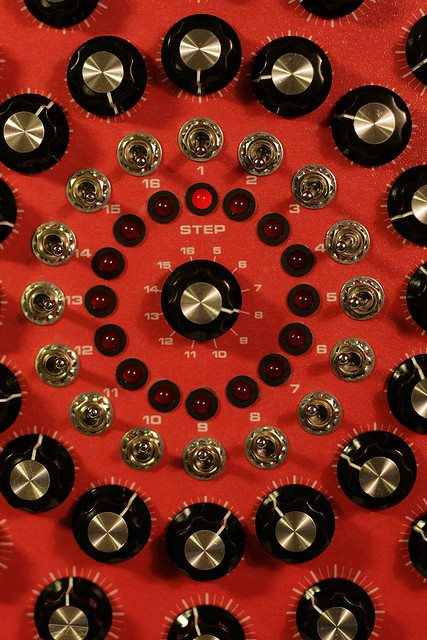 This week holds the arrival of a rather special, and groundbreaking gathering for the East Coast music and art culture, as well as synth culture as a whole – Moogfest, a respectable and eclectic cornucopia of all things music, sound synthesis, technology, and of course all things Moog Music. Moogfest will be held at the home of Moog Music HQ and the Moog Factory in Asheville, North Carolina. For those who don’t know about Moog Music, Moog was started by synth pioneer Dr. Robert Moog around 1953 as R.A. Moog Co. starting off with theremin kits. The company has grown through the years evolving to be one of the first major manufacturers of modular analog synthesizers. Him and his company Moog Music have pioneered and developed tools that give artists the ability to create and express themselves in new and limitless ways. An excerpt on the history of Moogfest; “Since 2004, Moogfest has been a gathering for the musicians that worked closely with Bob and his instruments. When Moog Music brought the festival home to Asheville in 2008, it adopted a three-day multi-stage format to include contemporary bands and producers that exemplify the innovative spirit of electronic music. This year, Moogfest is amplifying its vision to include a conference of conversations and creative collaborations that eclipse any typical festival. Moogfest is charting the course for a future of unknown sight and sound.” 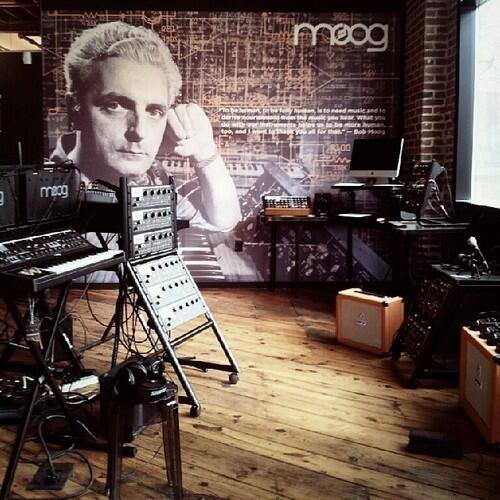 Everything from pioneering musicians, sound designers, and artists of all sorts to an elaborate web of genius speakers, intellectuals, innovators, music/sound technology engineers and developers will descend upon Asheville. Here you can find yourself audience and student to the minds of everyone from Giorgio Moroder, Herbert Deutsch, and Keith Emerson, to Roger Linn (Early MPC engineer), David Cohen (Futurama creator), Dave Smith (MIDI pioneer), and Daedelus (monome/controllerism pioneer). You can see and listen to workshops and interactive panels on everything from ‘How to Listen’ to ‘The Future of Music Visuals,’ intriguing presentations from tech giants like Google on ‘The Future of Audio’ and their interest in it, and a panel/presentation from professors and students at the MIT Media Lab on ‘New Musical Frontiers.’ In the evenings you can engulf yourself in performances from a plethora of international performers. This years roster includes; Flying Lotus, Aligning Minds, Kraftwerk, Just Blaze, M.I.A., Zeds Dead, Bombassic, Com Truise, El- P, Dillon Francis, Eliot Lipp, Escort, Kaytranada, Mix Master Mike, RJD2, Treasure Fingers, TOKiMONSTA, and Two Fresh, along with too many others to keep listing. 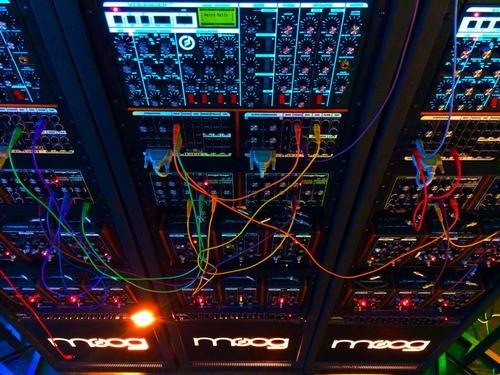 If that microcosm of music and technology weren’t enough, Moog Music has challenges for future synth savants, a circuit bending contest! “Circuit-bending is a chance art form pioneered by Reed Gazala in 1966. It combines art, sonic artistry, and creativity. By altering the internal circuitry of electronic devices such as keyboards, drum machines, and children’s toys, circuit benders are able to produce new sounds not intended in the original design. Moogfest is proud to continue Reed’s tradition of chance electronic design via our yearly circuit-bending contest.”

“This year, Moog’s circuit bending contest is challenging entrants to take a battery powered device and circuit bend it into an instrument capable of creating new and unique sounds for a total budget of $70 or less; The three finalists chosen by Moog on February 28, 2014 will receive (2) passes to Moogfest 2014, as well as a Moog merch package. A winner will be chosen on the basis of reliable functionality, creativity, craftmanship, artistic appearance, overall sound, and the popularity of the device with the public. The winner will be chosen on the final day of Moogfest 2014.”

The festival is also hosting a near week long audio production clinic, including Ableton and Dubspot workshops from top notch instructors and pioneering digital artists, among the many presentations. Moogfest might just be a little piece of what attending NAMM might be like, on a smaller more intimate and educationally directed scale. And looks to be a promising and alluring experience to help continue to set the bar and pave the way for future festivals and mass multimedia art gatherings.

A native of Norwich, CT & New London County. Jon Rose is a new writer/co-creator for LostInSound.org. Jon is an multimedia art promoter, apprenticing VJ/Light Designer for Artistic Projection LLC, As well as an explorer of music and sound in his free time with his his developing group project Mudra Musik. He is also a supporter and pioneer of All Good Things and looks forward to helping bring people together around all forms of art. ~*~