Zoogma is a rising gem amongst what is sometimes considered a diluted “jamtronica” scene, but after listening to their music, you will come to find that they have one of the freshest and most mature sounds on the circuit today. Whether you are looking for rock, dubstep, four on the floor dance beats, or just plain ridiculous musicianship, Zoogma will give it to you, and they will give it to you good. I recently had a chance to speak with Justin Hasting (guitar/synths)- one fifth of the upcoming Mississippian jam/electronica powerhouse- about some of their recent shows, the state of music today, and their plans for the future.

First off, let me congratulate you on winning “New Groove” over at jambands.com! How does it feel to be getting this much recognition so early in Zoogma’s career?

JH: It feels great, we are very appreciative of our fans and friends for helping us out with that, couldn’t have done any of it without them!

Lately you have done a few shows with Papadosio and Perpetual Groove. Do you feel there is a difference when you play alongside another young and upcoming band, as opposed to an older and more settled group? How do the crowd and/or vibe compare, and which do you prefer? I can’t imagine how sick it must be to rage a Zoogmadosio show (in my opinion, two of the best bands coming up right now).

JH: Both are great and a pleasure to work with. It’s great to exchange new information and help each other out. Brock and Adam from P-Groove sat in with us for a 45 minute jam at our last show in Athens and have really helped us cultivate a family following there. ‘Dosio are some of our favorite guys to kick it with; we have a lot in common and the music always comes first, so we have a good connection there.

You’re playing AURA Music Festival in Florida next month alongside Papadosio and The Malah. Are you guys excited about that? How do you feel a festival gig differs from a show of your own? Which festival has been your guys’ favorite to play so far?

JH: Aura will be a blast, festivals are fun because we get to party with all our friends and everyone’s energy is at max. I think Bear Creek is one of my favorite festivals. Wakarusa is also a really good time, but this summer should be our first full of great festivals so we’re looking forward to checking out new ones too.

What festivals are you guys going to be hitting up this summer? Is there any chance you’ll be heading up North anytime soon? We are eagerly awaiting your arrival.

JH: We’ve gotten lots of bids fro great festivals coming up, but I can’t comment further at this time. We are really excited. We will also hopefully be making the trek to NYC in March with our friends Perpetual Groove.

Good to hear. You guys do some great covers- Eleanor Rigby, Jurassic Park Theme, Ghostbusters. Do you feel these covers have played a role in your buzz? Are they a necessity to throw in every so often? Any cool ones you guys are looking to drop in the future?

JH: Ghostbusters has definitely created some buzz, and we enjoy throwing covers and teases in our set from time to time to keep the fans guessing. I would tell you new covers we’ve learned but then you would know our secrets! One funny thing about ‘Eleanor’ is that we have had tons of friends say that they witnessed strippers pole dancing to our version of that song, probably because we had 10,000 fans on Myspace, half of which were strippers, so maybe that’s a good thing, but at least some people are getting down to it!

It must be awesome to strip to what is arguably the most upbeat Beatles song ever. Speaking of strippers, how much of your show would you say is improvised? Does incorporating pre-programmed electronics into songs free you up more as musicians, or does it make songs more rigid and scheduled?

JH: I would say 75% of the show is improvised. We use loops from Ableton, but our goal with our sound is to liberate the structure and not be predictable. We might begin a song with a loop and a composed section and then move to a rock feel where anything goes, and that’s the way we like it. We’re trying to incorporate more rock with electronic music to where its not so rigid and one dimensional.

As you guys head into 2011 is there anything you’d like to say about the state of music, your plans for the future, or any resolutions you might have?

JH: The state of music is ever changing right now, country and electronica are blowing up and everything else is losing lots of money. In a time like this, one needs to find what kind of music they are true to and stick with it, instead of turning into the John Mayer who puts out a country record to keep his name on the Billboard charts, and that’s really easy to do unfortunately. We are always trying to be better at what we do and create new music. This is our plan for the future, one day at a time. 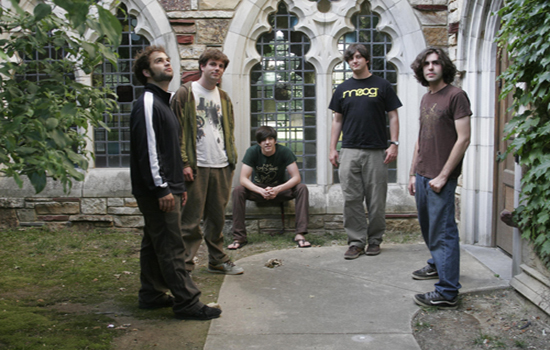 This New Year’s Eve, Zoogma will be headlining their very own bash, “Zoo Year’s Eve,” at Newby’s in Memphis, TN. Be sure to catch them the next time they head to your town or favorite festival. It’s time you heard Zoogma!

Check out a couple tracks:

You can download their debut album, Recreational Vehicles, FREE at  http://zoogma.net.