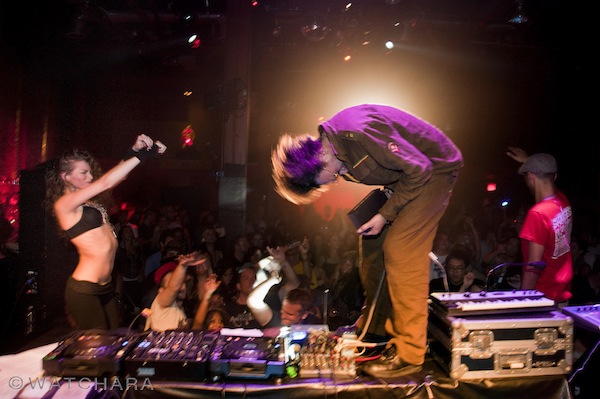 GAUDI is a man impossible to define by genre. For 30 years (yes that’s right he’s an older Italian gentleman) he’s dabbled in punk, new wave, dub and reggae, world, experimental electronica and ‘stuff that rocks dancefloors’ all the while maintaining his roots in big bassline music. His live sets and world tours are considered sacred by some and highly sought after in underground dance culture. Our friends over at Envision Festival are bringing him to headline Premonición – The Official Envision Pre-Party which takes place in San Jose, Costa Rica.

His 2011 Burning Man podcast showcases his wide range of sounds from Bob Marley to glitched out Modeselektor and even manages to rise out a half decent Deadmau5 track in there, along-side opiuo-esq tracks and some  of his own dub productions. Even bagpipes make an appearance in this one of a kind multi-genre live mix that must have been quite the experience to catch in person.