Chronicles of the Landsquid out of Atlanta is Producer and DJ  PERICLES teaming up with Matthias Victor Sayour on drums and various electronic gadgets. The pair makes tripped-out music layering live drumming and winding synth melodies, throwing some dubstep womps in. At times influenced by Indian and Asian traditions, at times an ultra-modern product of the southern psychedelic scene, their music has been steadily evolving into an interesting blend of futuristic beats and effects.

They just released five new tracks in September called The 2010 EP. Get it   HERE

Here’s a couple of the fantasy-inspired choons:

Chronicles of the Landsquid – Elf Central

Chronicles of the Landsquid – The Ancient Dragon

Other favorites by CLS include “Aquatree” and “Tales From Parvati”. Check em out on tour, their live show has tons of energy! 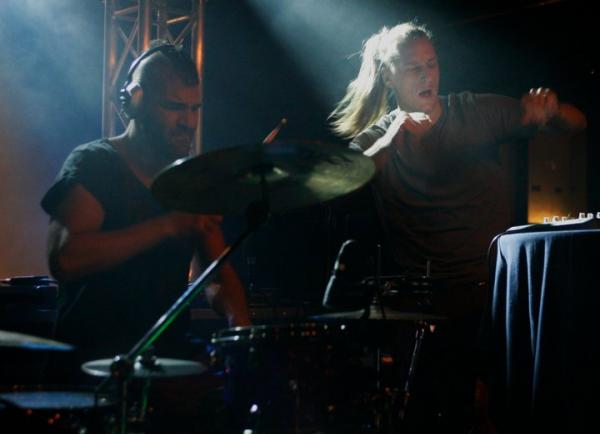 Chronicles of the LandsquidFree DownloadThe 2010 EP

Our exclusive this week is a spooky romper from producers leet & Viskus, two projects with very different…