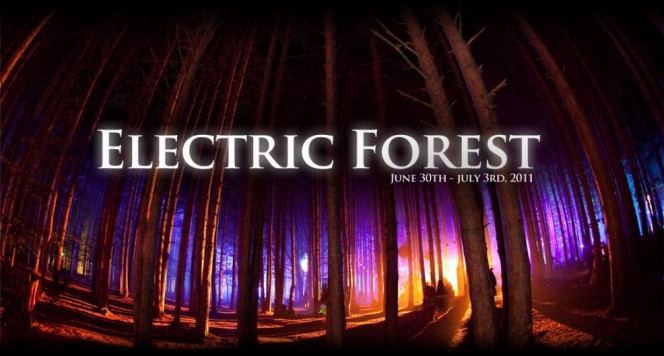 For those who attended either (or both) of the Rothbury festivals, you know that Sherwood Forest alone is worth the trek into rural Michigan. This year, under a new name- appropriately titled Electric Forest– heralded by three nights with the incredible String Cheese Incident, the fest is set to surpass all our expectations… and believe me, Rothbury set the standard. Although the vibes are sure to be a bit different with so much bass music and Tiesto in the mix, the lineup is so well stacked, its just impossible to pass up. Here are our picks for the top 5 acts to see at EFF: 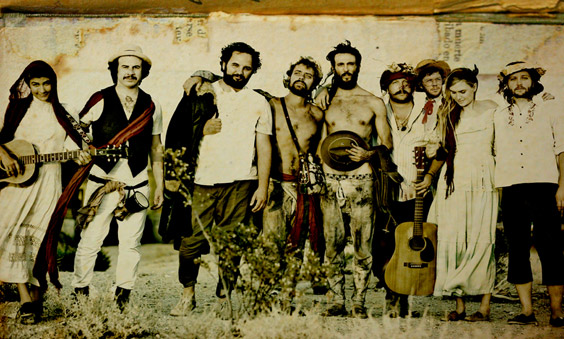 “Birthed by Mouth in the year two-thousand and five, young Edward Sharpe had to wait nearly two years before he was to grow his arms and legs and fingers and toes. Immaculately conceived, his father (a Robot who had magically become a real boy… but that’s another story) declared his undying devotion to the creature. He perched the fleshy bust upon a teetering pedestal fashioned from stacked cereal boxes and positioned the display at his window for all the town to see. Young Edward soon proved no ordinary boy. Though his father had figured him deaf for his unresponsiveness to sounds, he in fact had the universally unique condition of being deaf from hearing too much or, more correctly put, too well. In plain words, he heard EVERYTHING AT ONCE. At first it proved rather painful like a wretched whining winding all hours, but very soon those who whisper visited young Edward and revealed to him the Tricks and Truths, the Ways and Plays, the Chords and Dischords of the Universe. He did not need to eat but the color of the sun, which was F#, and moved his bones to grow. His arms and legs and fingers and toes grew ‘til the tower of boxes collapsed and he laughed. He moved thru the door which was C over B# and ran thru the village hearing ALL of its music! The workers and children and painters of buildings and dogs barking madly and trees bristling softly and OH!!” 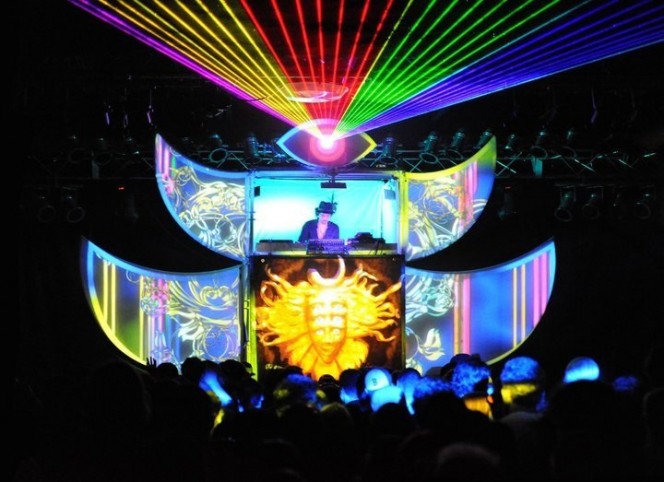 Known around the world for the mind-bending and fully immersive sensory experience that their concerts promise to deliver, Shpongle has raised the bar to new heights with the latest addition to their set-up. This year, UK-based DJ/Producer Simon Posford (the driving force behind Shpongle) is getting ready to hit cities across the US with a full-scale production tour entitled Shpongle presents The Shpongletron Experience.

Quite literally a monumental creation, the “Shpongletron” itself is the brainchild of VJ Zebbler and Coast II Coast Entertainment. It is the visual expression of Shpongle’s multi-dimensional auditory experience. Towering 18-feet above the stage and blasting audiences with 4 levels of psychedelic mayhem, concertgoers should expect nothing less than the best in modern eye candy. With platforms on each side of the structure for dancers to mesmerize the crowd with LED hula-hoops and other glowing art forms, a blooming lotus-like array of screens and an always enigmatic Posford at the center of it all, The Shpongletron Experience is like nothing Shpongle fans have ever seen before.  The structure also features a 6-foot Shpongle Mask (the iconic face that often adorns Shpongle’s albums) that virtually comes alive with projected visuals and animatronics.

Shpongle will also be hurling the listener into unfamiliar territory by showcasing tracks off the just released The God Particle EP. To use their own words, “this maelstrom of beauty and surprise” is an experiment listeners will want to experience “time and time again to reveal the new exciting levels of far out musical adventures” that Posford and friends have been unveiling with their ever-evolving sound. 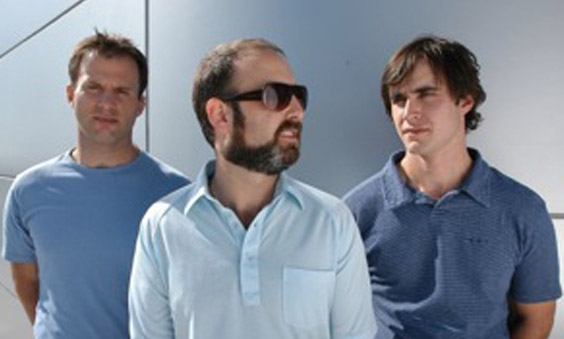 Having recently announced that they will no longer be touring together, this will be one of their last shows, and an experience not to be missed. At the vanguard of a new progressive style, The New Deal has become a live touring phenomenon.  From packed clubs and theatres across North America, to spellbound receptions during support tours of Herbie Hancock or Trey Anastacio & Page McConnell (Phish), tND are always pushing the limits of the physical show experience.  Unique, unforgettable and completely original – the New Deal has captured the attention of music audiences throughout the world. They have appeared at Bonnaroo, New Orleans Jazz Fest, Coachella, San Diego Street Scene, Detroit Electronic Music Festival and dozens of others. Along the way, The New Deal have headlined over 600 shows and continue to inspire audiences of all kinds. 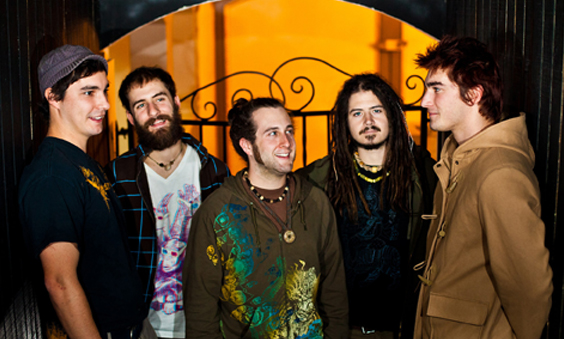 Recently returning from a sojourn to Puru where, under the tutelage of a shaman, they set out to re-define their musical and artistic purpose, these guys are sure to bring the heat. Formed in Athens, OH, Papadosio has been creating a home at the forefront of live-electronica for five years. With a sound defined by unexpected combinations, this quintet has wowed crowds at clubs, theaters, and festivals across the country. The bands songwriting showcases improvisational interludes and refreshing vocal harmonies with an amplified message of transcendence, unity, and universal understanding. Now hailing from Asheville, NC, Papadosio’s mission is clear: to combine eclectic musical traditions with modern electronica to stir the heart and fuel the mind. 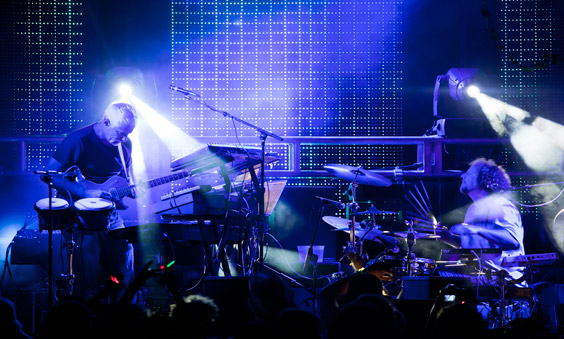 Throbbing bass and thudding beats are the signatures of this project from drummers Michael Travis and Jason Hann. The duo moves effortlessly from choppy dubstep to whip-smart, four-on-the-floor house to psychedelic trip-hop.  It’s a dance marathon and everyone’s in it together. A nebulous beast, set lists are only broken up into tracks for the sake of posterity.  In reality, changes in mood, energy, and inspiration are reflected—in real-time—by rhythmic and melodic shifts.

Because EOTO starts fresh every night, the band’s evolutionary progress has been thrust into hyperspeed, eclipsing standard acts who return to their dusty catalog for every performance.  This is apparent when following the musical evolution of their live performances, which are recorded every night and made available to their fans for purchase. On EOTO’s first 2 studio releases–2006’s Elephants Only Talk Occasionally, and the 2008 release Razed, EOTO bounced playfully between house, trance, and breakbeat.  A huge change in their sound came when Travis and Hann first saw, felt, and heard the cathartic vibes that dubstep could produce at DJ Skream’s set at Shambhala during the Summer of 2008. This influence saw the duo become the first National, live, dubstep act in the US. The wobbly, buzz-saw bass and heavy backbeat style has become a signature of their sets, as heard on their live recordings and on the 2009 studio release, Fire the Lazers!!! Newer material has the duo co-opting sounds from outside the realm of electronic music with scratchy punk riffs and fuzzy sludge metal bass.

The perfect match for EOTO’s incredible live improvised performances, projection designer known lovingly as “Zebbler” will also join the band with a custom animated projection show for select dates along the Spring 2011 tour. Zebbler was voted one of the top 20 VJ’s in DJ magazine, 2007 and is known for delivering an organic visually odyssey with a genuinely live feel.  To kick off the extensive tour, EOTO has launched a video contest allowing fans the opportunity to submit their own content for the live HD video show. Of course 3D animations, animations and complex sequences are encouraged for the overall appeal of the live performance.

Check out more and grab tickets at: Electricforestfestival.com!

With summer coming to an end, festival season kicks it up a notch. Catskill Chill…