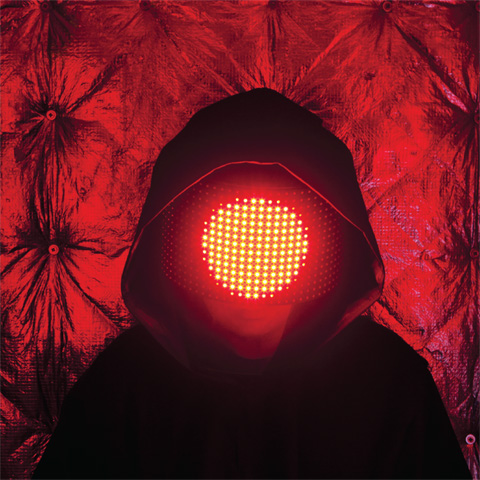 Tom Jenkinson, known to IDM nerds for years as Squarepusher, is releasing his first album since 2008’s Just a Souvenir (mind blowing stuff). I think Andre 3000 said it best: “Squarepusher, that’s just madness, like musical madness. I dig it. It’s kind of like just taking a computer and busting the computer open and making some music out of it.” With a new look (see teaser trailer) and perhaps even more dirty bass lines than ever, Jenkinson’s new alias, Shobaleader One, is intriguing to say the least. Last week, Shobaleader One’s first EP “Cryptic Motion” was released as a 12″ on French label Ed Records. The nine track album “d’ Demonstrator” is set to be released on the iconic Warp records in October. If you’ve got a model of robot ears that find Jenkinson’s style of IDM to be as badass as I do, then this new release is a no brainer.

1. What is Shobaleader One?
Shobaleader One is my band. Last summer a bunch of kids got in contact with me. They were talking about forming an ensemble, which I thought was a ridiculous idea but I was impressed by their perseverance so we met up. Their idea was that they wanted the ‘fantasy group’ I had written about in connection with ‘Just A Souvenir’ to become a real entity that would record and tour. So we had a go at doing some recording and the story so far is documented on this record.

2. Who is in the band?
Basically a bunch of people who you may or may not have heard of from other bands and projects. Part of their idea is that this music is a completely clean break with whatever they’ve done in the past so I’m not allowed to mention any names. I can tell you that they are pretty frightening players.

3. What are the aims of Shobaleader One?
The overall aim is to articulate my music through the medium of a band. I always thought that a band would be a limiting thing. I’ve got very used to being able to make music by programming or playing without having to explain anything to anyone, and I assumed it would slow everything down if I had to. Actually it has made it quicker because I’m not trying to be four people simultaneously any more. I’m not over-explaining anything to them as they’ve got strong ideas of their own and I want to hear that in the final results.

4. Do you have live plans?
At the moment the plan is to tour next year after we have recorded more material. Playing live is part of the focus of this music. I’m really excited about playing live as this group of musicians is an extremely potent mixture. I’ve no idea what it’s going to be like touring with them as not one of us is what you’d call easy going. Every member of this band is a high-tension freak so who knows what’ll end up happening!

5. How did the Mr Oizo remix come about?
That was Pedro’s idea from Ed Banger. I’ve always had respect for that bunch. I thought it would be great because Oizo is on quite a different tip to Shobaleader One.

6. What’s next?
I’m writing more material for the band to record. It’s an ongoing experiment. Each one of us is trying to develop the sound of their instrument. It’s really exciting to be involved with instrumental players who are as into sonic experimentation as much as the actual music. I’ve also been in contact with Andre from Outkast recently.

7. How would you describe the sound of Shobaleader One and are there any specific sounds, artists or albums that have influenced this new direction?
We are playing my compositions, so in that respect it relates quite clearly to what I’ve done before, but as I’m not doing much playing or programming it is sonically quite different. It sounds more focused. Lots of musos end up just making their music a platform to display their skill. The great thing about this lot is that although they are great players they keep 99% of that hidden and just use it to give a very acute delivery of the songs.

Musically speaking these kids come from a metal background but they’re all bang into really slick R&B which I found quite funny at first but it’s making more sense as we go on. The basic premise at the outset was ‘space pop’ – a utopian pop music hallucination. It’s a stand against the affectation of knowing indifference in urban life and its corollary in music. I’ve always wanted to sabotage coolness as for me music is about laughing and crying, not about standing around smoking cigarettes.

Squarepusher presents – Shobaleader One – d’Demonstrator from Warp Records on Vimeo.

In regards to his new project, Jenkinson says “Last summer a bunch of kids got in contact with me. They were talking about forming an ensemble, which I thought was a ridiculous idea, but I was impressed by their perseverance, so we met up. The idea was that they wanted the ‘fantasy group’ I had written about in connection with [my] Just A Souvenir to become a real entity that would record and tour… Part of the idea is that this music is a completely clean break with whatever they’ve done in the past, so I’m not going to mention any names. I can tell you that they are pretty frightening players.” – (XLR8R.com)

Stream “Cryptic Motion” and the Mr. Ozio remix below:

BONUS:
Squarepusher recently released a live album from 2008 of Jenkinson on stage with simply an amp and his bass. Seems like some pretty incredible instrumentation from the mad scientist himself. 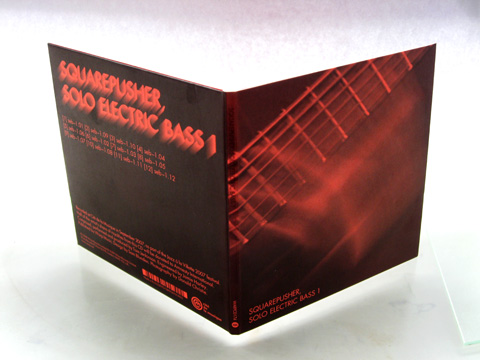 Review & Photos by Guy Shechter Two words – they’re back. It has been four…