“My intention is to raise the global vibration through the music and live experience that Govinda creates.” – Shane Madden (aka Govinda)

Govinda is the alter-ego of Austin based electronic music producer and violinist Shane Madden. Govinda began his lifelong musical journey at the age of eight, when he began playing classical violin. Later, while studying at the prestigious University of Texas School of Music, he cultivated a deep passion for electronic music. Govinda has crafted a unique marriage of violin styles from across the globe; overlaid with ethereal synths, sensual bass, haunting female vocals and hypnotic rhythms. The result is a complex, spiritual tapestry that some have termed “Gypsy-Dubtronica.” 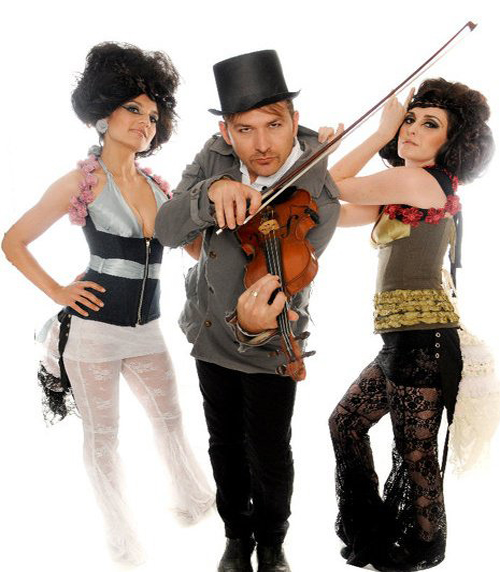 Over the years, Govinda has graced the stage with acts such as Bassnectar, Thievery Corporation, Tipper, Cheb i Sabah and many others. In 2007, as a direct collaboration with members of the group, Govinda released a remix of Thievery Corporation’s “Shivam Sundaram.” Featured on AOL sessions, it sold more than 100K copies worldwide. Govinda’s music has appeared in many independent films as well as on television shows. Govinda’s live show is an intimate, multi-sensory experience; the audience is immersed in a textured atmosphere of exotic, dubby vibrations interwoven with cosmic visual projections, world class dancers and mesmerizing vocals– all to the magic of his live electronics and violin. Below is Govinda’s latest mix, “Alchemy Amalgamation,” which entails a mix of tracks from his latest album and unreleased bangers as well.

Govinda is currently touring in support of his album “Universal On Switch,” which was released independently earlier this year. He will be hitting the Northeast with his first stop in Boston at Wonder Bar on 12/13, with support from Lost in Sound‘s very own Zola, Blue Boy Productions’ Alex Russo and Music Ecology’s Professor Pious. He will also be hitting The Blockley in PA with Archnemesis and Space Jesus 12/14 and Public Assembly in Brooklyn 12/15 with Archnemesis and Outlet. His whole Northeast tour is going to be huge and I can’t wait to see him perform live. Enjoy the mix! make sure to check out IntuiSean‘s previous Track of the Week on Govinda!

Review by pokesmot At times New York City can seem like a non-stop running festival,…