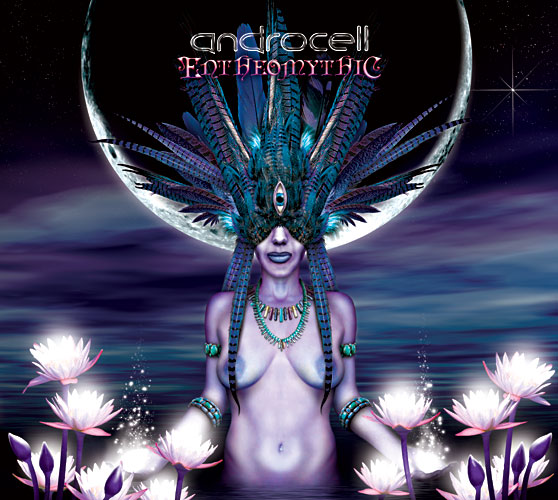 Androcell is an electronic and organic music melding project begun in 2003 by producer Tyler Smith. On December 10th, he’s releasing his greatest work yet, Entheomythic. The album takes his formula of tripped-out, dubby chillout beats and world music samples to another level, and assures his place in the hearts of psychedelic voyagers everywhere.

“This is all just my learning experience on a CD,” says the artist about the new album. “Tyler has experimented with electronic sound forms for well over a decade but had been involved with acoustic music in early childhood. Enticed by audio formations from humans with analog circuits and digital processors, fused with traditional, ethnic, and world music influence, he set out to create his own hybrid musical expression. Androcell music is designed as an encompassing aural experience for cognizant chillers who seek excursions through quality sound.” (Androcell.com)

Other standout releases of his include Effloresence and Emotivision, but this new one tops them all with a richer, more upbeat and bass-driven collection of tracks. It is a culmination of many years of work in the lab and much mental exploration. Grab it HERE and see for yourself!

If you haven’t heard yet, be sure to check out the up-and-coming Sophistafunk. This three…