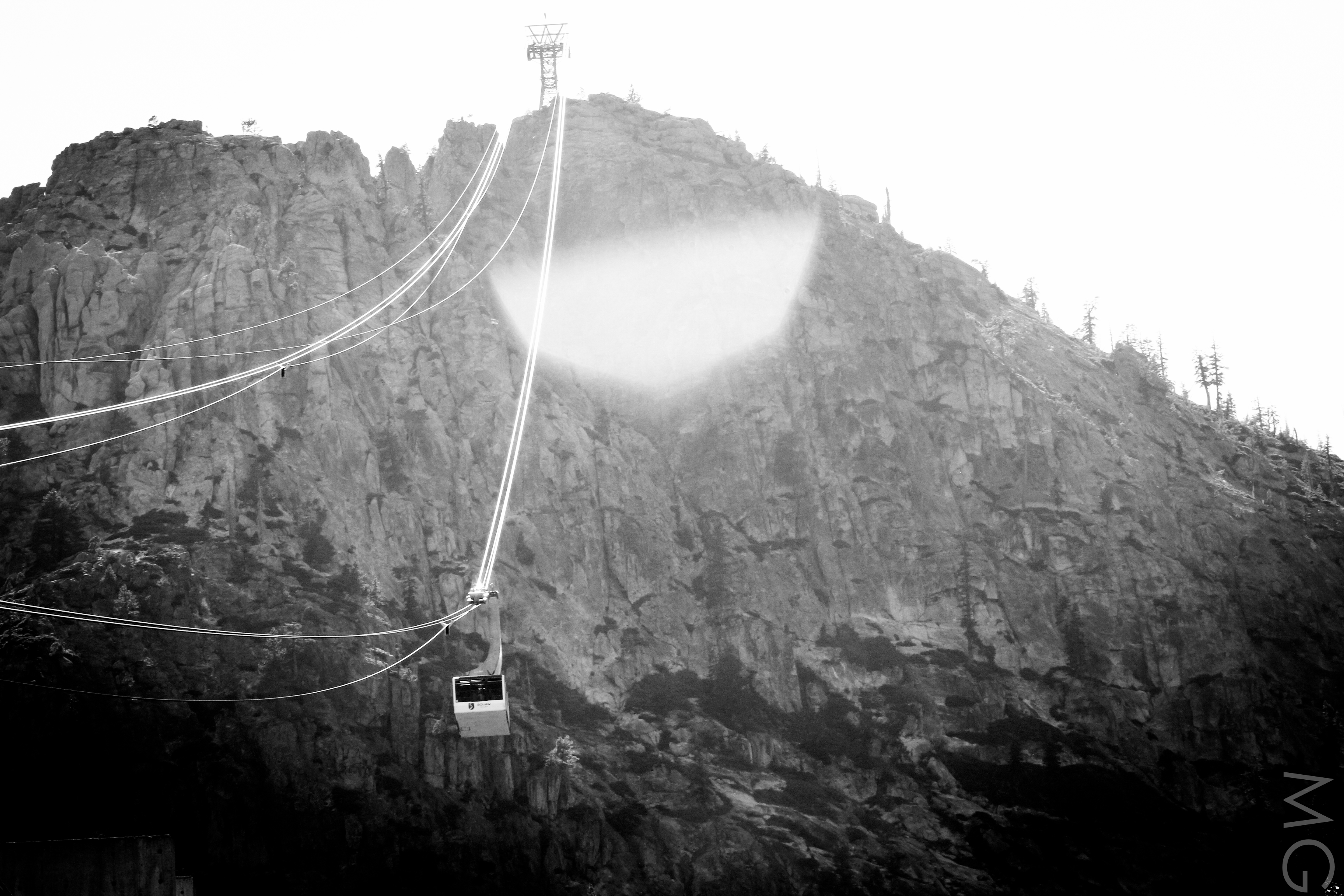 Arriving onto the ‘set’ of Wanderlust Festival was somewhat of a dream. Nestled deep in the mountains of Squaw Valley, near Lake Tahoe the natural beauty of this place was breathtaking. I was immediately inspired by the professionalism and intention of this gathering; as it seemed as though Wanderlust’s Brooklyn based production team had thought of just about every element that would allow this weekend, with endless workshops and musical performances, to run smoothly. Featuring some of the worlds most talented teachers, ecstatic dances, mountain biking, meditations, lectures, pool parties, and paddle board yoga, it was easy to see why the 4-day tickets to this event were selling at $500 a piece… In a sea of wanderers there is no telling what you will find. 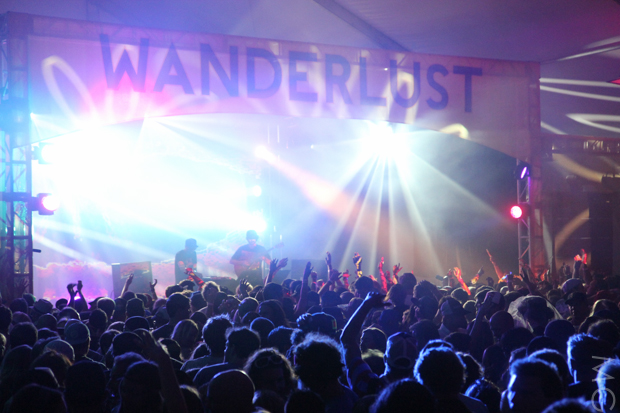 As so eloquently stated in a poem by J.R.R. Tolkien…

“All that is gold does not glitter,

Not all those who wander are lost.”

After teaching a corporate yoga class that morning in Silicon Valley I arrived 5 hours later just in time to take Seane Corn’s (Co-Founder of Off the Mat Into the World) class titled SHADOWS & LIGHT: Re-Claiming the Sacred Feminine in ALL. This class was potent in every sense of the word. Along side with more than 100 individuals, we dove deep into hip openers, examined vulnerabilities, and were encouraged to look our shadow and sensitive-self straight in the eye to find the keys to our personal truth. Seane jokingly stated that we have stored in our hips every single unprocessed relationship that we have EVER been a part of. Yikes! It was inspiring to see so many people fired up about personal transformation; going through the intensity of deep hip openers and collectively letting go of stuck patterns and limiting beliefs.

After a shower, costume change, and coconut water hydration at high altitude I headed off to Caravan Palace‘s set at 8:30. This start time seemed early considering the typical all night party that can often be found in the West Coast festival scene. But it did make sense considering many participants had been practicing yoga since 8am that morning. 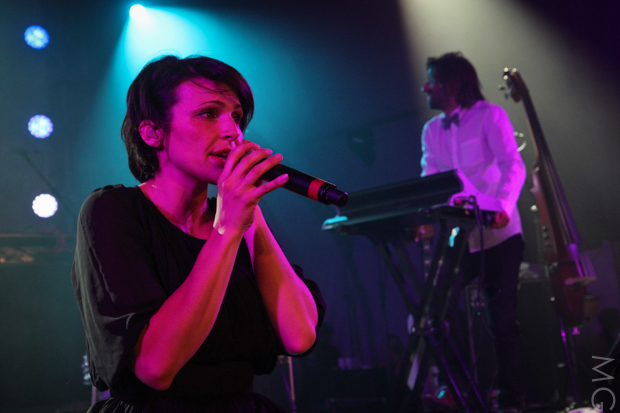 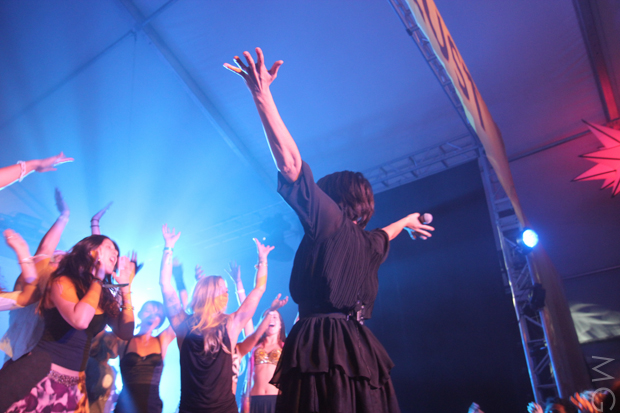 From bow ties to hella’ fresh kicks, Caravan Palace brought culture, class, and raw talent; doing that electro swing thing that they do so well. I was first introduced to these fresh sounds from Paris on my way out my Burning Man in 2011. This electro swing sound flirts with the frontiers of trip-hop, incorporating sophisticated beats with the perfect amount of bass and ‘flapperesque’ flair. Magic was certainly made with a line up of gifted musicians including vibraphone, synthesized and upright bass, vocals, trombone, percussion, electronics, violin, and clarinet. This stop in Squaw Valley for Wanderlust was one of Caravan’s final stops on their first ever North American tour. Fingers crossed that a new album will be released before next festival season. To get a sample of just how Caravan feels check out this collaboration with Quest Crew out of LA…

Overall the vibes were healthy, dance heavy, and ‘prana-filled’. Liquor and greens (kale, parsley, chlorella, spirolina, and other Nor Cal varieties) were present but in good measure. If alcohol or That Green Goddess aren’t your substance of choice you could make time for a gong session, a massage, an ecstatic dance, tea at the tea house, and a raw cacao smoothie from Lydia’s Organics; a combo certain to leave you in a feel good (sustainably) altered state.

Gramatik’s set Friday Night combined with Caravan Palace certainly encouraged that “loose your mind in all the right ways” kind of vibe. Gramatik turned into a full on dance party on stage with 30 people ‘getting down’ within inches of computer screens and guitar necks. Here’s a taste of Gramatik’s new summer single… 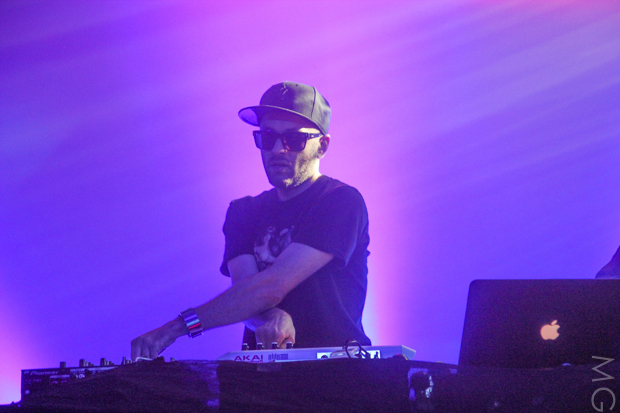 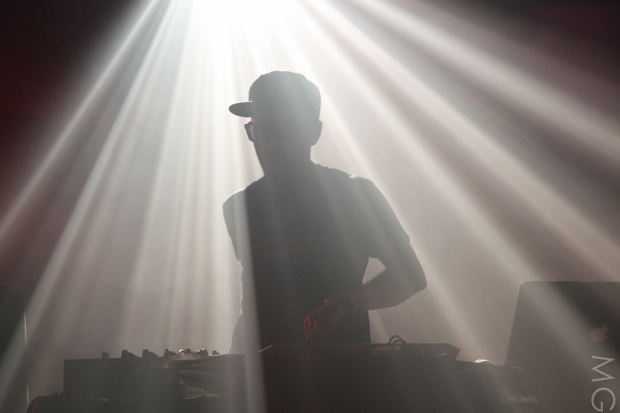 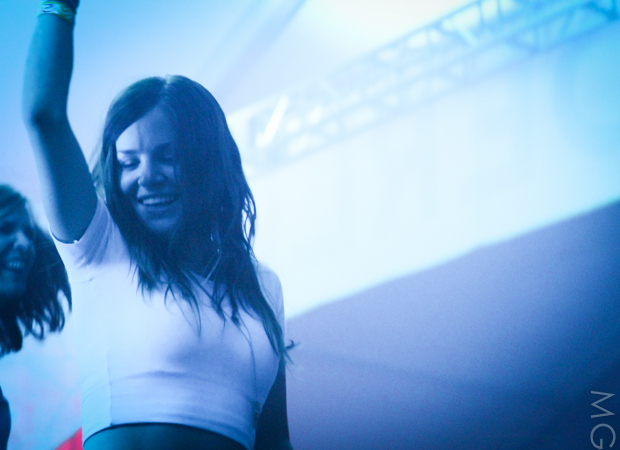 This festival was high sensory; mandalas, meditation, mantras, mixed in with french bass, soul, funk, and everything in between. 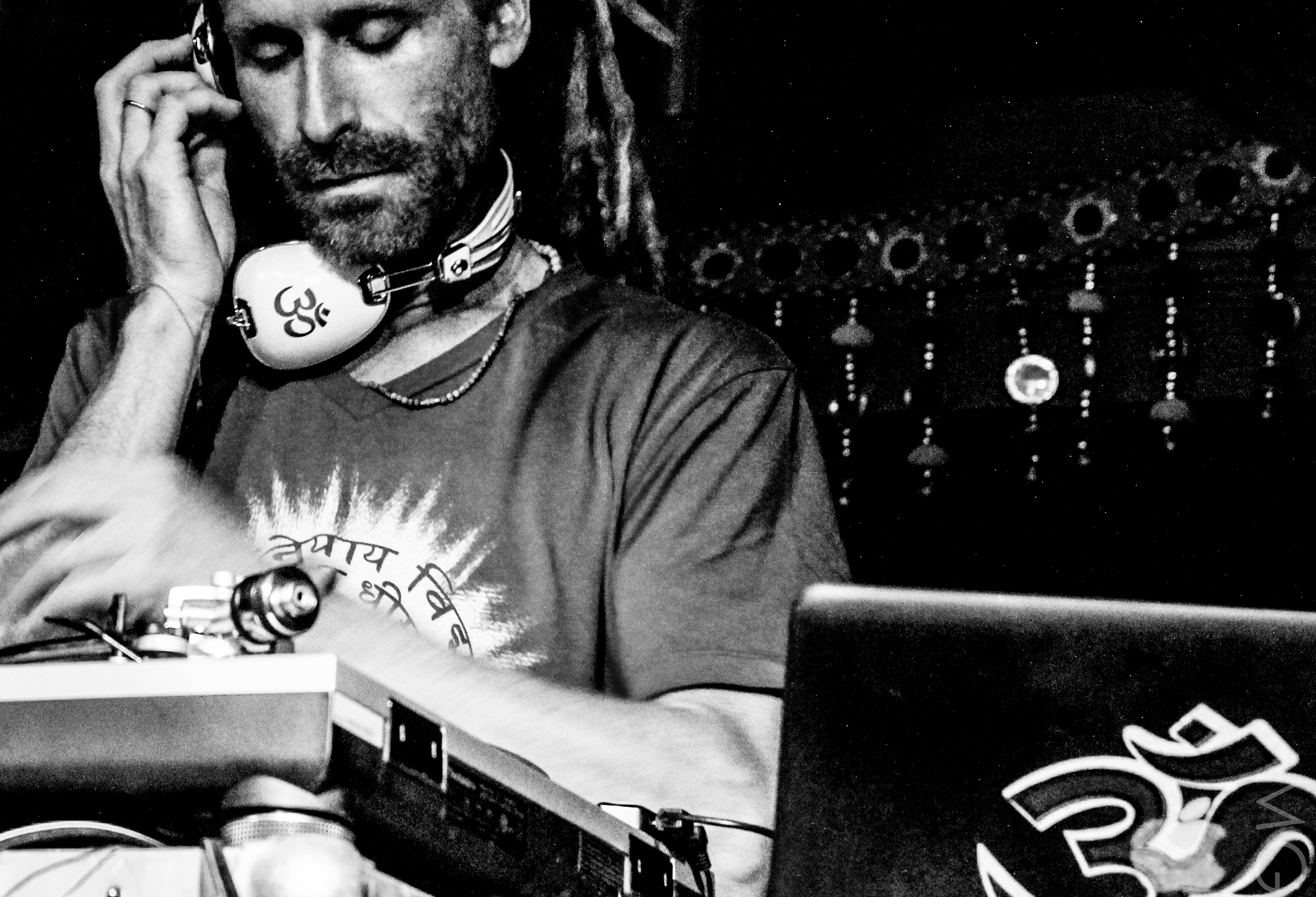 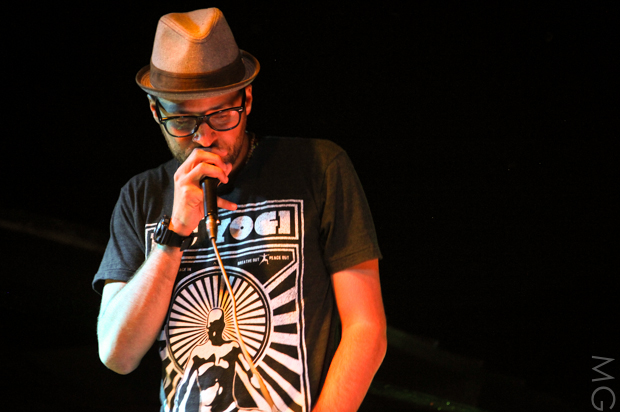 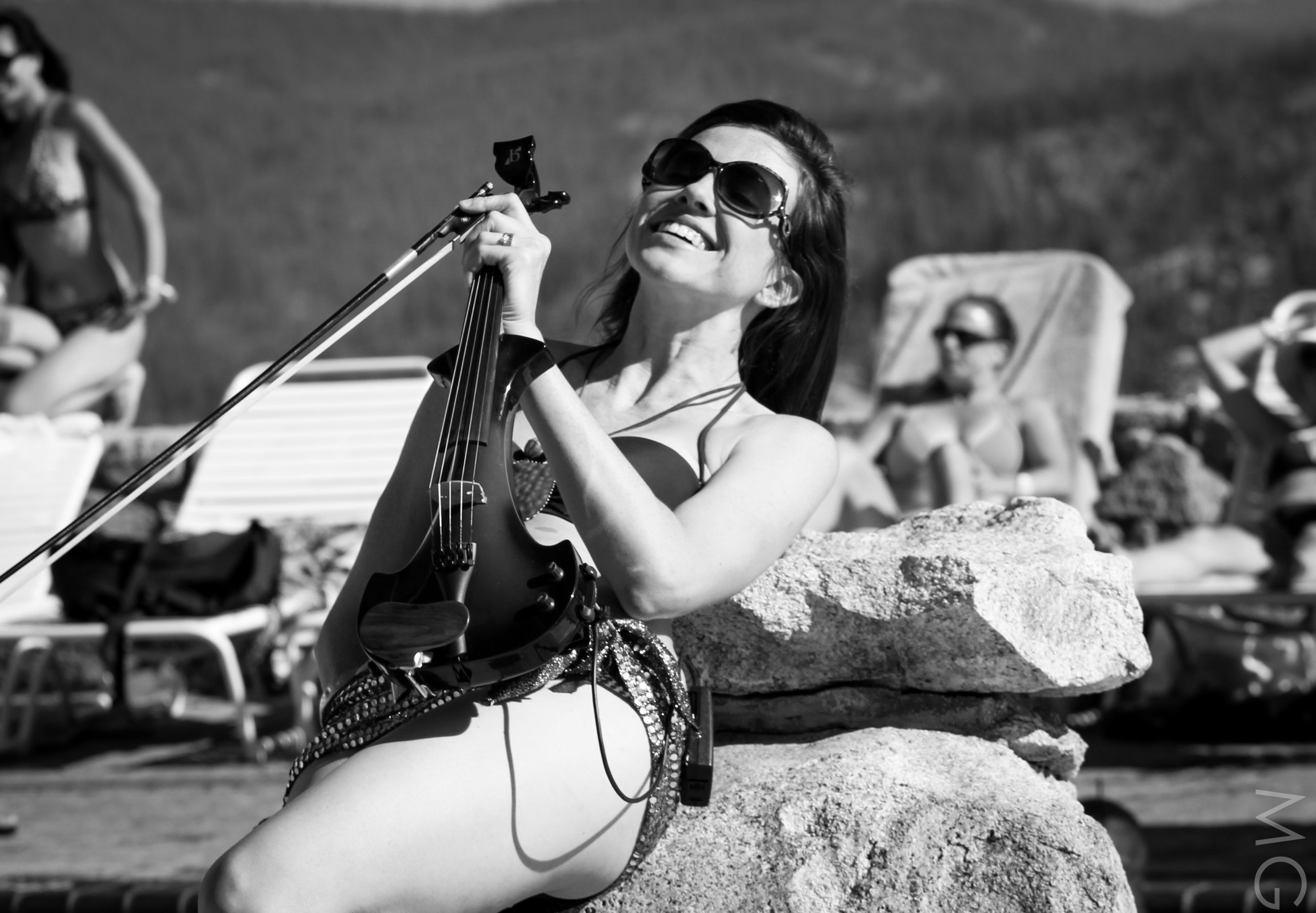 After two days at full speed I had reached my dancing limit and took the time to have a relaxing, conversationally stimulating cup of Puerh in the tea-house. 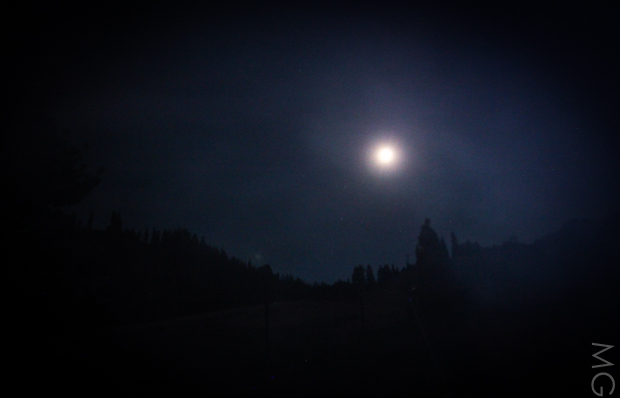 The following day, one of my most memorable classes came at High Camp with Shakti Sunfire and Sienna Sherman, after a lively tram ride up the mountain. The afternoon class was a combination of Vinyasa (flow) and hoop dance. This class was one of many wildly creative and intention filled practices that were offered through the weekend. There were so many workshops to choose from I was perpetually torn back and forth between my role as photographer and my predisposition to want to invert and bend my body in new and titillating ways. 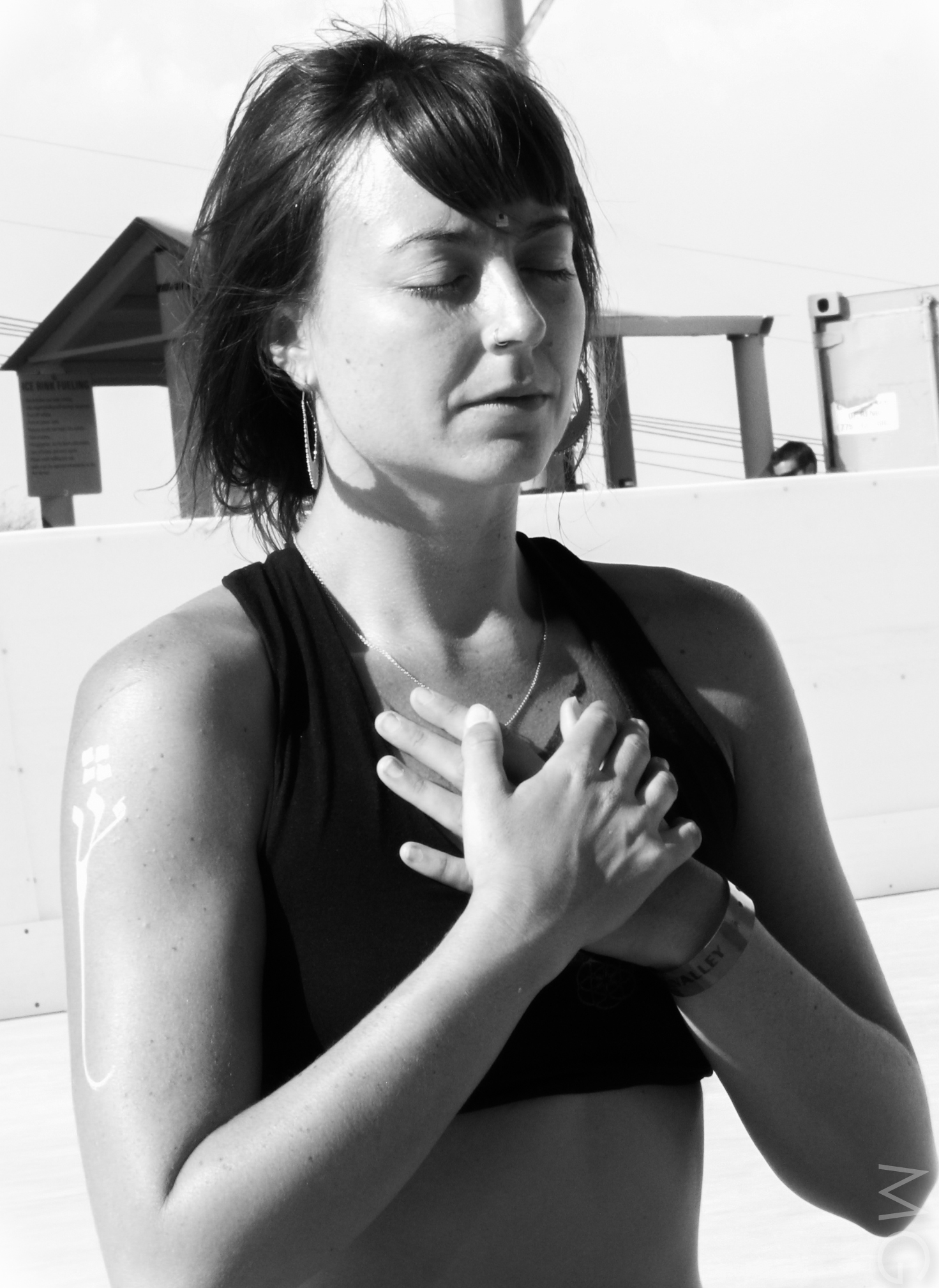 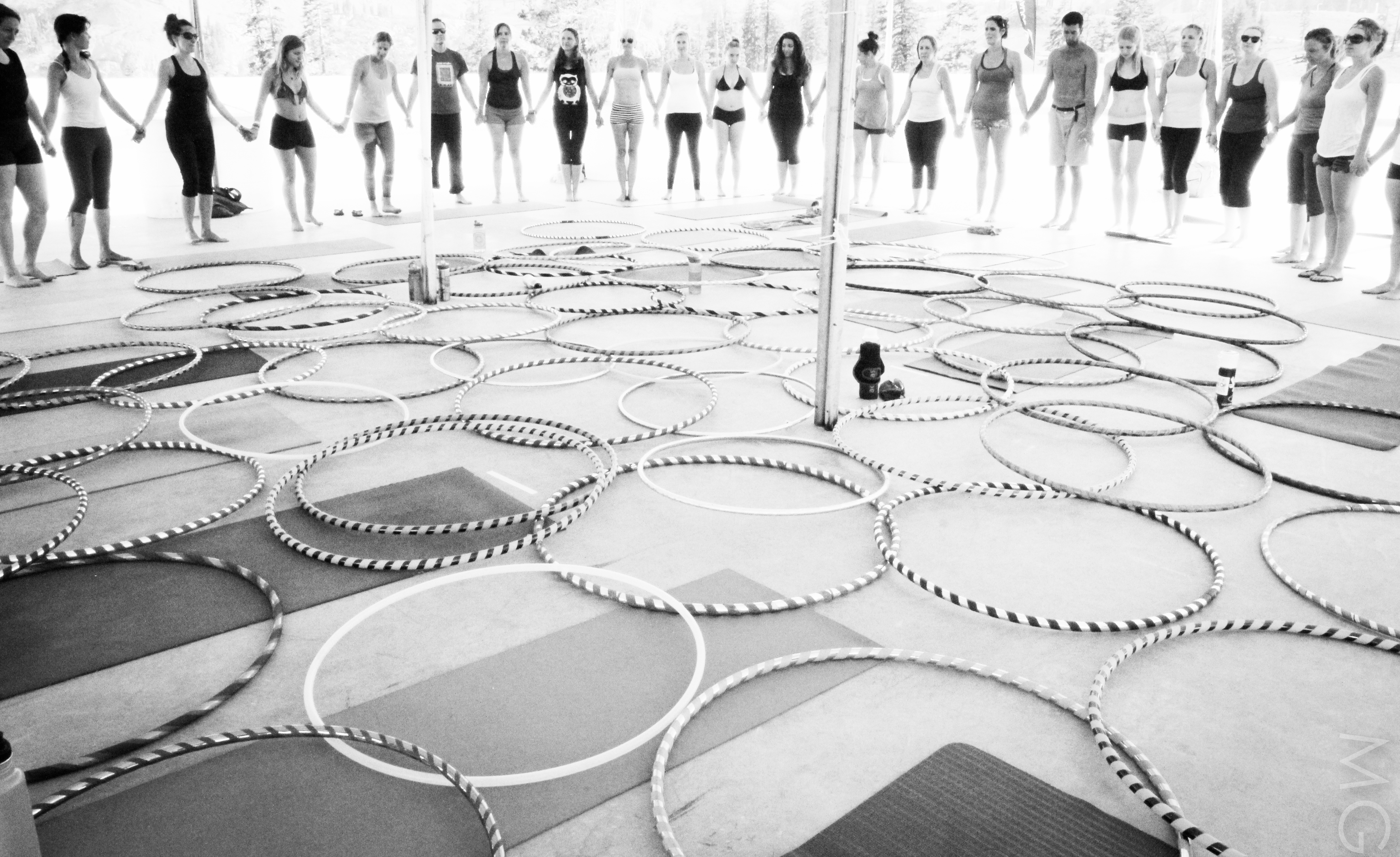 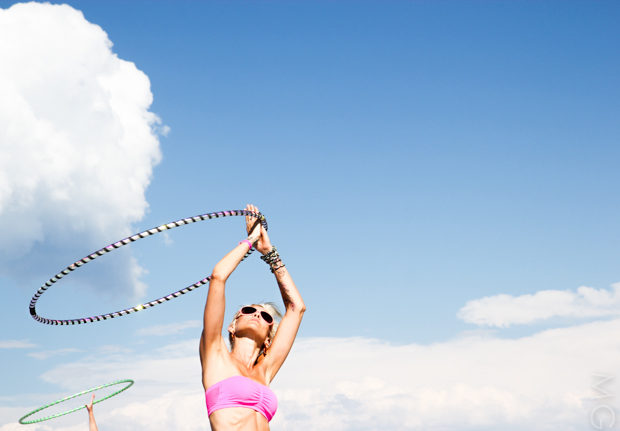 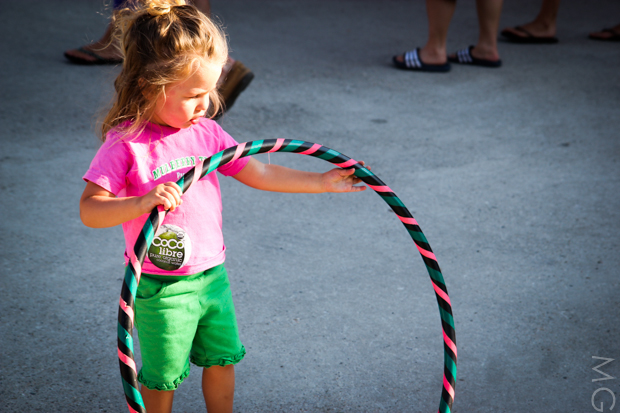 On Sunday I attended a workshop for teachers also led by Sienna Sherman and titled “Activate Your Purpose – Change the World with Your Teaching.” During this hour and a half workshop, powerful intentions were set as we all envisioned what it means to fully step into the role of teacher. I was constantly reminded of the fact that “when we teach, we learn.” By showing up and teaching from the core you are able to offer your greatest gifts to everyone you meet. Big thanks to Sienna for holding the role of teacher with such palpable reverence. 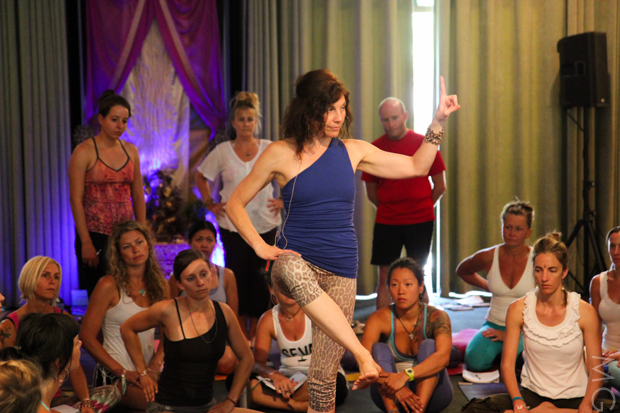 To see additional bendy, feel-good images check out LiS album on Facebook or Wanderlust’s Facebook Page, featuring some amazing captures from the talented team of event photographers from across the country.

The rest of the weekend was a combination of good music, hula hooping, handstands in the pool, collaborative art, organic food, tea time, green smoothies, swimming in lake Tahoe at sunrise, dancing under the stars, and bass heavy tram rides. 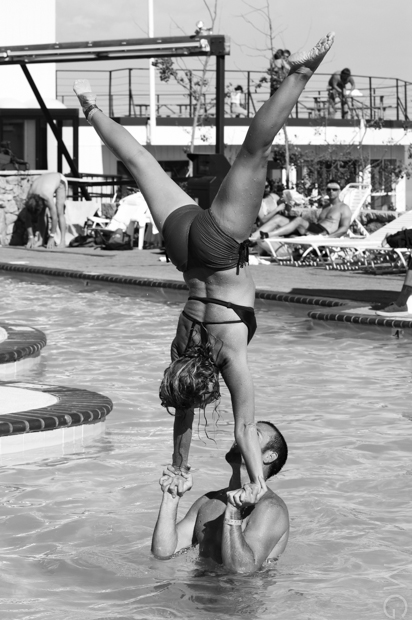 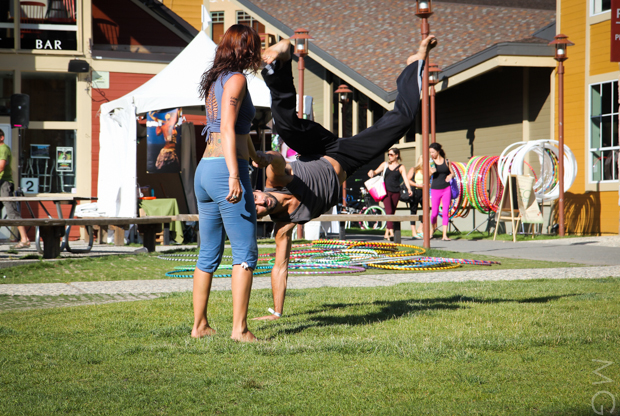 Thank you Squaw Valley and all California ‘Wanderlusters’ for a wonderful weekend. Hope to see some of you this weekend in Whistler for Wanderlust, BC.

Born near Detroit, educated in Texas and currently Santa Cruzing. Michelle travels the world with an open heart and an open mind in search of the unknown. Through the viewfinder, she captures people and communities who live and breathe in poetry. From recent trips photographing marine volunteerism in Fiji, the history of war in Israel, fixed-gear bike racing in Bali’s Monkey Forest, Permaculture projects in Australia, to the West Coast festival culture… she plays with perspective and flirts with natural light to capture the essence of experience. Her desire to bring you with her is what drives her vision and inspires a continual evolution in her work. When she is not taking pictures you can usually find her geeking out on mind-body medicine or sweating out her prayers on her yoga mat. As she continues to carry her camera into new frontiers and push the edges of her own awareness she is humbly reminded, “We do not see things as they are, we see things as we are." -Anais Nin

Kalya Scintilla is Yaegon Lamagier – with a name like that, who needs a moniker?…