Success does not come easily to any artist. The struggle to shine amongst so many trying to do the same is a challenge that requires efforts from every angle possible. To help aspiring artists, in this case producers specifically, in this tremendous feat TheUntz.com have put together a competition where the top two winners by popular demand will get the chance to play several top notch festivals around the country. Namely – Summer Camp Music Festival, Lightning in a Bottle, Infrasound Music Festival, Wakarusa, Sonic Bloom, Arise Music Festival, and Electric Forest Festival. An opportunity like this can very well be the milestone that jumpstarts a producer’s career.

75 producers made it to the final round, and the competition is already open for voting. You can cast your vote HERE. We feel it is important to note that all the artists in this competition are hard working talented individuals, and as such we urge you to take the time to check out all of their work. That being said, to help aid fans in their decision making we thought we would highlight a few artists. Voting ends on April 25 so make sure to cast your votes soon!

TEMPI is John Meek in sonic form. For John, creating music is more than just composing a track or playing a set; it is the purest form of self expression, the ultimate therapy. There is no better feeling than creating music with unlimited potential to express anything and everything in a way that resonates deep within. In a world where we often find ourselves searching for answers, music and sound have become a way for John to understand many things about himself and the universe through reflection and creation.

While in school in Boston, John was exposed to more academic styles of electronic music including electroacoustic and acousmatic music. The word “acousmatic” comes from the term used in Greek philosophy, “acousmatique,”  which suggests that it is not important who is speaking, but what is being said. We naturally associate sounds with the object that creates them, but what if we could present sounds in a way that was void of any previous association or experience? This is the foundation of acousmatic music, divorcing sound from source. Above all else TEMPI aspires to facilitate body movement in new ways and to allow the mind to know more than the eyes can see.

FOGES
FOGES is the alias of electronic producer Ben Fogel. Originally a classically trained guitarist specializing in flamenco and impressionist styles, Ben went on to study music technology and composition, sound design and film scoring. This experience along with some world traveling and participation in the Boston music scene has driven him to create the sound that has become FOGES.

In his music FOGES strives to create a blend of futuristic sound designs and progressive melodies that will create a force that unites the audience in motion. It is a special thing that happens on the dance floor; the illusion of separation is broken and in that moment a mass of people can experience the music as one organism. This is the intention that FOGES strives for in his music, to tap into this force and push it to its limits.

“Out of Service” takes listeners on a journey inward, pushing the body in motion while also playing with the mind. 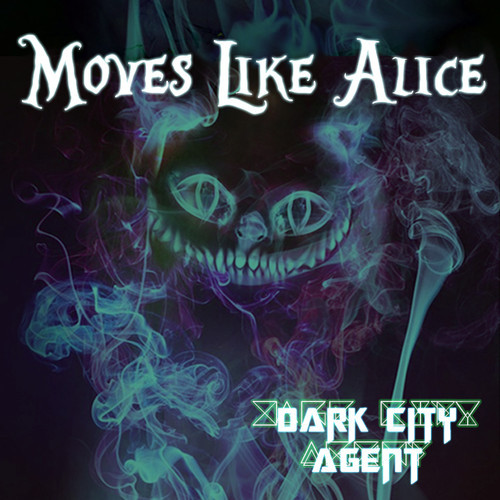 DARK CITY AGENT
Dark City Agent is a live electronic collaboration between Boston-based producers Robert DelPrete on guitar, and Michael McCarthy on keys. The two have come together to fuse live instrumentation with bass-heavy dance music. They have created a unique sound that combines elements from disco, house, trap, dubstep, glitch hop, and rock & roll. They have recently shared the stage with Big Gigantic, Exmag, Griz, and Branx.

“Moves Like Alice” has a fun summertime vibe and elements that people with different tastes can relate to. The track is reminiscent of the journey Alice takes in Charles Lutwidge Dodgson’s The Adventures of Alice in Wonderland, and so the track got its name from the idea that if Alice were to go to a modern music festival, this could have been her theme song.

VII
Mike Flex is a self-taught electronic musician and visual artist whose primary goal is to produce creations that evoke emotions. Originally a metal vocalist in Rhode Island, he began producing in Reason in early 2008 under the alias asdfghjkl (“the home row” for short), eventually changing his name to VII (pronounced “seven”) before releasing a trio of 13-track LPs The Color Demos: Aqua Blue, Grimy Green, and Hot Pink in October 2010. He passed out burned out copies of these demos at various New England festivals, primarily Wormtown/Strangecreek where he caught the eye of local producer and Funk Nugget bassist Brendon ‘Low B’ Bjorness. Bjorness who offered him the opportunity to host his own local weekly electronic event, and so Electric Tuesdays was born.

This experience drove the transition from a studio production environment to that of live performance, leading him to incorporate various synthesizers, drum machines, midi controllers, loop pedals, and a simultaneous visual onslaught of projection mapping and lasers.

He has continued to release a steady stream of free original tunes on SoundCloud.com, gathering purely organic plays from all over the world. VII has performed alongside Ott, Space Jesus, Arpetrio, The Manhattan Project, Crnkn, Alpha Data, Psymbionic, Consider the Source, and Jeff Bujak.

For The Untz Challenge V, VII submitted the unreleased track “BK Bounce” which is due off the upcoming LP Sometimes I Miss Me (out FREE/Pay-what-you-want on Bandcamp on 4/20). The track name is an obvious nod to the main sample’s vocalists, MCA, from The Beastie Boys, who were instrumental in brining the open source nature of sampling to the forefront. 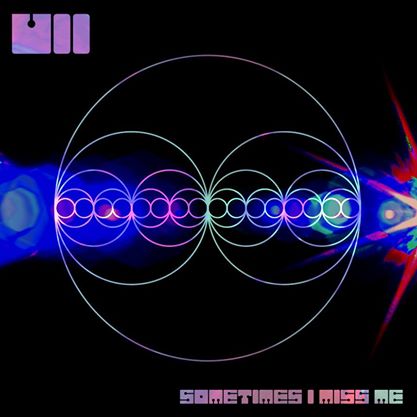 SPUNDOSE
Spundose is a music producer/musician whose ancient-future sound fuses elements from many different sound worlds, and beyond. All original productions, organizing the noosphere with love and awareness. Supporting and catalyzing a curious, caring, and loving mindfulness within society, providing intensely pleasurable sonic vibrations for the earminds of a progressive and sustainable culture.

ASTEROIDS AND EARTHQUAKES
David Westbom was born and raised just West of Boston in Wayland, MA where he first discovered his love of music. Being surrounded by a musical family, it became very easy to quickly take up music as a lifestyle and focus his life on what he really enjoys. Before he got into electronic music, David had a wide range of musical interests that carried over to his playing. Whether it was playing classical violin or hardcore on guitar, music was a constant.

David decided to further his musical career when he was accepted into Berklee College of Music as a violist. Berklee exposed David to a whole new realm of music, and he became surrounded by baffling musicians and friends who made it impossible not to be constantly inspired. Unfortunately, David had to battle tendonitis during his first years at school and was not as able to play as much as he had intended. Hearing Tipper for the first time freshman year as well as listening to other electronic music started giving him new ideas of what to do with his injury time. He started to really hone in on electronic music and decided he wanted to study sound design and got accepted into the Electronic Production and Design major at Berklee where his teachers constantly blew his mind.