Shuttle, formerly known as Etan, is Nate Donmoyer, drummer of electro-pop outfit Passion Pit. Though his producing and DJing has taken a backseat to recording and touring with his band, he has managed to make some great tracks, remixes and mixes. This is my favorite, shown to me by Zola when we met in 2008. It’s an eclectic banger and a great example of Electro, Breakbeat, Drum n Bass, Ambient and even some Indie Rock. It contains some of his originals and remixes, my favorite being “Tunnel”, blasting us into space during the hottest section, which starts at 23:00.. Enjoy! 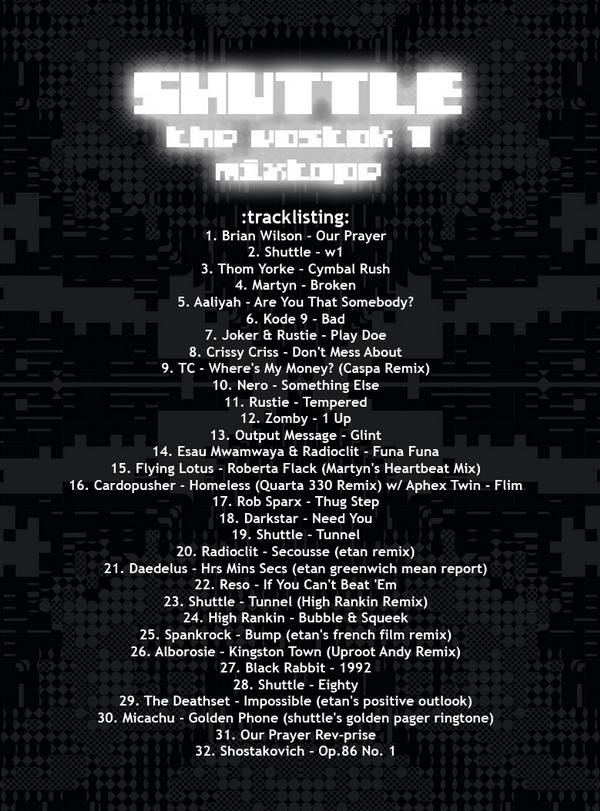