French DJ and producer Laurent Garnier is a techno legend, a voracious mastermind of beats. Based in Deep House but shifting to Acid Trance and Electro, he layers Jazz and Funk elements, horns and guitars with rump-shakin bass.  He has been on the cutting edge of dance music since the late 80s, and has so many resources for fresh new quality, and such an ear for it, that his sets are always completely different and end up teaching you about new fire tracks and producers.

He has been a producer himself since the mid 90s, and has made several notable albums. Unreasonable Behavior was released in early 2000, featuring one of Garnier‘s best known songs, “The Man With The Red Face” (shown in the live video below). 2005 saw The Cloud Making Machine, an electronica album less focused on dance music. His latest came in 2009, returning to his house roots with Tales of a Kleptomaniac. 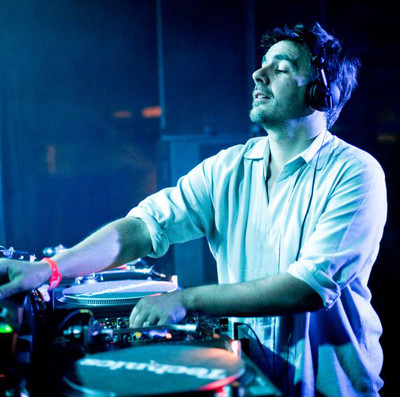 To me, his DJ sets and incredible range are what stand out the most. His ability to find what is new and great really sets him apart and is a gift to the world. He shares his discoveries on a weekly radio show on Le Mouv.. check it out and the archives here: Electro-mix-memory/sets/laurent-garnier-it-is-what-it-is-2011

Check out some of his best live work and his masterful Essential Mix and pray for the chance to catch him someday!

This track is one of my favorites of his, an Ethno-House journey full of FUNK and big builds. Its been remixed a bunch of times and set to different beats, but hearing this version inspired the post..

My favorite moments are when he steps away from classic house and techno beats and gets into driving electro and dirty bass, mixing it with live instruments..

His style mixes Deadmua5 with Mylo (though I think he’s darker and better than both as a DJ), and the three of them actually did a Radio 1 mix together, which is pretty good. This one is a classic though, showing us why the man has the respect of the industry and so much love from fans. Bon appetit!

More Mixes and Live Sets, 87 of them in total, ranging in quality, but all unique and going back to 1991 at:  Electro-mix-memory/sets/laurent-garnier-lives-mixes

420. Arguably the biggest unofficial holiday of the year. I’ve always loved it for the…