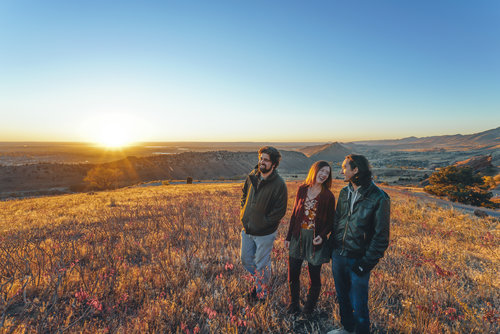 Over the past 20 years, composing and performing with a computer has become increasingly more accessible to the average person. The romantic age of touring as a garage band playing rock and roll has passed and the age of the computer composer in upon us. With modern music technology, you can synthesize an orchestra comprised of infinite instruments and spend hundreds of hours mixing each sound to perfection. Our theory is that the inevitable EDM “bubble” pop will act as a genesis for computer composers and musicians alike, to innovate a new form of non-linear digital songwriting. Acts like Ott and the All Seeing I, Supersillyus Life Band, Sound Tribe and our featured artist Spectacle, are on the forefront of live music technology exploration.

While we’ve heard the essence of this style before from several electronic hybrid acts such as Govinda or Plantrae, we would like to highlight the hands-on approach of Spectacle’s  single “Edges & Arrows.” It is apparent that each instrument was rehearsed and recorded by the three members of the group. Not in any way to discredit a classically trained musician playing over their self-produced track, it is another story entirely to perform a song that was written in the studio with three living musicians in front of a crowd. Spectacle curates a live energy that embraces the human errors of musicianship while combining modern technology with trained instrumentalists. What we’re hearing in Edges & Arrows is the studio capture of that live energy, composed in a classic electronic music formula and mastered professionally for dancefloors or casual listening. The result is a balance of trust between musicians and machines, reminding us that the chaos is where the magic happens. 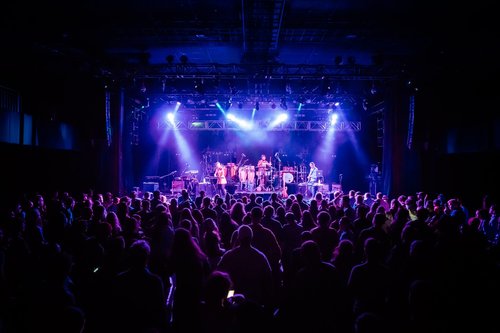 Artist Bio:
In the winter of 2015, a striking new voice formed in the heart of Denver’s electronic music scene. Spectacle’s orchestral instrumentation (violin, percussion, guitar) quickly made the outfit stand out amongst the crowd; each show being an experience, that is refreshingly original. Hard hitting drops, alongside afro-cuban percussion, make for an irresistible groove and a heady tropical soundscape. Beautiful soaring violin melodies and deep rhythmic bass synth lines drive each musical passage through every member of the audience. Band members Michael Mahan, Jessica Borth, and Rob Brandon work in unity gripping the crowd for a show that is both mesmerizing and captivating from start to finish. Spectacle brings their audience through an innovative and dynamic journey show after show after show…