R/D is a quickly rising producer based in L.A. Starting out as a DJ and making his first tracks on borrowed gear, he has become a force, bringing his west coast tribal crunk on the road nationally.

“His creative drive was re-awakened in 2007 when he moved in with pals edIT and Ooah, just as the Glitch Mob sound was forming. Feeding off the fresh energy of his talented roommates, he went back to the drawing board, developing his take on glitch-hop inspired tunes aimed at the dancefloor.” (rd-sound.com) He has since evolved his sound to more synth-driven compositions, mixing crunk attitude with proper melodies and ambient pad atmospheres.

His most recent release was the Face of God EP in July on The Designed Disorder label, which contains some great tracks like “Face of God (Feat. Nadine Rischa)” and “Multiple Lives.”

The Cricket EP came before, followed by a remix release with edits from Deru, MartyParty and Biclops (Eprom +Comma)

And find the rest here

His tracks always contain great parts and elements, and more consistency will come with time. His best moments mix sad, spacey backdrops with hard-hitting acid synths and creative basslines. His music is neat and polished, carefully wrought but a little predictable at times because of the overt buildups and simple structures. It climaxes with bursts of energy that are hard to resist though, and shows great promise for future releases.

Here’s the sexy video for “Face of God”:

His live sets have impressed me so far; he doesn’t have a ton of material yet, so its a similar show each time, but its filled with hip-hop beats, breaks and blast-offs. I danced a lot, thumbs up. 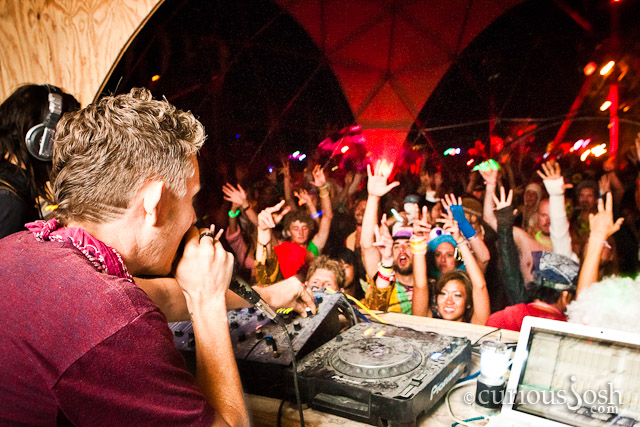 He seemed to be everywhere at Burning Man, following Bassnectar at Nexus, rockin the Temple of Boom and being the last one to spin at Portal Patch on Burn night before it was controversially shut down.. Here’s a taste of what he does, though sound quality on YouTube never does electronic artists justice.

The State of Indie Music by: Zachary Citron (Zencha)   I hear all the time…