Land Switcher is a new force in Psydub, bringing a fresh and exciting sound that melds Reggae influences and organic samples with the futuristic intensity of Psytrance and the massive bass roars of dubstep. Liquid, mutating beasts squish, swoop and stomp over driving percussion, conjuring radioactive swamplands filled with suspense, mystery and adventure. It is a meeting of ancient and future, of organic and synthetic, of peace and brutality, evoking the spectrum of emotions between.

Two longtime friends and collaborators from France, Freddy Chauvin and Antoine Martineau are making serious, original music, and seem to be just getting started. In a niche becoming more and more competitive and saturated, they have managed to stand out with production skills and maturity that cannot be denied. Now part of the Shanti Planti collective, one of the most respected crews in this emerging genre, the two are taking their show on the road to share with weirdos worldwide.

They’ve quickly become a favorite with DJs and other producers in the genre, their tracks featured in mixes by Birds of Paradise, Desert Dwellers, Johnny Blue and Khromata among others. As we like to do when new talent emerges, we asked them for an interview and exclusive mix featuring unreleased material from their upcoming EP Activa Land dropping May 1st on Shanti Planti Records. Unsurprisingly, the results were epic: 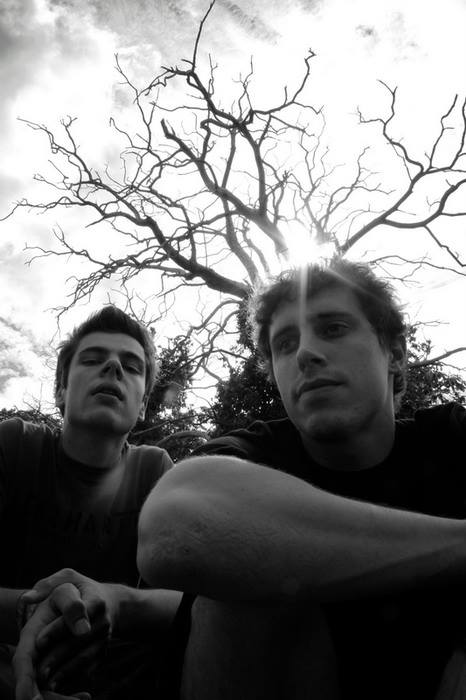 You’ve been working together for a long time, what is it like creating art with someone you know so well?

The fact that we are together in the creative process is an advantage most of the time as we’ve always listened to same music and share a taste for psychedelic culture. For production, we don’t have predefined roles. Each of us works on a track and we exchange it until it evolves and becomes interesting. The challenge is to keep cohesion in the tune and ensure that our different ideas merge and a story develops.

How have you been able to produce such a dynamic, professional sound at such a young age?

Antoine is 26 and Freddy is 28, we still have a lot to learn! Freddy has worked on electronic music for 6 years with his own Psytrance project Algorika and it is probably due to his technical ability that we were able to develop our sound. Antoine studied music in a conservatory and now teaches drums in Paris. He listens to different kinds of music and incorporates them into the project.

Two years ago we met a lot of artists like Quanta, Akasha, Whitebear, Birds of Paradise, Desert Dwellers… We had a chance to talk with them and remix some of their tracks. It is thanks to them that today we try to push our music to new heights.

How do you make the squishy, liquid sounds and massive bass that characterizes your music? What VSTs and techniques are you using specifically?

We try to not set limits when it comes to creating sounds. It’s often the same techniques at the beginning, playing with LFOs, but we try to exploit the sounds the most we can passing them through different SFX processors. The goal is to make the sounds feel as organic as possible.

Most of the time we use one texture sent through various delays or different reverbs that we can play on different tracks and layer to build sequences. We mainly use Serum, Sylenth1 and Reaktor for VSTs but also SFX processors like Soundtoys and U-HE..

You represent France in the Psydub movement, what is the scene like there for psychedelic music right now? Any other French artists we should know about?

The electronic music scene is important in France but Downtempo music is not represented well in the lineups. Most of the time psydub and psychill artists perform as warm-up acts at Psytrance or Techno parties.

Today it’s difficult for promoters to organize events with so many regulations and variables. Hadra Festival (one of the biggest in the country) will not take place this year because the crew can not find a proper venue. However, more and more small, chill events are growing in Paris and it’s good news even if it stays low-key.

What are your festival dates for the summer, any plans to come to the US?

Unfortunately not this year. But we think of it every summer and have requests to come and perform. We will do a US tour for sure, but at the moment we want to take time to create music, to work our sound before planning the trip. Maybe next year!

This summer we will be playing in Paris at few Psytrance events and in Europe at Harmonic Festival, Sonica Festival and Modem Festival, which is one of the most underground events around.

There is a lot of Reggae influence in your music, what are your influences in that genre?

We started to make music together ten years ago with a traditional Dub band. It was a duo, Antoine playing drums and Freddy using samplers and synths. We often played with instruments and samples from old records. We listened to Reggae for sure, but also a lot of french Dub bands who keep the traditional roots music in the sound like Brain Damage and High Tone.

What do you want people to feel or think when they listen to your music, what are your goals with this project?

We hope people will enjoy the new EP and come see us play live somewhere. We really want to continue to make tracks and to evolve our music with the Shanti Planti collective.

The goal is to make people dance by telling them stories through sound, but they can listen to our music quietly too and feel the different levels and layers. We try to build on the Psytrance vibe, using similar techniques and the same energy, ans we want people to be surprised and discover sounds and vibrations they have never heard before.

This Thursday, March 28th, Ambience Artistry is bringing you a night of artistic expression bound to…