Kai Altair is a Brooklyn-based singer/songwriter and electronic music producer with serious operatic vocal prowess. Her emotive songwriting incorporates elements of world fusion and tribal dance while playing with the themes of myth and dreams, as if Andrew Lloyd Webber had gone to Burning Man and wrote “Phantom of the Playa.” It can be a little jarring for someone used to listening to primarily electronic production to digest beats featuring such bold vocal melodies, but Altair’s dynamic vocal range and cadence really makes things interesting.

Shapeshifter is comprised of the songs on her 2015 album Dreamwalker, reimagined by a stellar lineup of her friends and contemporaries: Desert Dwellers, Govinda, David Starfire, Kaminanda, Living Light, HÄANA, Erothyme, Haj i Ji, Sera Solstice and Joro Boro. Each of these ten tracks are packed with meticulous production and powerful intention, provided by legends and leaders in psy-bass production. These producers must have jumped at the chance to remix Kai’s vocal tracks, the result of their edits are stand out. 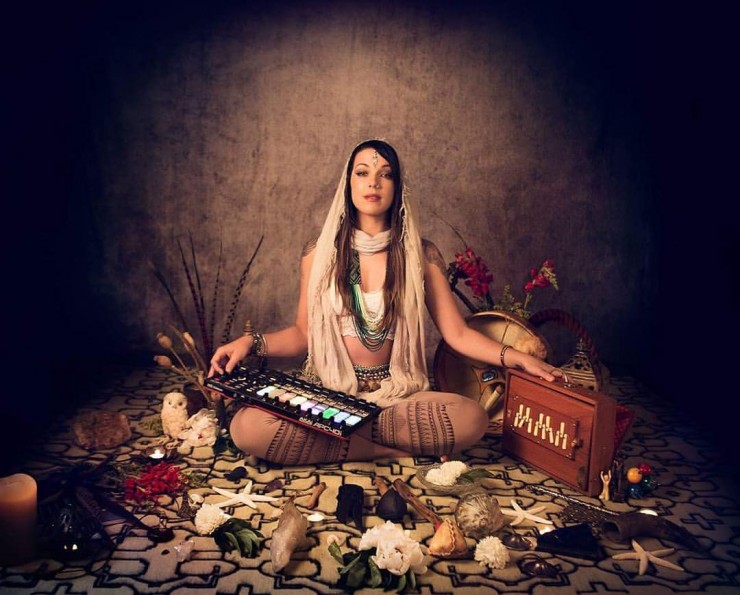 While Living Light’s psy-dub remix of “Draw Down the Moon” will make you sweetly sway in trance, Erothyme’s gnarly re-envisioning of “Curiosity” is straight out of the Aphex Twin catalog. On “The Calling,” Govinda provides a powerful effect with the iconic sound of his violin. Listeners can even juxtapose David Starfire’s hyphy, glitched remix of “Ancient Future” to Joro Boro’s stripped down, mellow version.

With this lengthy project behind her, Kai Altair is back in the studio working alongside fellow bass producer and seminal violinist HÄANA. Shapeshifter has undoubtedly put Kai on the radar of thousands of new electronic music fans worldwide; it will be exciting to see what she does with the opportunity.