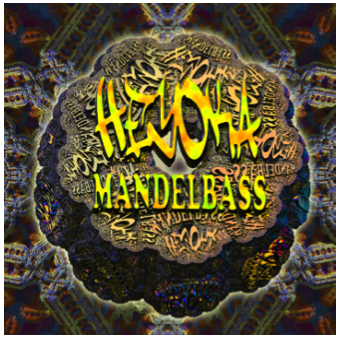 Download your copy of Heyoka’s “Mandelbass EP” from Addictech.com here:

Heyoka (also known as Andrei Olenev) is releasing his brand new EP Mandelbass on February 8th, and I can honestly say- after several thorough listens- this collection may very well be his best yet. The title “Mandelbass” is a nod to Benoit B. Mandelbrot, a brilliant professor of Math and Physics and coiner of the geometric term “fractals.” Having long ago abandoned my own math studies with a change of major from Biology to International Relations, I myself had no idea what fractals were or what they could possibly have to do with bass music. So, like every other over-wired American looking for a quick explanation, I checked Wikipedia for articles on both Mandelbrot and fractals. Oh, they’re there alright, but suffice to say they’re written in such a way as to say “This stuff is completely boring. Nothing of importance here. Move along and go play your Wii or something.” I found it hard to believe that this was where Heyoka was getting his inspiration for this fantastic new material.

So, still attempting to untangle some strand of fantasia from these sterile Wikipedia articles, I suddenly realized- why wasn’t I just going to the source? I plugged in my headphones, clicked on Mandelbass and started reading Mandelbrot’s 1983 edited edition of “The Fractal Geometry of Nature” (relax, I’m not that big of an over-achiever; a significant portion of it is available online via Google Books). Ah, that cleared things up.

Heyoka at Lightning in a Bottle Fest

While I have no idea what the connection between Heyoka and Mandelbrot is, I can tell you my interpretation and how it relates to this fantastic new EP. In essence, Mandelbrot was among some of the first modern scientists who could really offer the world an alternative way to view itself; one not based in myth or legend but in equations and observed study. In terms of music, I personally look at the last 10 years in relation to the story of electronic music in America and how radically it has evolved in such a short span of time. Software and technology seem to bloom in a year-round Spring these days, allowing artists to create sounds and effects never before possible. Particularly in terms of bass music, we have only very recently been able to harness a portion of the real power of sub-bass and are only beginning to discover its potential when used musically. It truly is an amazing time to be alive to witness this evolution.

Heyoka’s new release pulls from elements of blues and 60’s garage while seamlessly integrating modern glitch plugins and edits. A journey though several tones and emotions, Mandelbass offered me a new musical interpretation while constructing a viable playground of sound in my head. This EP seems to be one of those whose favorite track will shift depending on the mood of the listener, but I can say that upon this current play, mine would definitely have to be “Shmazdipdoodlydurkayoda”. Firstly, with a name like that how could it NOT be my favorite? Secondly, it apparently stands out to me as I just glanced and it’s already been played 14 times on my iTunes. My point is, I long ago gave up trying to figure out exactly why a particular piece of music touches me. However, whether or not it’d be considered scientifically measurable by Mandelbrot, this release gets two high-fives (thumbs are overrated) from this bass-addicted gypsy. 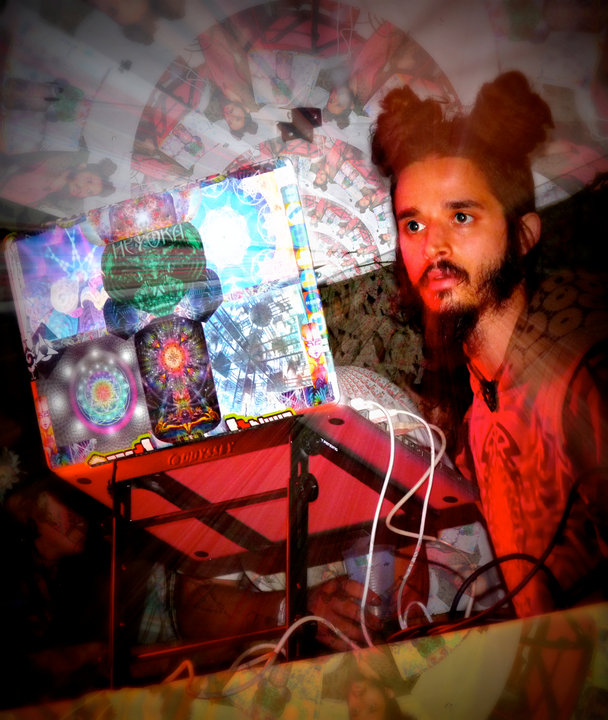