Boston Tonight at The Good Life

…the grand return of…

‘An Education In Future Bass’ *Edition*

The evolutionary timeline of bass music arcs across continents, cultures and customs, uniting fiery politics, the fetishism of sound design and the intangible zen of a boiling dancefloor. Meditations on sub-bass are rooted deeply in musical history — some would say down to primordial elements of the psyche — but today’s rapidly expanding scene clearly originated in the early nineties with the British emergence of UK Garage, a shuffling, vocal and bass-centric mutation of Chicago house.

Pioneering producers in the early part of the last decade melded the tempo and rhythmic structures of UK Garage with the lumbering bass and unique atmospherics of Dub, a sort of psychedelic offshoot of politically and spiritually charged Caribbean Reggae. These visionaries seeded iconic labels such as Hyperdub, Tectonic, Deep Medi, Skull Disco and Hessle Audio. Recent explorations, offered by rising stars like the Night Slugs crew, have established a pan-cultural sound that pulls influence from Soca, Baile Funk, Kuduro, Detroit Electro and Techno.

On September 23, join us for a special excursion across stretches of style and sound spanning over twenty years. G Notorious will be providing an education in UK Garage classics, De Qualia will be architecting contemporary offerings across the bass music spectrum, and very special guest Kingdom will be pulling us into a lush afterfuture.

Kingdom recently founded Fade To Mind with collaborators Nguzunguzu to serve as a sister label to Night Slugs. We’re incredibly excited to hear the puzzling, soulful exclusives that he’ll be unleashing all night. 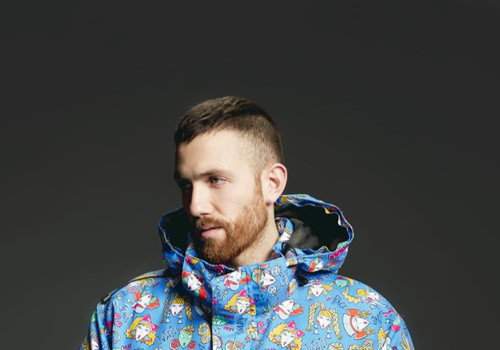 KINGDOM [Night Slugs, Fool’s Gold, Fade To Mind, Acephale]
Brooklyn-based DJ / producer Kingdom rose to public acclaim with his debut single “Mind Reader” (released on Fool’s Gold in early 2010), a collaboration with big-voiced NYC diva Shyvonne. But even before “Mind Reader,” Kingdom had been deeply involved in Bok Bok & Lvis-1990′s London-based Night Slugs collective, having had his European debut at their second-ever club night. It was his mixtapes that first alerted Night Slugs’ attention. His debut 2006 mixtape fused grime, crunk, US club, and house with his unique adaptations of R&B vocals. On his debut Night Slugs EP That Mystic, Kingdom delivered five tracks that reference many of the aforementioned genres, but also posses a completely individual, otherworldly gleam. It’s the sound of digital chimes, operating system environments, skipping CDs, midi ringtones. Kingdom now represents a leading force in a new generation of American bass producers. And with upcoming releases on Night Slugs, Fool’s Gold, and his own Fade to Mind imprint, his presence on the playlists of international DJs continues to grow.

G NOTORIOUS [SoulChampion, SUBduction, Dubwise]
G Notorious is a Boston, MA, USA based DJ, producer, and promoter of UK underground dance music. From his start as Boston’s 5th Jungle DJ in 1994, G Notorious has been riding the currents of off-kilter, bass-heavy sounds from to DrumnBass, Speed Garage & UK Garage, 2-Step, Breakstep, Grime, Bassline, Dubstep and most recently, UK Funky. He has held numerous residencies in the Boston area playing alongside names like Ed Rush and Optical, The Streets, Grooverider, Lady Sovereign, Bukem, MJ Cole, Roska, Pangaea, and coming up, Todd Edwards. Outside of Boston, G has played up and down the east coast from Portland, Maine to Miami, Florida, and west as far as Dallas, Texas, and Urbana, Illinois.
G Notorious has also been producing since 1997 with several releases on vinyl, cd compilations, and digital release, spanning the various genres he has played over the years gaining him coverage and reviews in URB Magazine who called him one of “the most promising up-and-coming (UK Garage) producers here at home”, XLR8R, Undercover (UK), Mixer, and Deuce Magazine.
Currently G Notorious runs DUBWISE, a monthly Sunday night at Enormous Room in Cambridge, MA which also focuses on the continuum of UK inspired bass music, and is an active member of the SUBduction crew responsible for bringing a new strain of guests and events to the Boston nightlife scene.

Completing a year long project is a gratifying feeling that should be greatly celebrated.  Signal…