Noisia is a killer team of producers out of Holland making some of the most bangin electronic music around… mechanized Electro that gets spacey for moments before knocking you through the walls. The genre “Electro” has unfortunately become associated with the retro-80s disco crap that has become so trendy and is finally starting to die out- But this stuff is hard enough to blow the tight jeans off the smuggest hipster you know!

In addition to using Electro effects in a gangster way, there is some Dubstep, DnB, Fidget House and completely unclassifiable sounds going on here. Regardless of labels, their stuff puts me into convulsions, so give me some room on the dancefloor or you might catch an elbow to the face.

This mix is made of battle beats, dramatic and glorious, intense and hard-hitting. With tracks like “Fire Power” (a favorite of the year), “Machine Gun” and “Nobody Gets Out Alive”, it is clearly intended to be a sonic weapon, a tank crushing all in its path, razing the countryside with rhythmic turret blasts.

Noisia In The Mix on Radio 1

Their album Split The Atom is full of such madness, and shows great promise for things to come. Like we needed another reason to love The Netherlands! 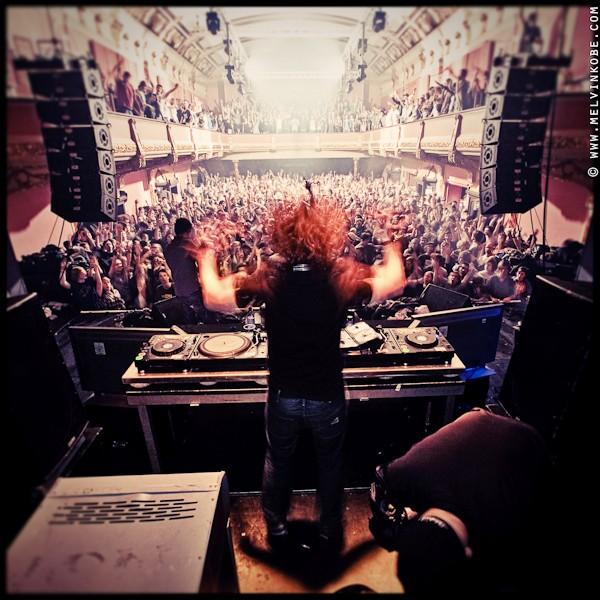