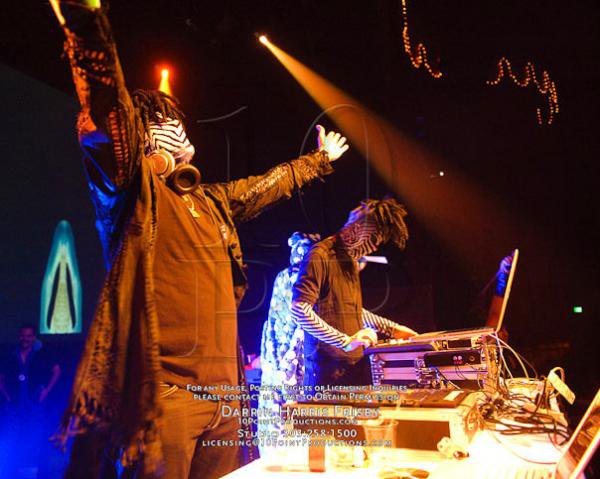 Emerging out of the swirling dust devils of Burning Man, STR!PE hit the heavy electro scene hard with their debut appearance at the infamous Root Society Camp. Bringing a new flavor of rock-inspired dubstep and electro house to dance floors around North America, STR!PE has been setting the standard for original, inventive set-lists and seizure-inspiring live performances. Tearing up clubs from Reno to Boston, and destroying dance floors at some of North Americas most epic events – Ultra Music Festival, Burning Man, and the World Electronic Music Festival – STR!PE is well on its way to becoming one of the most recognizable acts in the industry.

Their latest release, “Let It All” (Feat. Highly Suspect), released on San Francisco’s MalLabel Music, is sure to turn some heads!

Let It All (Feat. Highly Suspect) – Stripe by Stripe DJs

Although the Boston-based DJ duo has traveled across the continent and played at some of the most premier events, the anonymous masked performers who call themselves STR!PE have yet to play their home-town… UNTIL NOW! This week on January 11th, for a very special edition of Wobble Wednesdays at Wonderbar (186 Harvard Ave. Allston, MA) join the members of Wobblesauce and The Brain Trust as they present the Boston debut of STR!PE!!!

Other performances by local Boston producers Encanti (of The Zebbler Encanti Experience), Dice Motion, and Lechuga will be sure to keep the energy level rising all night! The event will also feature various forms of performance art, including nearly-nude body painting (by Pat from patattackart.com), mind-bending deco (by Buffalo.dj), stunning visuals by VJ Adrenochrome, AND MORE!

So get down to the Wonderbar in Allston, MA this Wednesday to get your wobble on with STR!PE!

Who are the men behind the masks? You’ll just have to find out yourself… 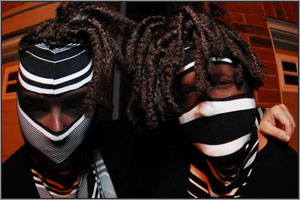 Shamanic Technology and Dusko have collaborated on their new release, Artifacts, a sound exploration of diverse styles and…