Anchor Hill represents what is special about his community of ecstatic dancers, forest people, farmers and travelers of space and time. Hailing from the forest of Vancouver Island and the Gulf Islands of British Columbia, Richard is truly blessed by his surroundings. He has graced the stages of high caliber festivals like Shambhala and Symbiosis, as well as many local festivals and shows. His talent is beginning to be recognized, and it’s time for us to share his work with you.

I’d like to set a tone for the context in which I have listened to his music. Coming from British Columbia, I travel up and down the West Coast to festivals in the summer. I set out, with my tribe of forest dwellers, for fast paced, energetic concrete jungle gyms. Cities are hard and angular, a testament to man-made beauty and malice. Traveling gives us inspiration and new connections; the fairest few will journey home to the forest with us.

We appreciate coming home to our pure, simple and quiet lives. Let me paint a mental picture: hiking through a dripping mossy forest, damp twigs snapping easily under thick soles of a tightly laced boot. Later, cozy by a glowing fire and sipping on a medicinal potion brewed of herbs, we peacefully observe and relax. We create time to hibernate through the winter and settle into the long northern nights, focusing in on our natural rhythms.

Anchor Hill has held space at many a long winter night’s gathering, embraced by the young people o our Gulf Islands, giving us a chance to come out of hibernation and connect. His sounds draw emotions of nostalgia. All that is good about a rustic Hall with cedar wood paneling on the walls, serving bliss balls instead of beers. I feel nostalgia for a weekend festival deep in the trees near a cool river in the heat of summer. There is moss winding along the border of the river, deepening textures from absinthe to emerald. We celebrate the purity of our rivers and lakes, and the silly laughter of a young farmer tending to a permaculture garden.

I listen to Anchor Hill while driving down the I-5 when I need to be reminded of where I come from. Billboard, McDonalds, Gas Station, intersection, WalMart, repeat. His loyal followers and friends are those who value our culture of late night hall shows and house parties, where freedom of expression through dance and portrayal of archetypal characters reign. Speaking in Archetypal terms, Anchor Hill is the true embodiment of a Forest Elf. His music contains samples pulled from nature, sounds of water and frogs. 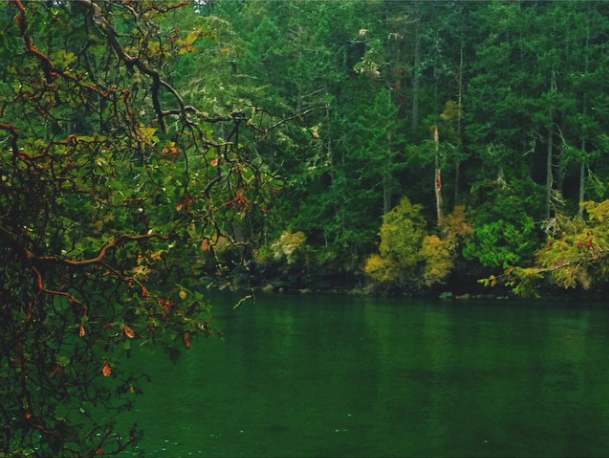 This EP titled “Subatomic,”contains four fairly long tracks. Each of the tracks contain similar tones of percussion, keys, wind and string with vocal elements. They explore different eras in time and stretch through distinct emotional movements.

The first track “Subatomic” starts off hard and bassy. It sounds like atoms bouncing around, occupying empty space. The empty space gives way to conscious play on the dance floor, allowing movement to flow creatively. Long soaring notes of the flute relax my shoulders; my hips and jaw follow, reminding me to breathe deeper. Tribal vocal samples bring a human element. There are elements of water, and hidden deep between the layers is a sample of a frog taken straight from the forest. You know you’re in British Columbia when you hear a locally produced song that contains frogs.

The next track is titled “Storm Damage”. It brought me through an ebb and flow of tribal energy, an uplifting intergalactic journey, binding to roots and soaring upward and outward. He uses technology to produce ancient rhythms, inducing imagery and epiphany amongst a melding group of bodies collectively being.

The track titled “Superwave” is the most crunk and hip-hop infused on the album, rolling through male vocals and transitioning to sweet guitar melodies. It confronts emotions and inspires physical movements on the dance floor, flowing from confidently defiant, fast and angular, to sweetly lilting and feminine. The transition at 1:30 is full of layers and a bit chaotic. The chaos may have been intended as it creates a build up to the release of the guitar melody at 1:45, to a drop bursting with squishy frequencies fifteen seconds later. The contrast between hip-hop infused vocals and heavy bass lines with sweet melodious string instruments and keys helped create a playful, diverse sound. 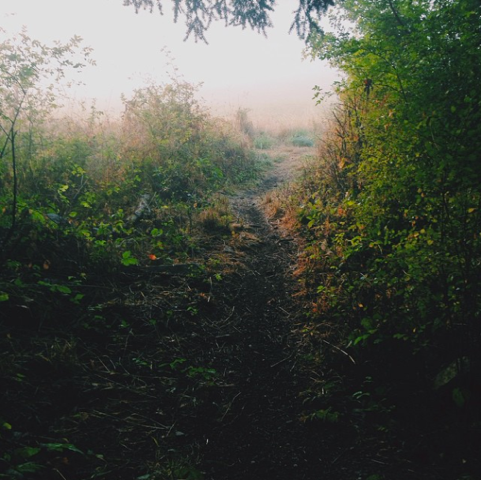 “Holy Ghost”, the last track on the album, is titled as so because it uses gospel vocals and wind instrument samples. It moves into a more downtempo flow at 2:30 and deeper into bass territory at 3:00. It closes with low pitch string instruments and vocals.

I feel blessed to come from a place with a heart-centered focus towards music. We have the privilege of attending events that facilitate healing and strength within community. So far off the beaten path, our micro-scene thrives and goes deeper within. We nurture talented producers and encourage them to continue to hone their skills and capture sounds to showcase for us. Anchor Hill holds a special place in my heart, and reminds me of what I love about living in British Columbia. I thank him for that, and encourage you to come dance with us.