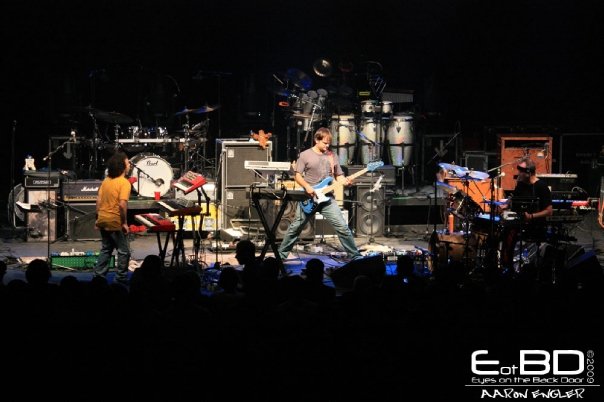 -Interview with Mickey Kellerman and Felix Moreno of Future Rock–

Clearly, Future Rock is about utilizing new musical technology to create melodic landscapes. Can you describe the group’s understanding of the impact that synthetic sounds can have upon organic music/song structure?

Game of Thrones is one of the most highly rated television series. It is created by David Benioff and D. B. Weiss. game of thrones season 7 episode 2 George R.R. Martin writes it at first as book series called “A Song of Ice and Fire.” HBO Company brought it to the screen.

Felix: Alright LiS!…Great question. Let’s get intense. Right now, I’m on an airplane while listening to Deadmau5. When put in historical context, a perfectly fitting activity to be in the middle of while answering this question. Western organic music and song structure is rooted in the development of music and instrument craftsmanship dating back to the late 16th century. For the artisans and musicians of that time, I imagine the concept of flying was probably more imaginable then the musical method and tools available to Deadmau5. With that being said, for me to look back and see the connection from Deadmau5 to Bach is easy. Tonality, Meter, Counterpoint, Recapitulation….all these methods still exist. But now two huge differences have emerged. First, these musical methods are now available in reverse. For example, how could you be atonal before tonality was invented? And second, electronic synthesis expands the sonic landscape infinitely. We no longer have to build an instrument to make sound. We can literally just imagine the sound we want to hear and recreate it electronically. To sum up, the electronic and organic have fused, to the betterment of all, creating one sound that enables man to be one step closer to the divine.

With more and more musicians embracing organic-electronic musical fusion, what kind of future do you think fans of Jamtronica can look forward to?

Felix: Jamtronica fans can look forward to the retirement of the term jamtronica. Let’s move beyond how the sound was generated and just listen. It’s only a matter of time until all music is a blend of the electronic and organic so that the use of terms like livetronica and jamtronica are useless. I look forward to that day.

Mickey: There seem to be more and more musicians popping up in the scene that really have a depth of understanding of how to utilize the newest and greatest tools on the market. While we have stayed away from going the laptop/dj route for our show, I’ve seen lots of great acts in the past year or two who have embraced the laptop/dj format and have put on killer shows. i think that the future of live electronica will probably see some kind of happy-medium between live instrument-only bands and laptop/dj only acts.

What were some of the high points of this summer’s tour on the festival circuit? Which show do you think best exemplifies the Future Rock experience?

Felix: Oh boy…too many highlights to pick one. Rothbury was really special. Religious, I would say. That show had the full FR production experience: sonic-plus-visual-overload-fist-pump-extravaganza. Often, the shows where I don’t know what to expect are the best. This year was the first time I had even heard of Harvest Festival in Minnesota. I got super emotional onstage because the fans at the show were so overwhelming enthusiastic about the music. It ended being a really musically rewarding evening for us all. 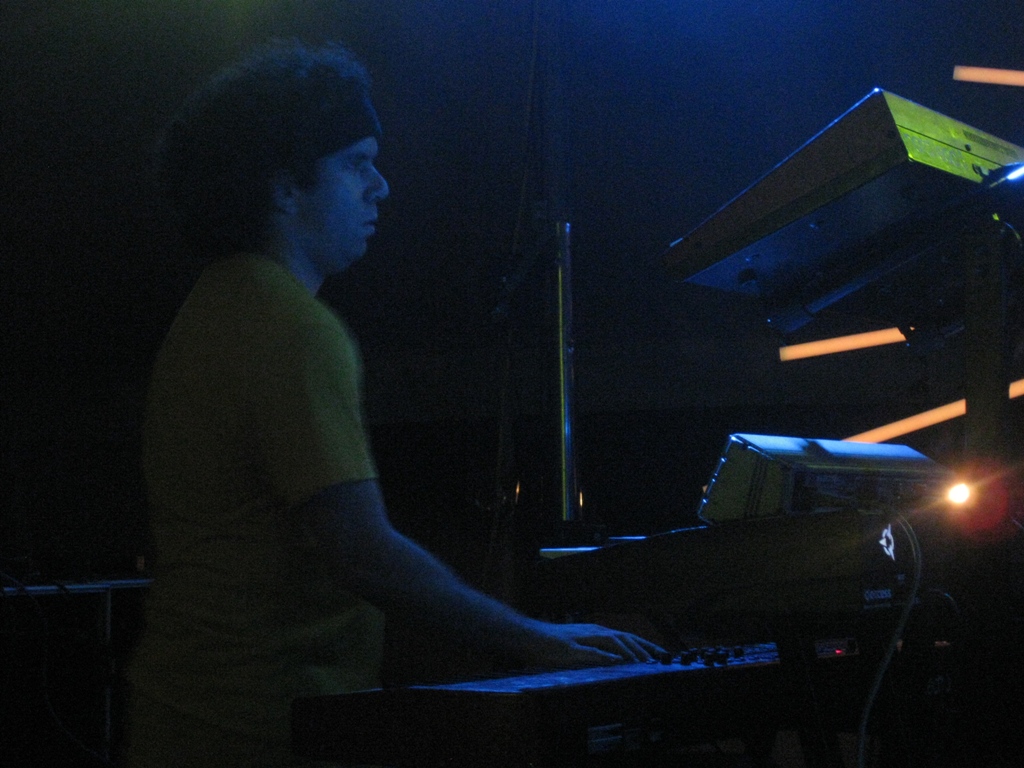 You will be touring the Northeast in December. What would you say is the difference, if any, of a headlining FR show from a late night set at a festival?

Mickey: When we play headlining shows, we have the opportunity to have complete control over the production of the show. For instance, we have a killer light set-up and an amazing lighting guy, Matt Greer, who we bring out with us for headlining tours. A lot of times at late night festival sets, we only get 15 minutes to set up and we can’t really bring our own lights with us. As far as the music and the energy we bring to the stage, it doesn’t matter what the situation is, we always give everything we have. Future rock shows are always huge, fist-pumping dance parties.

You say that “99 percent of (your) live show is live”. Can you describe the synthesis of a live Future Rock show in more detail?

Felix: We are not 99% live; we are 100% live. Everything is played, triggered and/or manipulated live…a combination of live-playing on organic and electronic instruments, live-sampling of organic and electronic instruments, plus triggering pre-recorded samples. As far as the electronic world is concerned, our sampling technology is extremely crude. I have two Boss RC-20 loopstations and Darren has a Roland SPDS drum sampler. That’s it. Every time we do sample we take a huge risk because if my foot or Darren’s drumstick is out of time even just a little bit then a musical trainwreck is moments away. We like to live dangerously. Keeps us honest and the crowd subconsciously senses the liveness.

Felix: Let’s just say it would take a huge occasion (like a LiS Festival) to make a set like this happen again. We had a great time doing it, and the performances were very special to us and I hope they were to many of our fans. But that’s all they were… single performances. Right now we are extremely happy creating Future Rock.

What Future Rock music/multimedia can fans look forward to in the near future?

Mickey: This month, we are finishing up pre-production on a new live album that we recorded over the summer and that we’ll be releasing 1st Quarter next year. we’re really excited as it will be the first “official” live future rock release. We’ve also been writing a lot of new material in the past year, a lot of which will end up on the new studio album we’re planning on releasing next year. We also have a few music videos in the works and a few other surprises in store.

(Thanks for the great interview guys! We can’t wait to catch you in December while you tour the Northeast!)

FUTURE ROCK ANNOUNCES NEW YEARS EVE PLANS (From FutureRock.com)
For the fifth consecutive year, Future Rock will ring in the New Year (2010) at home in Chicago, doing what we do best… performing LATE NIGHT, this time on 12.31.2009 at The Kinetic Playground. And this one figures to get rowdy, as electro-funk/hip-hop producer duo Dark Party (Eliot Lipp & Leo123) and electro-house turntable maestro DJ Thibault (Austin) are on hand to keep the party raging to the wee hours of the morning. Join us as we turn the Kinetic into something you’ve never seen before, with massive art installations and a monster light show. Heck, we’re even threatening to bring in bigger sound in order to blow the roof off the place! Doors are at 9pm, and music starts at 10pm. A limited number of pre-sale tickets will be available for the discounted price of $20.00. They’ll move to $25.00 after Friday, so we suggest you get them now! Tickets available at Silver Wrapper.

“Show up. Stay present. Bring your best.” Arriving onto the ‘set’ of Wanderlust Festival was somewhat…