Check out these exclusive tracks from Ila Mawana’s debut album “Soldiers of Sound”:

Ila Mawana is a red, green and yellow submarine navigating the very high seas of roots rock and reggae dub. The groove contingent is poised to emerge as Boston’s next breakout reggae act. Formed years ago, Ila Mawana truly came to life last summer as they began writing material with organ/rhodes player Jason Moore and drummer Sammy Wags. They are a part of a new wave of reggae played by young, collegiate musicians that pack a melodic wallop heavy enough to appeal to both veteran rastas and those who may be virgins to the powerful music of Marley, Jimmy Cliff and Burning Spear.

Unlike some rasta acts, this nine piece ensemble doesn’t go out of their way to produce that classic reggae sound. Ila Mawana’s heart may lie in reggae’s past, but their diverse take on traditional roots/reggae is what I perceive to be the future. In 2010, many new acts within their scene continue to sing and write songs regarding Jamaica and rastafarianism. So many of these musicians find it necessary to channel these ideas despite their own disassociation from them. These psudo-rasta lyrics are missing a necessary authenticity, and the lack of genuine experience fails to make their words unique and timely. Ila Mawana is able to retain the beauty and energy of traditional reggae lyricism, while creating more modern and identifiable messages. The band’s instrumentation and composition moves and comes alive under that same approach. 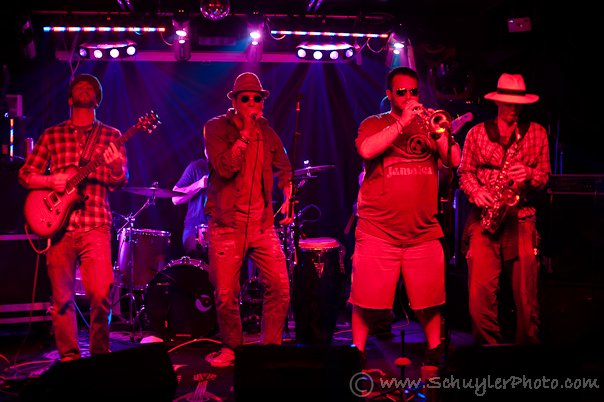 “We all wanted to play groove oriented roots/reggae but didn’t want to conform to the conventions of modern reggae,” said Dave Rosen, Ila Mawana’s guitarist, manager and jack of all trades.”We put a high emphasis on vintage tone, for example having real horn players and a vintage hammond tonewheel organ rather than the digital equipment everyone uses today.  If you go to a modern reggae show a lot of the times you’ll see digital keys playing horn lines rather than horn players, this is just one example, but the energy we’re able to create has a lot to do with our sound and we’ve definitely found the right group of people and have created a family rather than just a group of musicians.”

Vocalist Gianpaolo Blower is the high baritone mouthpiece for the band, always passionate and often smirking. Blower is easy to spot in a crowd- worn jeans, bare feet, plaid button down, an assortment of flair and a straw fedora. Besides being a crucial part in holding it down as the band’s manager, Dave Rosen’s guitar rhythms keep things solid and he can rip a reggae skank like no other. Jason Moore’s dirty work on the organ often causes my head to bang and my face to scrunch up as his fingers fly down the keys. When he plays some of the notes for a longer time during their live show, some songs can quickly turn into a Sound Tribe Sector 9 style dark keys sound. Sara Honeywell (trombone) Nancy Loedy (sax) and Trevor Bernatche (trumpet) make up Ila Mawana’s raging horns. If these three are not  jamming or musically dueling with each other on stage, they are kicking brass with their wild dance moves. What I like most about Ila Mawana’s live shows is that all nine members get numerous chances to tear up a nasty solo to show off their prowess. The band has shared the stage with heady acts such as Toubab Krewe, Spiritual Rez, Groundation, Burning Spear and The Original Wailers.

After playing some Northeast dates earlier this month- including last weekend’s Heady Fest (Oneonta, NY)- Ila Mawana returns tonight (Saturday May 15th) to Boston’s Harpers Ferry to officially drop their debut full length release, “Soldiers of Sound“. They will continue their Spring Tour hitting up Florida, Texas, California, and Oregon to spread the love all over the country. 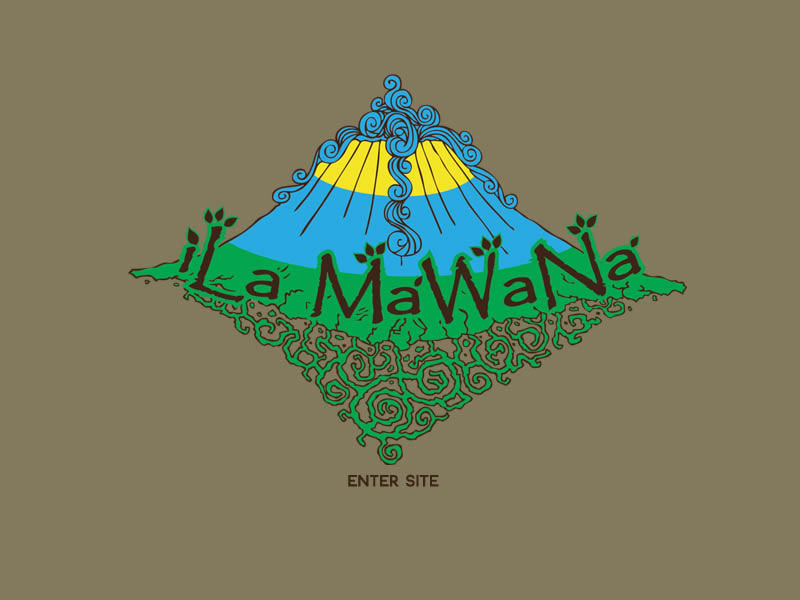 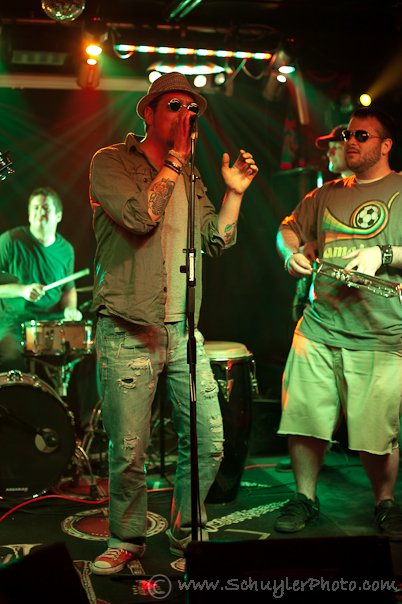 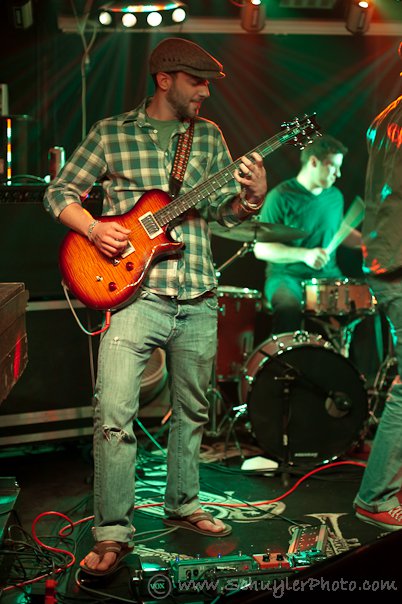 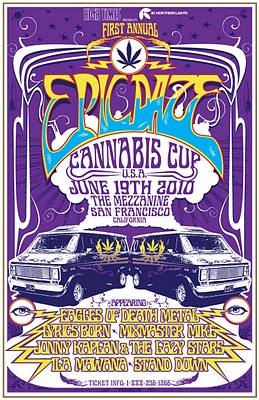 The evolution of musical collaboration is always worth paying attention to. Two minds are often…