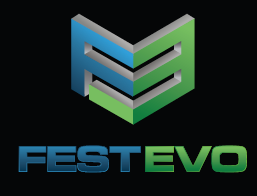 [LiS] Can you explain how you came up with the concept for FestEvo? Was it out of necessity?

[Tucker] I came up with the concept for FestEvo at SXSW last year. I was in town for the week and had a really incredible time chasing music across the city with my Austin friends. The thing about Austinites is that they still have to work during SXSW, so there were a couple nights that I was solo. It was still fun, but festivals are always more fun when you have a good group of people with you. Once SXSW came to an end I jumped back onto Facebook for the first time in a week. The first four posts that I saw were from different friends of mine from different parts of my life that were posting about their own SXSW experiences. We didn’t know each other were there, and I felt like I had been robbed of good times. This wasn’t the first time that this had happened, but I wanted it to be the last. Therefore, I decided that I was going to create a website that would allow festivalgoers to select the festivals they are going to, and FestEvo would show the user which friends would be going as well. After that I started playing a game I call, ‘wouldn’t it be cool if…’ Fast-forward a year and suddenly FestEvo is the only app you will ever need to festival with.

Run us through briefly how it works.

FestEvo makes going to festivals easy by giving users the ability to discover new festivals and artists, learn about those artists and festivals through their integrated social platforms, find tickets and rideshares, and listen to the lineup individually through Spotify or SoundCloud.

What is your favorite feature of the app?

My favorite feature is the ability to go to an artist page and see their festival schedule. We have European festivals added as well, so it’s really fun to check out all of the foreign festivals your favorite artists are playing at.

Festivals are more fun when you go with a big group of people and really know the artists you watch. Right now there isn’t an easy way to do these things. I believe that people who download it will be able to go to festivals with larger groups and be able to easily listen to the lineup; in turn FestEvo users will have more fun during the festival.

What is your perception of the integration of technology and festivals?

There is a fine line between technology being useful and annoying. Thankfully, the line is pretty easy to define. If you are using technology to find your friends or capture a memory, then I believe it’s ok. If you are then going the unnecessary step of recording tons of videos that you will never watch and sitting there posting the pictures online during the festival, then you may be blowing it. The festival only lasts so long; don’t do anything that takes you out of the moment.

Being known as “The Festival Guy,” it’s no surprise that you’ve attended quite a few festivals. Which one is your favorite of all time?

I would have to say my first Coachella in 2011. I just could not believe that you could have that much fun in a weekend. There was so many friends, unforgettable performances, and sheer energy packed into three days. That specific festival (Coachella 2011) was where I realized that there was something to this community that I never wanted to leave. It’s funny to look back because I basically haven’t left it since then. After attending SXSW and The BUKU Music & Art Project in New Orleans this year, I’ve now attended 50 festivals in a little over three years.

What will the festival scene be like in ten years?

It’s going to be even better than it is now. One thing that FestEvo is going to do is have attendees fill out legitimate surveys about the festivals they attend. This is going to help the good ones get recognized, and it will help the others improve.

If you could give one word of advice to someone attending their very first festival, what would it be?

That’s a really good question. I have a video series coming shortly in which I walk first timers through the best way to prepare for a festival: how to camp at a festival, the best practices during the festival, and what you can do to improve the festival for everyone else. I guess if I had to give one piece of advice it’s that you should be in the moment wherever you are. It’s easy to get stuck worrying about what’s next and where everyone is, and before you know it the weekend is over. Take a second to remind yourself to really listen to the music and enjoy being around the people you love and you will have the best possible time.

If you could camp with one celebrity (dead or alive) at a festival, who would it be and why?

If I could camp with a celebrity I would choose Barack Obama, on the basis that over the course of the weekend we could show him why these festivals are so popular and why they are so important to humanity. It would also be good for him to have a weekend to let his hair down a little bit.

Game Killer is an excellent android game hacking app. This app helps you to hack…