With the recent outcry over the now sold out Burning Man 2015, many of the quirkier hippies are without a yearly bacchanal to flock to in the mid-summer months. Many claim a sold-out Burning Man defeats the very PURPOSE of Burning Man, but that’s a much larger story for a much more analytical reporter. Plenty of die-hard burners and newbies are looking beyond the playa this year to get their fill of larger-than-life art installations, out-there theme camps, and wildly costumed revellers dancing to newly premiered tracks under the stars. 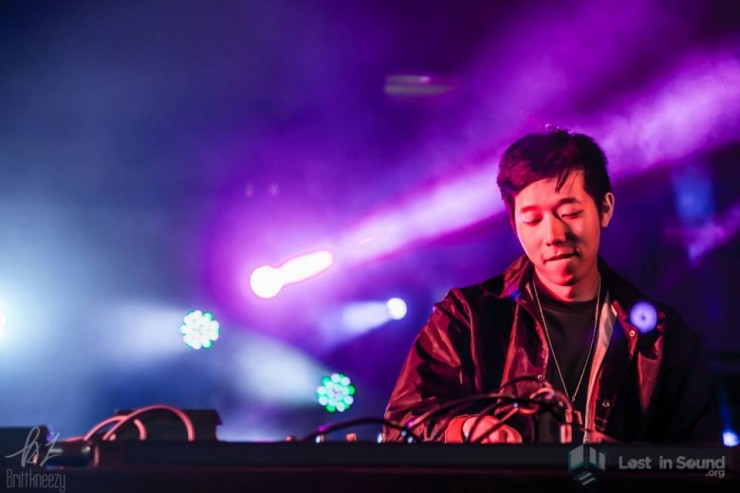 The west coast is a breeding ground for creative arts gatherings. These multidisciplinary festivals focus on being a hub for fans of “Music AND…”: Music and Art, Music and Spirituality, Music and Technology, Music and WHATEVER. The attendees are there to immerse themselves in a sensory experience that allows them to learn and play like children, a novelty that many of us need after the 9-5 life we live day in and day out. The cathartic creative energy that surrounds these events is palpable. 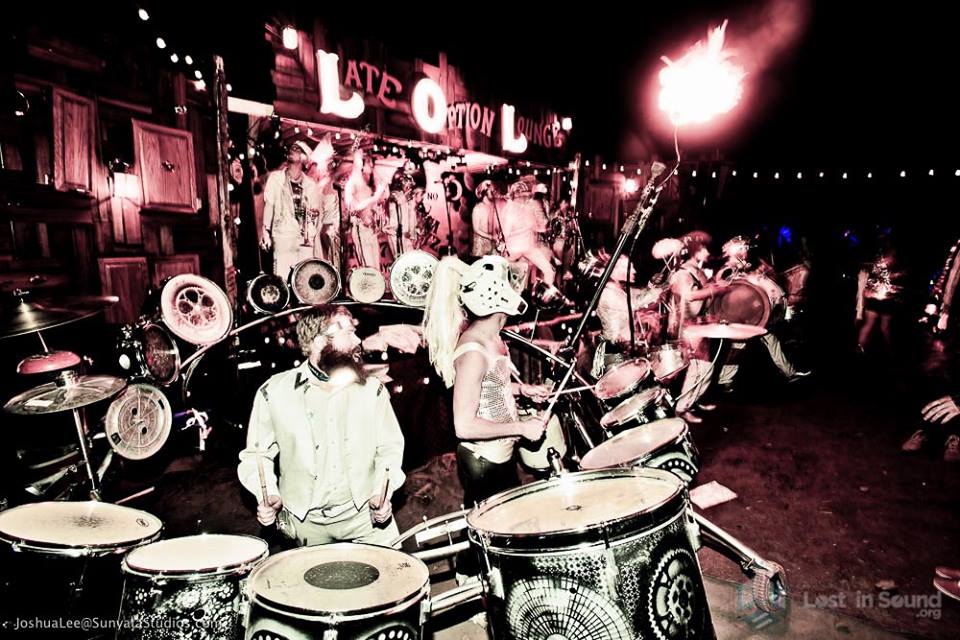 One of the more recent incarnations of this culture comes in the form of an intimate gathering in the woods of Northern Oregon. What the Festival?! (WTF?!), which takes place June 19th – 22nd at Wolf Run Ranch in Dufur, Oregon, puts its cheeky name to work by creating an interactive summer camp experience. This haven for Portland counterculture, complete with a Downtempo Japanese Teahouse and a Hookah lounge out of a Lewis Carroll novel, sets itself apart by creating stages and features you can experience with ALL your senses. Stages have names like LOL!, EFFin! and OMG!, and utilize exceptional sound systems, light displays, and even a wading pool to provide a unique entertainment experience. Yes, that’s correct….A wading pool stage, which makes perfect sense at a steamy hot festival set in the Pacific rainforest. The food selection is award winning, literally, sourced from Portland’s famous Food Truck scene (it’s huge, if you didn’t know). Guests can visit the Cinema in the woods to see first run independent films and climb on larger than life art installation playgrounds. There is also an exceptional soundtrack to this whole adventure, which I haven’t even begun to mention. 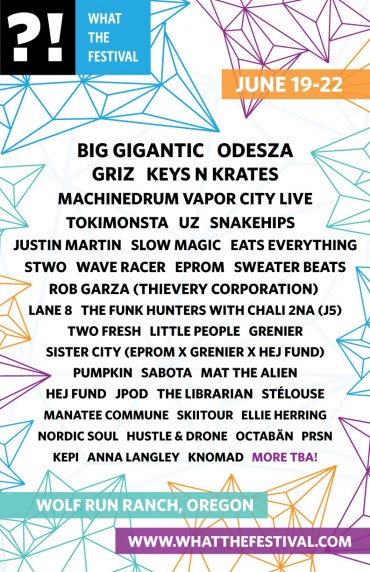 Yes, there is a KILLER lineup to accompany the festivities. Headlined by the coolest band geeks around, Big Gigantic and Griz, the stacked artist roster also highlights trap pioneers Keys and Krates and the strangely uplifting Odesza. The real highlights are the lesser known artists that make this oasis in the woods into an intimate showcase of new projects and recently discovered talent. West coast favorites like Tokimonsta, EPROM, and Slow Magic fill up the eclectic lineup. Machinedrum ‘Vapor City’ Live returns for another year, performing trip-a-delic rhythms live for the crowd. Also on the lineup is Thievery Corporation’s Rob Garza, who lends a sophisticated, chilled out vibe to the already mature, chilled out crowd (most of the audience is 22 and over). 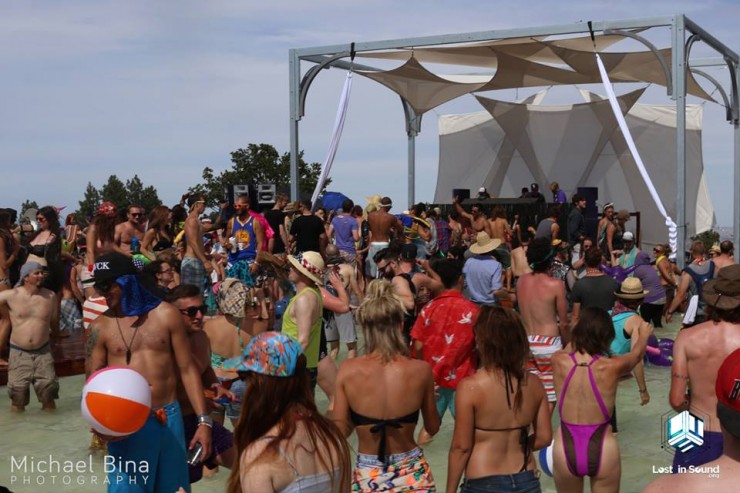 Named one of Fest 300’s “11 alternatives to Burning Man”, the major appeal of this event versus the big bad Black Rock is the fact that it’s still relatively unknown. Population hovers in the low thousands, so you will totally see your neighbors at the giant discoball. Festival Guy (Festival Guy’s 2013 WTF?! Review) gives WTF?! “a perfect 5 stars” and calls it a “Las Vegas pool party with WAY cooler people, and you don’t have to go to Vegas.” It is clearly a favorite among those who know quality experiences. Vice magazine describes it thusly: “What do you get when you grab a bunch of EDM, throw in some hard bass, and sprinkle a dash of Portlandia somewhere in Oregon? Pretty much a few thousand wild souls in a dark forest with barely any lights to guide their dancing pilgrimage except for the biggest disco ball in the Northwest United States… “.

The camping options are wildly diverse, with options for large safari tents, boutique camper hook ups, preset furnished two person tents, or plain old walk in woods camping. The accommodations are described as “Luxurious”(Headstash), regardless of tier, which is unique to a festival that is also described as being refreshingly non-commercial in comparison to it’s West coast counterparts. WTF?! has provided a multi-faceted experience that will draw as much curiosity as it’s strange name. Tier 1 tickets start at $225 and are available online here.