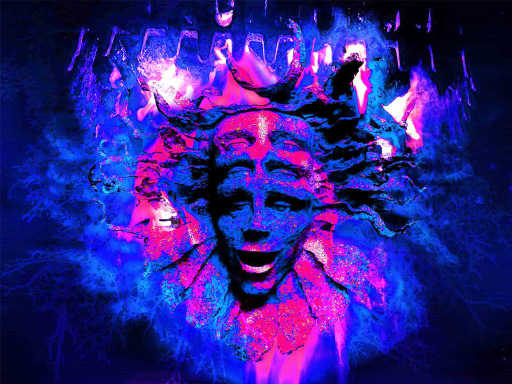 It’s very rare to come across a Shpongle remix or re-edit that is done well. Well enough to even listen to. Most of the time, Simon, Raj and the Twisted Records family, have sat in Simon’s incredible studio for months on end perfecting each individual track twiddling a wealthy amounts of effects processers. Most of the time it comes out perfect beyond imagination. Shpongle is something that already feels remixed. It can’t be done better. However, I believe anybody who has tried before,whatsapp plus apk could have met their match. Combining bass elements of recent tastes with the ever triptastic Shpongle track – “Periscopes of Consciousness”, I’d have to say Perileyes (Sheridan Willard and Liam Collins) is on to something here.

Dizz: Your re-edits, do they use 100% original synthesized bass tracks and samples?
Perileyes (Liam Collins): They depend. The Shpongle re-edit is basically me chopping up sections and rearranging it and adding all the drums and bass sounds as well as a few little effects here and there.
Dizz: With this Shpongle one, is it a whole new drum track? Were u able to edit out the old one?
Liam Collins: Yea, I cut it out pretty close to all the way and then added the drums and bass myself.
Dizz: That takes some precision skill there, to cut out some drums like that without the stems, no?
Liam Collins: Yea just the mp3. Luckily for me, the original drums in that track were not terriblly loud and punchy. So with them not being too strong and with the bass being really low in the frequency spectrum it best top load washer review was easier to filter them out. and them adding my parts did a good job of masking/complimenting the little part of the original that was left.

You can get down on some more Perileyes at their Soundcloud.

It’s not very common to describe electronic music this way, but this album pretty much…