Something is shifting in the air. A mindful subset of the electronic music scene has begun to see the community as an opportunity for transformation and progress, not just for making money and partying hard. Festivals are becoming greener, musicians are giving their tracks away for free, and fans are participating rather than simply observing. One artist stands out as heading the march towards a more sustainable, collaborative, and intentional world. The Polish Ambassador is leading by example with a project that is certainly walking the walk, not just talking the talk.

David Sugalski AKA The Polish Ambassador has been capitalizing on his acclaim to push ideas of a more progressive, creative, accountable and sustainable society. He recently started a new collaborative record label, Jumpsuit Records, which features new music being released by spiritually conscious artists and given away for “name-your-price”. He allows the use of his brand image, requesting that anyone who profits from the use of his likeness donate half the proceeds to a local non-profit organization. He has also spotlighted fans’ artistic endeavors, often gifting them a big break for their work by bringing it into the public eye.

Recently, The Polish Ambassador has been utilizing the wide reach of his popularity to promote principles of permaculture and a more environmentally conscious lifestyle. Through social media, Sugalski has been educating his fans about the importance of local, sustainable agriculture and the necessity of taking responsibility for our environment. 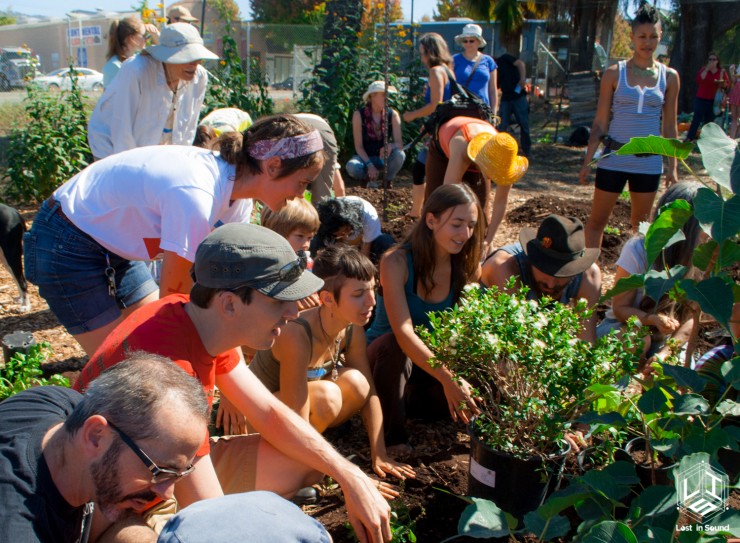 Even more impressively, TPA has been actively involving fans in projects that directly improve their communities and give back to the Earth. The fall 2014 Polish Ambassador tour, called the Permaculture Action Tour featured a community-based action day that focused on environmental sustainability coupled with each show. The idea is that the arts, and specifically music, can be a catalyst for change in communities and empower individuals to take responsibility and action. Perhaps to even TPA’s surprise, their campaign worked. Shows sold out and people showed up to the action days by the hundreds. 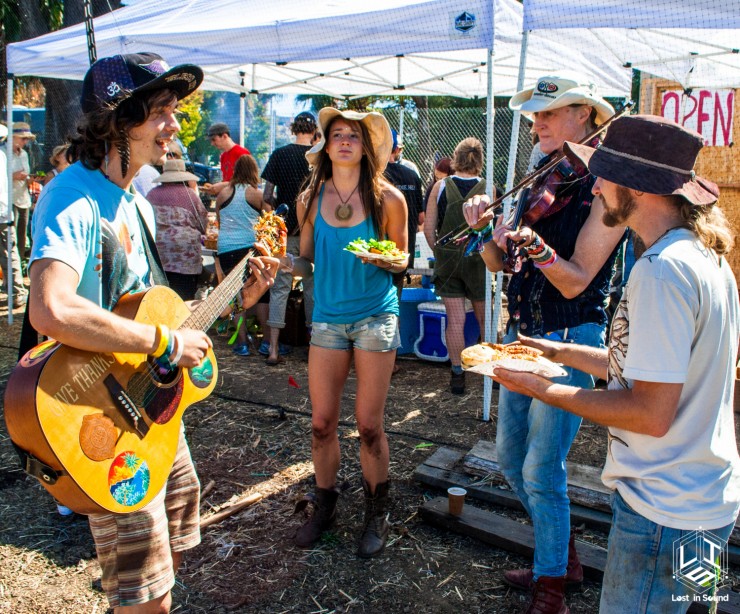 In order to ensure that the crew was well rested for long days of physical labor and to encourage fans to show up to the action events, the shows started early and ended by midnight. While some fans were put off by having their full-priced Saturday night ticket wrap up at such an early hour, TPA made it clear that encouraging community participation in their broader vision was more important than fans’ expectations for the show’s end-time.

In addition to organizing and promoting the action days, The Polish Ambassador has been pushing radical progress towards a more mindful and healthy way of life in other ways, like committing to carbon-neutral touring, encouraging bike culture, and ensuring non-alcoholic beverages were for sale at every show. Overpriced bars still served drinks at the shows, but independent, fair-trade, and impact-conscious vendors set up stalls at the venues as well.

The shows were also unusual in that the openers featured on the tour were Sugalski’s other projects and the artists that collaborated on them. Wildlight is his collaboration with songstress and sweetheart, Ayla Nereo. Mr. Lif co-headlined the tour’s poster and provided some poignant and thought-provoking lyrics of his own. The Polish Ambassador is no stranger to genre-exploration, but having the focus on Mr. Lif in this collaboration certainly highlighted the hip-hop element of his beats. The three artists are working on a new collaborative project together known as Terra Bella. The tour’s stage was set in a tall, curved structure that flashed with beautiful galactic projections and trippy live-improvised visuals to compliment TPA’s funky, futuristic beats created by Liminus, TPA’s acclaimed, permanent visual designer. The presence of so many iterations of the same talent at the show was an interesting choice that seemed to foster TPA’s mission of creating a community so intimate and accountable to one another that they might as well be family.

It is standard fare at TPA shows for both Sugalski and Nereo to take time out of the sets to speak to the audience about their vision of a cleaner, more communal future. With such a hard cap on the show’s end time, many fans were frustrated by the fact that the speakers were projecting more than just music. While fans have a choice to read TPA’s environmental pontifications or not, they buy tickets to his musical performances expecting to enjoy the act without having to endure further soapbox bloviating. Yet this is exactly the attitude that The Polish Ambassador has no qualms alienating in pursuit of a brighter future.

Since wrapping up the Pushing Through the Pavement Tour, The Polish Ambassador has continued to push permaculture action days in tandem with performances. Before Envision Festival, TPA hosted a permaculture action day in Costa Rica working with youth in the community and planting fruit trees. Lucidity Festival took the commitment one step further and hosted a 3-day Permaculture Action Course leading up to the festival as well as TPA’s action day planting drought-resistant landscaping at the Alpha Resource Center, a school and service center for people with developmental disabilities. They have more action days in the works with the festivals they’ll be performing at this summer.

While the Polish Ambassador’s dogmatic commitment to loudly and proudly shaping the world he wants to live in can rub some fans the wrong way, his passion is admirable and his cause is just. Perhaps if more artists were willing to risk their fans’ adoration and utilize the platform that their fame offers them in pursuit of a greater cause, our society would evolve much more rapidly towards one of radical acceptance, love, and growth. Humanity’s bounds are limitless, and if those with influence can use their power for good, there is no telling what we may be able to accomplish.