Pretty Lights just tore up Bonnaroo. Now he is letting the world know about it, as he prepares to do similar things across shows & festivals in this epic start to Summer2011. The unveiling of the light show as well as a flurry of never heard tracks, made this an unforgettable moment at this years vast and ever-popular Bonaroo. It was one of those moments when the performer has kids sweating, swaying, and losin’ their shit all in unison. Checkout out this riiiidiculous video, recapping the performance dubbed to the BRAND NEW UNRELEASED track, “I Know the Truth”. I just heard this track and damn am I excited to hear the rest of ’em. This shit is (and I hate to over use these “heady lot” phrases), but this shit is serious fire. Now Get Down!

Next up for your yearning souls is another fresh-off-the-press track, this time praising and re-arranging other people’s crafty work. His newest remix/mashup -which he plans to release several of this year as he finishes them- is a blend of Radiohead’s “Everything in its Right Place”, Nirvana’s “All Apologies”, and Nine Inch Nails‘ “Closer”. The beginning starts off quite interestingly and you’re hesitant as to where this [just over] 5-minute track will go. But as soon as the beat drops you feel privileged to live in such a digital age. Listen & Download Derek’s first remix of 2011. Enjoi!

In return for all this dope shit that PL releases for free, lets support him and show up to all his live shows. (But you guys know that already, apparent by the sellout crowds that flock to shows around the country) But this one especially: Tuscaloosa Benefit Show. After the disastrous tornado struck on April 27, PL, Big Gigantic, & others have been devising a plan to help out the Tuscaloosa Disaster Relief Fund. To be held October 13 in Tuscaloosa, tickets go on sale June 24 at Ticketmaster.com. 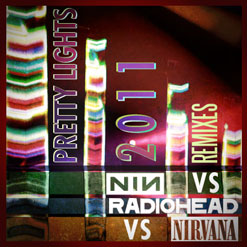